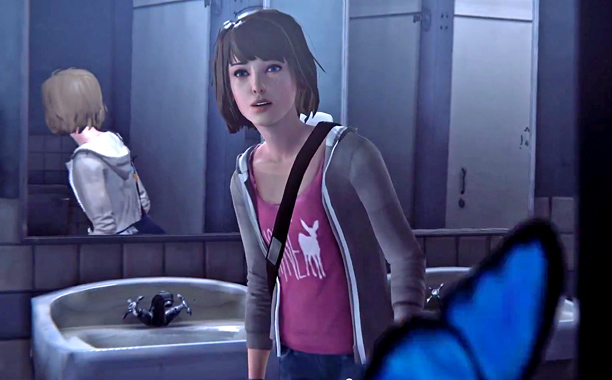 Do You Even Game Bro?

French developers Dontnod follow up their flawed, yet truly unique 2013 title ‘Remember Me’ with an interactive drama that digs deeper than most video games have in the past few years. Its formula feels similar to Heavy Rain, Telltales amazing The Walking Dead with an added pinch of the cult movie Donnie Darko thrown in for that true teen drama flavour.

Life Is Strange follows the life of Maxine Caulfield, a budding (and very talented) photographer who has returned to her childhood hometown Arcadia Bay, in Oregon, to pursue her studies in the medium under the guidance of her idol turned teacher Mark Jefferson.

School life is tough for not only Max, but the people around her. I applaud Dontnod for tackling subjects such as youth depression and bullying, it is something rarely seen in video games, it isn’t all doom and gloom however with a lot of clever humour sprinkled in for good measure through the story. It is a simple premise yes, but also one that opens up the doors to something far more foreboding.

You see Max has apocalyptic visions of a gigantic tornado bellowing down like a juggernaut of destruction on Arcadia Bay, ripping up everything in its path.

It’s with this that the supernatural element of Life is Strange comes into play, the basic mechanics of the game involve traditional interactive drama conventions and semi-linear exploration (much like Telltales The Walking Dead) but also a new twist that allows the bending of time, without spoiling too much, you are able to reverse decisions and conversations you make as the story develops.

The game doesn’t hold your hand however and say ‘oh you just screwed up,’ any decision you make could be right or wrong- there is no ‘correct’ way to play, which I really love.

The first episode Chrysalis of this 5-part series sets up what could one of the most thrilling stories the gaming world will see this year, It is a tense, melancholic affair that sets up huge things and characters we genuinely care about.

Another great thing in this game is its use of licensed music from artists such as Jose Gonzalez and Syd Matters. As a composer myself music plays a huge part in my gaming and film experiences and the score for Life is Strange hit me like a bullet, it was flawless and takes the game to a whole new level with the emotions it provokes scene to scene.

If you enjoyed games like telltales latest The Wolf Among Us and Heavy Rain, or simply want to experience a game experience quite unlike anything else out there I cannot recommend enough you need to jump onto Life is Strange.