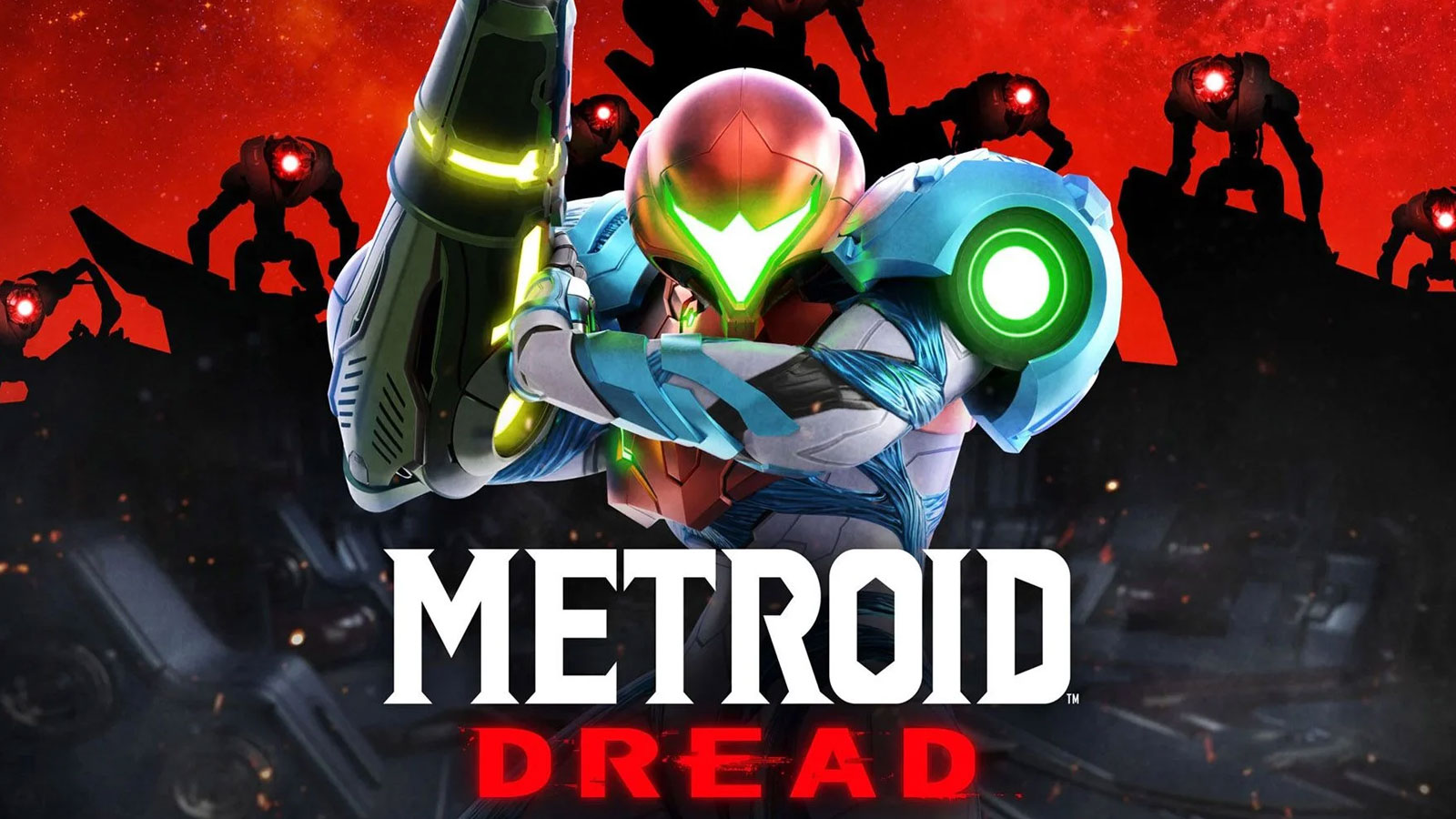 It’s been a long, long time since I was young and spry enough to pull off a marathon video game session from dusk ’till dawn. On a good day I’m lucky if I can play more than a couple of hours of a game before fatigue sets in and I have to put myself to bed. Metroid Dread changed that this week when I found myself so engrossed, so hypnotised and in the zone that I’d lost all track of time before my morning work alarm broke the news that I was in big trouble. If that’s not a glowing endorsement, I don’t know what is.

Metroid Dread’s development journey is an interesting one. A direct sequel to the GBA’s Metroid Fusion, it was originally conceived (and subtly announced) for the Nintendo DS as early as 2005 but was shelved because it wasn’t meeting series producer Yoshio Sakamoto’s expectations with the technology available. Fast-forward more than 15 years and it arrives as a long-awaited sequel in a very different gaming landscape, with a completely unapologetic set of old-school sensibilities.

As a direct sequel there’s a bit to know about the events leading up to Dread, but luckily it’s not so rich a lore that new players can’t jump in with a basic understanding. Series heroine, Samus Aran, has just come away from ridding the galaxy of a parasitic alien threat called the X but quickly learns that not only are the X still alive and well on a planet called ZDR, the near-invincible E.M.M.I. robots sent to investigate have gone dark. Samus sets off for ZDR to investigate, but after a near fatal run-in with a mysterious member of the series’ bird-like Chozo race she finds herself trapped in the deepest depths of ZDR’s underground facilities and bereft of most of her abilities.

Metroid Dread’s storytelling is as traditional as it comes, setting up a number of mysteries early on and then answering them with mounds of exposition in its later stages. There are some neat lore reveals and implications that’ll make the narrative worthwhile for longtime fans, but for casual punters and newcomers the real appeal is in the sense of mystery and atmosphere on the planet ZDR. A big part of that is the E.M.M.I. which, as it happens, have gone completely rogue and stalk sections of the planet where they’ll hunt Samus down at first sight. Metroid Dread achieves its title feature rather well, there’s a foreboding and helplessness that sets in whenever the E.M.M.I. are involved that’s helped by the narrowing soundscape, cold chills of the environment and the fact that these beings simply will not stop the hunt once they’ve found you. It effortlessly flits between classic Metroid action and a side scrolling Alien Isolation.

It probably doesn’t beg explanation, given the Metroidvania genre’s very obvious namesake, but Metroid Dread’s game design is completely in line with the series’ other side scrolling entries. As Samus explores ZDR, she’ll gradually regain her abilities (and then some), offering her new ways to get around each environment and opening up paths to exploring higher and higher toward the safety of the surface and her waiting ship. It’s a tried-and-tested design and with the pedigree of Metroid in the genre it makes sense that it works incredibly well here.

Bosses are usually huge, multi-stage affairs that force the player to make full use of every ability they’ve gained to that point and are universally pretty excellent. The occasional scrap with powerful enemies closer to Samus’ size are a formidable challenge though that’ll definitely have some players breaking a sweat and cursing. There are no difficulty or accessibility options to speak of, so if you find yourself coming up against a challenge your only options are to turn back and hope to find a few more upgrades or git gud, which is an incredibly satisfying feeling if you’re able but no doubt a source of frustration if tough action games aren’t your bag.

Meanwhile the new E.M.M.I. sequences are fun, tense tests of both your skill and wit as you conquer the environment and also use it to your advantage to escape, while occasionally trying to solve puzzles whilst being hunted, and the satisfaction of finally earning another shot of the Omega Cannon to take one down is immense. The E.M.M.I.s ability to switch from spider-like rushing speed to tall, lumbering frames that slowly duck under door frames makes them feel like something from a survival horror, as does their penchant for smashing Samus’ face in with robotic protrusions.

The 10-12 hour campaign charts a rocketing pace through a bevy of biomes. Although the first half gives the impression of a claustrophobic and considered experience it changes up considerably after the halfway mark, where Samus’ abilities turn her into the bonafide bad-arse action hero she always was and the flora, fauna and mecha of ZDR turn the heat up to match. There are at least a couple dozen upgrades for Samus to find to further her exploration and combat potential, and it’s a great mix of old and new. The feeling of gradually building up to being an unstoppable, acrobatic murder machine is a high like few others, which makes facing down an E.M.M.I. and knowing you’re still a mere fly in its visor all the more chilling.

Metroid’s visual language is crucial to its map design and it’s near-flawless. Despite the labyrinthine nature of ZDR’s underground complexes and the non-linear way in which Samus’ series of upgrades allow her to further explore, I can count on one hand the number of times I had to actively stop and think about where to go next. Dread’s invisible hand expertly guides the player without ever being explicit or signposting in any obvious way. The player and the environment form a mutual understanding that persists until the credits roll and every last secret is found. Some of Samus’ abilities do raise questions, like why would some of an underground alien facility’s rooms only be accessible by someone running fast enough to break a wall – and why would that same wall not fall to a barrage of rockets? But that’s Metroid, I guess.

Visually, Metroid Dread does a lot with a little in its pseudo-2D presentation. The typical Metroid aesthetic is alive and well, but with a huge bump up in detail and plenty of 3D environmental depth to fawn over, especially in later areas. Mercury Steam has used the E.M.M.I. encounters and most of the game’s huge and often grotesque bosses to flex the Switch’s muscle and pan into a proper 3D perspective in a few situations, which is neat. It all looks brilliant on the OLED screen too, the high contrast and vivid colours that the team has used in ZDR’s environments feel absolutely geared towards viewing on the new luxury model.

It runs like a dream for the most part, save at least one bout of slowdown during a particularly hectic encounter. There are slightly lengthy load screens to move to each of the game’s ten distinct map sections though, not to mention the time it takes to find the trains, teleporters and elevators between them with no fast travel to speak of. As fun as exploration is, that can sometimes be grating, especially because dying means losing any map progress or items collected since last visiting a save room and manually saving. I don’t care how old-school or hardcore your franchise is, being punished for exploring by an archaic save system doesn’t fly in 2021.

The video game value argument is an old and tiresome one that’s not going anywhere anytime soon, but the simple fact is that Metroid Dread is poised and priced in line with big ticket console video games when it doesn’t feel like one. That’s far from an indictment of its side-scroller trappings either, it’s less about the game’s production values and more its decidedly old-school, barebones delivery. With none of the accessibility or quality-of-life options that might’ve broadened its appeal to a new audience, it’s a sequel fifteen years in the making that sometimes feels like it was made fifteen years ago.

I’m finding Metroid Dread incredibly difficult to critique. On the one hand, it’s shockingly fun – I was so hooked I blasted through it almost entirely in one session. On the other though, a complete lack of accessibility or quality-of-life settings and an old-school approach to challenge both limits its appeal to newcomers as well as making its status as a full price Nintendo first party title a harder pill to swallow. If you’re a Metroid fan it’s a no-brainer, it’s awesome and you should absolutely pick it up, but if that’s not you it might pay to hold off. 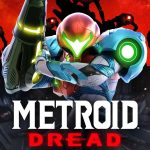 Metroid Dread Review
Samus It Ever Was
An intoxicating power climb, top-notch level design and a fear-inducing hook make this an incredibly compelling and long overdue side-scrolling Metroid sequel. It struggles with sticking too closely to the roots of its decades-old predecessors and could definitely learn a thing or two from contemporary Metroidvanias, but it's a blast all the same.
The Good
Impeccable level design
Incredibly gratifying power climb
Challenging and satisfying boss battles
Looks gorgeous on the Switch OLED Model's screen
Samus controls like a dream
The Bad
A lack of accessibility or difficulty options limits appeal
Occasional bouts of slowdown
8.5
Get Around It

Metroid Dread Review
Samus It Ever Was
An intoxicating power climb, top-notch level design and a fear-inducing hook make this an incredibly compelling and long overdue side-scrolling Metroid sequel. It struggles with sticking too closely to the roots of its decades-old predecessors and could definitely learn a thing or two from contemporary Metroidvanias, but it's a blast all the same.
The Good
Impeccable level design
Incredibly gratifying power climb
Challenging and satisfying boss battles
Looks gorgeous on the Switch OLED Model's screen
Samus controls like a dream
The Bad
A lack of accessibility or difficulty options limits appeal
Occasional bouts of slowdown
8.5
Get Around It
In this article:kieron verbrugge, metroid, Metroid Dread, nintendo, OLED, review, switch, switch oled model, wellplayed