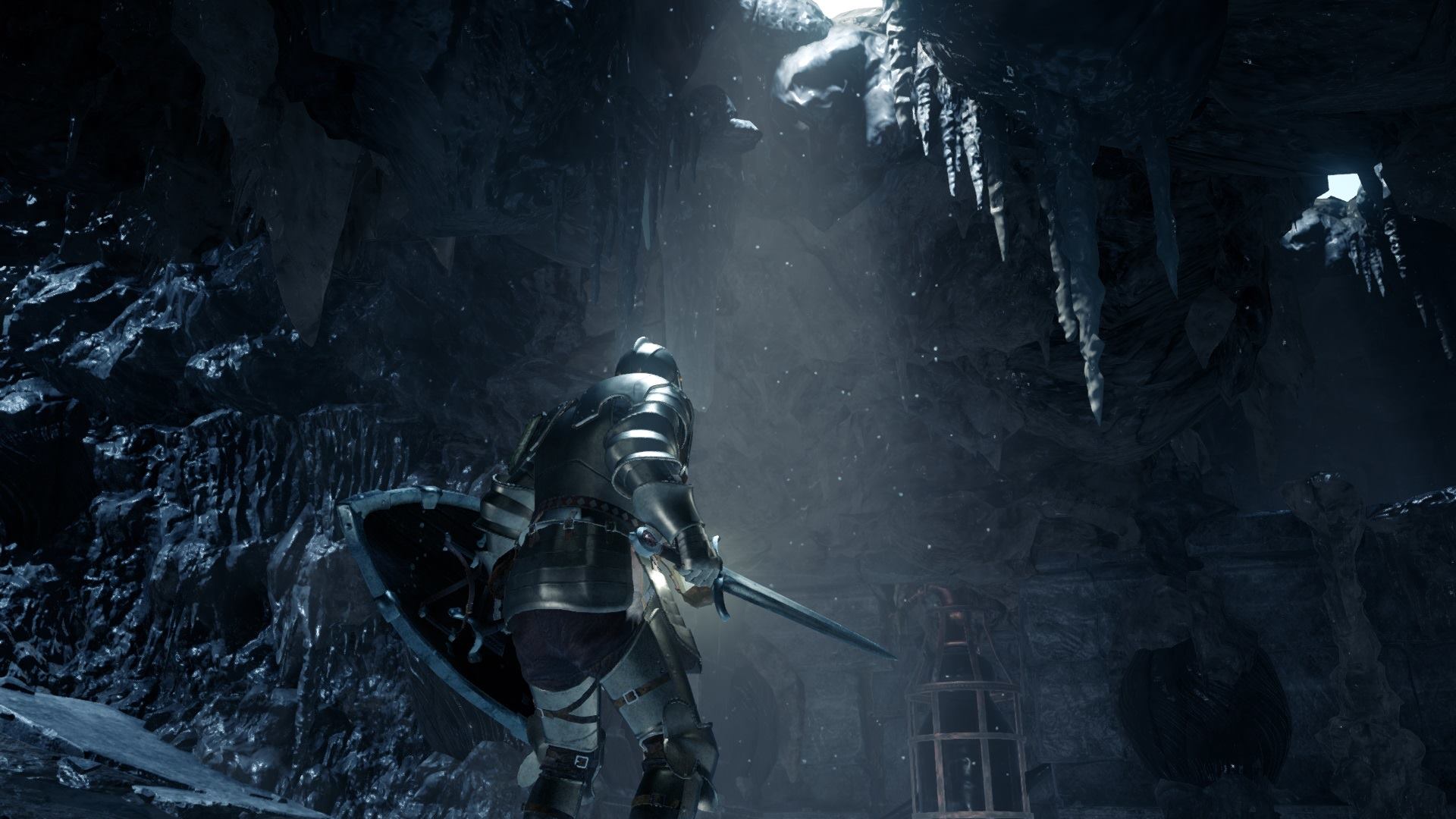 It isn’t unheard of for games which were going to be big to end up going under and kind of just disappear. One of the most notable ones to have threatened to do this recently is The Last Guardian. For the uninformed, The Last Guardian has been in development since 2007 and was originally announced for the PS3 at E3 2009. Many years passed with no word of it only to hear it had been cancelled, only to see it revitalised and announced for the PS4 at last year’s E3 conference. But we aren’t here to talk about The Last Guardian. We are here to talk about Deep Down.

Deep Down is a PlayStation 4 exclusive RPG being developed by Capcom and SIE Japan. The game primarily focuses on single-player gameplay, while having an option to engage in jolly co-op with up to four people (including yourself). It’s touted as bearing similarities to the Souls series, and in some sense it kind of works like Bloodborne as well, where random players drop in and out to help you defeat monsters and find artefacts. Set in the year 2094, players venture about a futuristic New York City, touching magical artefacts that transport them into the distant past to explore dungeons and engage (or avoid) in combat with monsters, all the while seeking treasure. Dungeons are randomised so procedural generation is probably at work here, and the magical artefacts you touch correspond to an emotion, including envy, lust and wrath. It was initially revealed in 2013 alongside the Phanta Rhei game engine. The reveal trailer showcased an armoured bloke doing fisticuffs with a fire-breathing lizard with wings.

Since then not much has been revealed about this title. All that has really been said is that the game was to be a free-to-play title and there was to be a beta for the game in 2014 to coincide with the Japanese release of the PS4. However, this was later to be changed as the beta was delayed to occur after the launch of the PS4 in Japan. Then in the middle of 2014, it was announced it had been delayed to 2015.

Following all of this, we’ve had one report to-date to remind us that this game hasn’t been cancelled because Capcom filed for the fourth (that’s right…fourth) extension on the US trademark. On February 5th this year it was noticed that the extension was filed with the United States Patent and Trademark Office. The application itself stated that the publisher “continues its efforts in conducting product and/or service research or development with respect to the allowed

good and services.” As pointed out by DualShockers, this kind of trademark is in its dying days if Capcom doesn’t actually use it soon. The extension implies that the company intends to make use of the trademark and not just have it sitting there, collecting metaphorical dust. An extension of this kind can only be done five times, and only last six months, and seeing as this extension was filed over three months ago, time is running out for Capcom.

With all this in mind, I would speculate we should expect to hear something at E3 regarding this title as to whether it is still kicking or if it’s been canned. Personally, I really hope this game does see the light of day as it looks pretty unique and I love a good RPG. Here’s to hoping that Capcom don’t just let this one die.