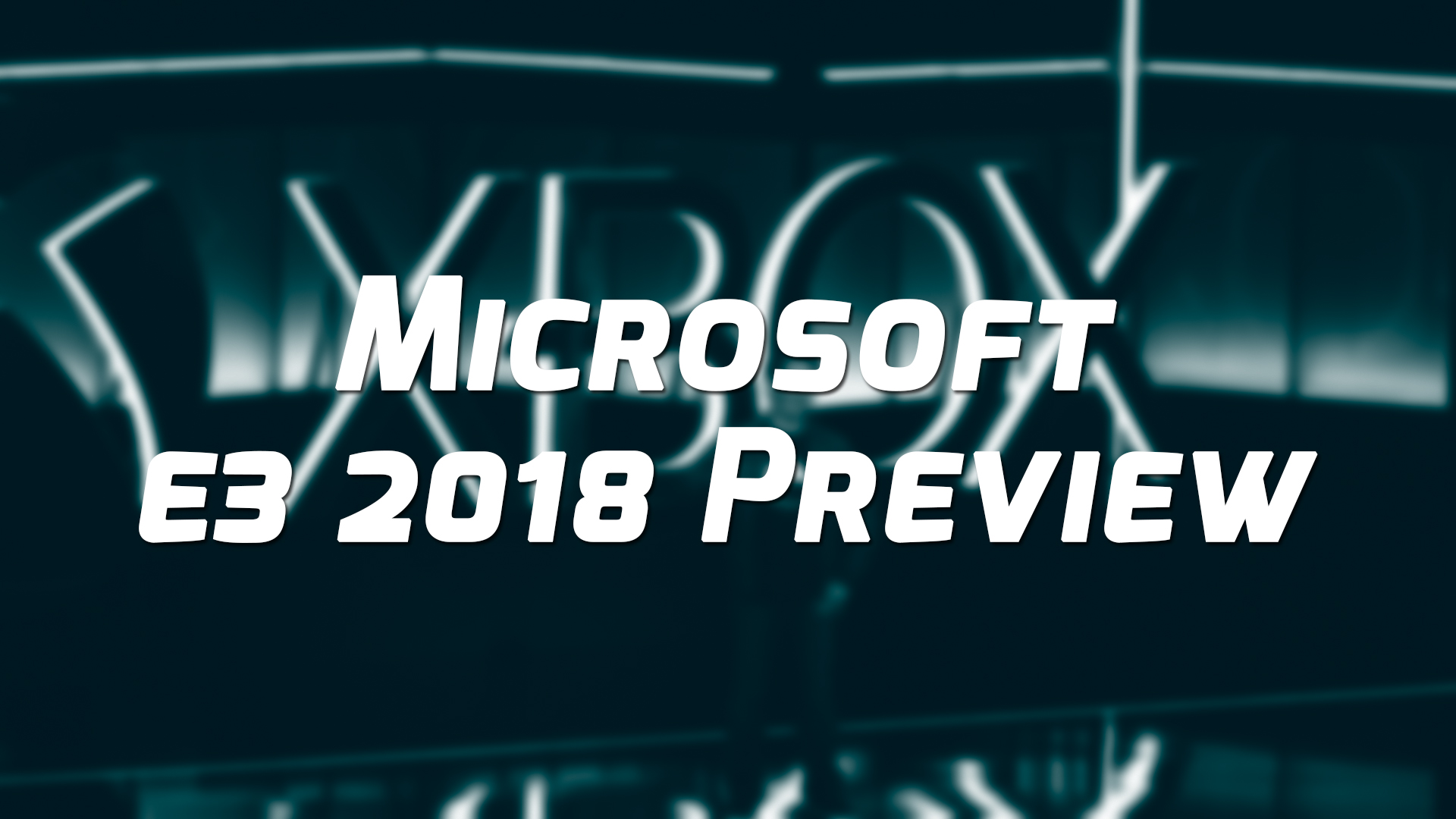 Microsoft has emerged as the surprise underdog of this generation. With a blunder out of the gates costing them dearly at the start of the generation, and their direct rival swimming in pools of gamers’ collective goodwill like Ian Thorpe (before the public drunkenness scandal (or Michael Phelps and the bong scandal if you’re American)) due to a continuous stream of incredibly high quality exclusives, Microsoft just haven’t been able to seize the throne, or really get close enough to even sniff the upholstery. Every year I live in hope that Microsoft will pull something out of their hat, and while their conferences are always quality, they have been guilty of lacking that extreme wow factor that has accompanied Sony’s recent E3 press conferences. Get us excited Microsoft, teach us to love you again. In the immortal words of the giant head in the sky: “Show us what you got.”

Exclusives that we don’t know about. E3 is an awesome time to surprise people with games they had no idea existed. Forza, Gears and Halo are all good, but hanging the lion’s share of your exclusive weight on just three franchises (that some might say are getting a little grey in the muzzle) is sheer folly. It’s not even totally necessary to reinvent the wheel with a new franchise, there are plenty of IPs out there owned by Microsoft or roaming about in the wild looking for love; Jade Empire, Crimson Skies, Viva Pinata, Shadowrun, Wet (!), Ryse, Crysis, Dino Crisis, Midlife Crisis, Onimusha, Burnout (please someone for the love of God make another Burnout), TimeSplitters, even that annoying Gex bastard. All of these could help inject some life into Microsoft’s ailing line-up. They’ve got the most powerful console on the market by a long shot, show us that it’s not just a multiplat machine.

While it hasn’t been confirmed, a tasty little rumour involving Vanquish 2 surfaced this year claiming that it was in development as an Xbox exclusive. Imagine big Phil Spencer rocket boost knee sliding onto the stage to announce that one. Goose bumps.

Now would be as good a time as any to unveil the next iteration in one (or all) of Microsoft’s big franchises, and if Canadian Walmart leaks are to be trusted this is a definite possibility. Gears of War 5, Halo 6 and Forza 8967 are all possibilities this year, and you’re unlikely to find anyone who would be surprised by their appearance. Although we haven’t heard a peep out of The Coalition or 343i regarding Gears or Halo respectively, if Xbox Head of Marketing Aaron Greenburg’s Twitter banner is to be believed (and why wouldn’t it be?), the new Forza Horizon 4 is a very real thing and may be set in Japan (or if other, more recent leaks are to be believed, Hong Kong? Or both?). I’m getting flashbacks from the movie Tokyo Drift and I don’t officially know what to do with those emotions.

We’ll probably see Microsoft buddying up to some third-party titles that aren’t exclusives but might strategically be aligned with the power of the Xbox One X. It seems very likely that Anthem could get a bit of Microsoft’s spotlight again after last year’s E3 debut (perhaps a less canned gameplay showing this time?), and maybe Squeenix’s new Shadow of the Tomb Raider for old time’s sake (although unlike the last entry in the rebooted series it will not be a timed exclusive).

This is actually a bit harder to pin down, so don’t go gambling the deeds to the house on these. You’d have to think Crackdown 3 would have to reappear in order to make up for its super low-key-to-the-point-of-being-suspicious showing at last year’s E3. I’m also going to say we’ll definitely see more of Ori and the Will of the Wisps, as this is a series that almost everyone feels a deep fondness for. Ashen will also likely get a showing, as it’s one of Xbox’s few exclusives and is continuing to gather interest. It’s also a definite possibility that Metro Exodus will get another spin on Microsoft’s dancefloor as an opportunity to showcase the power of the X.

Also expect Microsoft to rattle their sabres about more backwards compatible titles and their Games Pass service (aka Netflix for games) which is currently gathering steam.

What do you think Microsoft will have in their bag of tricks at E3 2018? Anything you think we’ve missed or that you agree with? Let us know in the comments below.