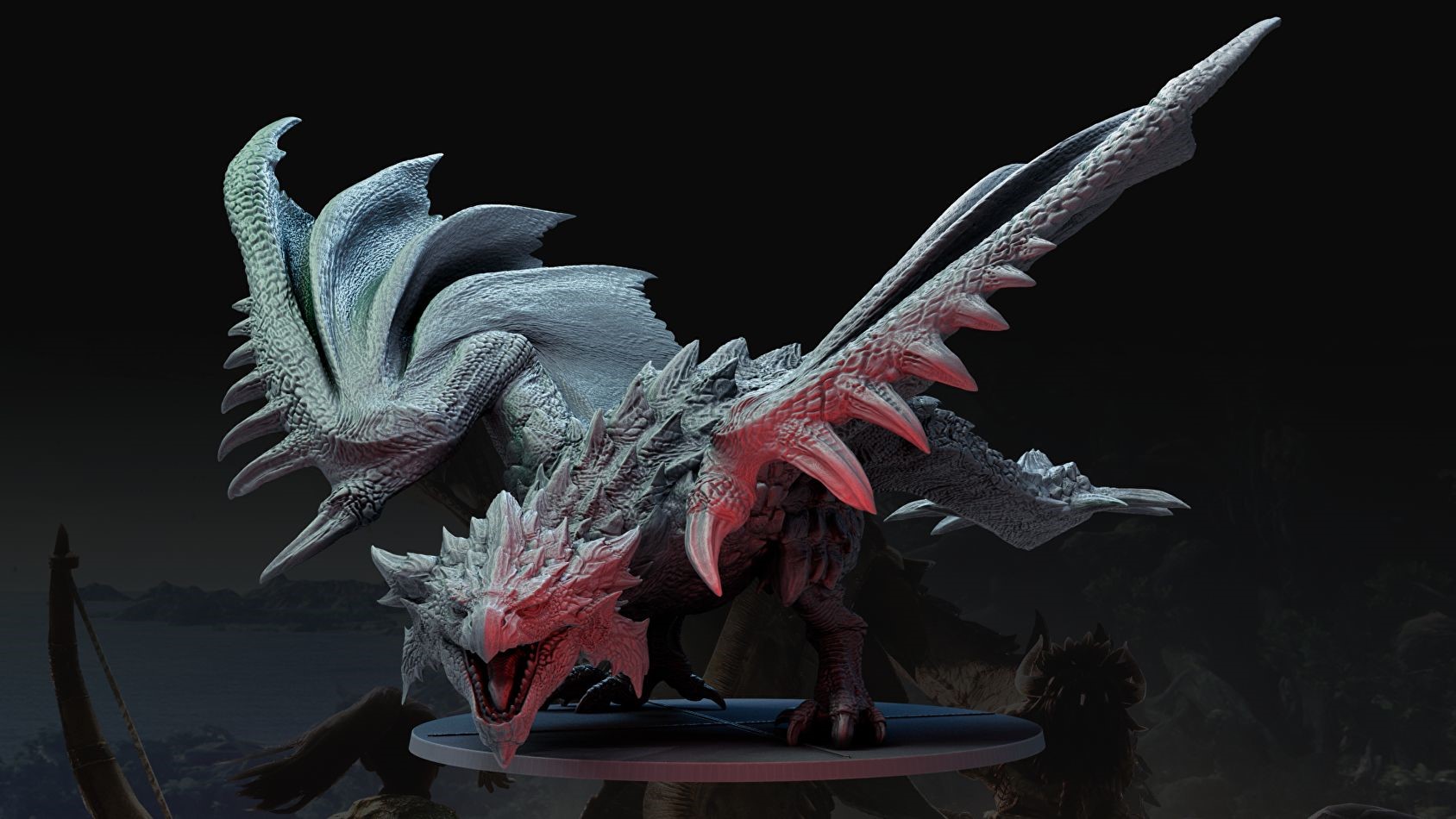 Video games and board games share a lot of similarities, but when one crosses over to the other side and gets an adaptation it doesn’t always work. For a video game to make for a successful board game it needs a hook that thematically makes sense while also being interesting and entertaining. That’s what has me so excited for this adaptation in particular because the Monster Hunter franchise is brimming with potential in the board game sphere.

It was announced recently by the tabletop design company Steam Forged (who created the Horizon Zero Dawn and Bloodborne board games) that they will be releasing Monster Hunter World: The Board Game, a cooperative campaign game for up to three players. This will be available as a Kickstarter campaign beginning in April.

The tabletop choose-your-own-adventure-style campaign will task players with gathering resources and tracking their target through the Ancient Forest and Wildspire Wastes before engaging in combat with the giant beasts. With the base game touting four different hunters and a slew of weapons and equipment, the run time for a full campaign is around 30+ hours, making this as much of a beast as the monsters you’re hunting.

Anyone who’s played a Monster Hunter game will know that the ferocious fiends are varied and often very large and the board game version won’t change that. Across the three different pledge levels, there are 12 different monsters to hunt, with the biggest miniature being a gigantic 1-foot tall. Speaking of pledge levels, let’s talk about what you can grab come April. The three levels are Entry Pledge (roughly AU$90), Core Pledge (roughly AU$200) and All-In Pledge (roughly AU$400). Here’s everything that comes with each level:

I don’t often dabble into Kickstarter board games, but I’ll have to make an exception for this one. If you want more info I’d suggest having a read of Dice Breakers exclusive first look HERE.

Are you a board game fan? Does this sound like something that you would exjoy? Let us know