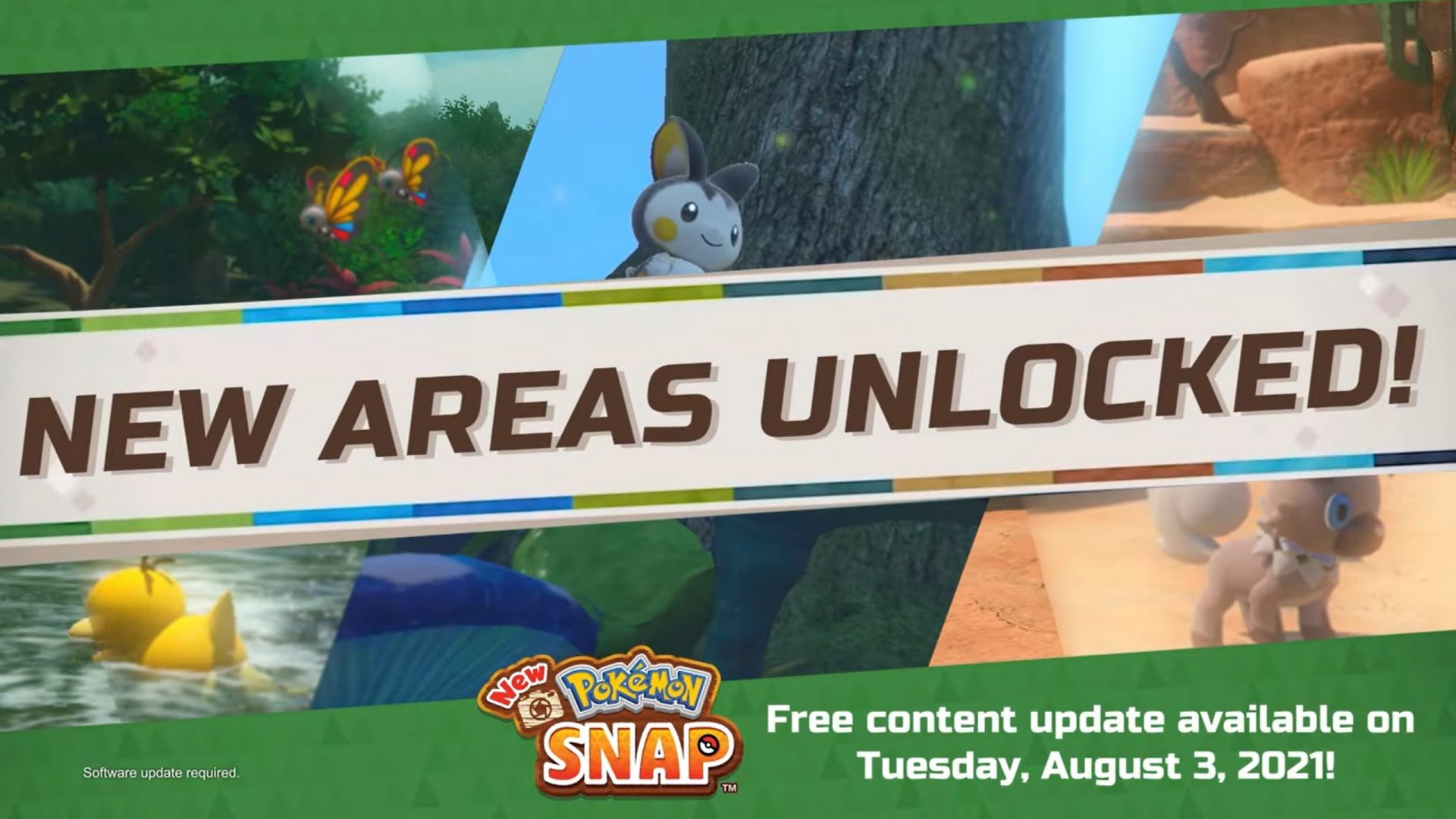 New Pokémon Snap was awesome if I do say so myself, and was already significantly longer than its predecessor Pokémon Snap. The Pokémon Company has surprised us all with a new trailer that announces free DLC coming to the game and it’s only a week away!

Releasing on August 3, the DLC will bring three new areas to the game. The first is the Mightywide River, which we’ll be able to float down. The second is the Barren Badlands, which features poison swamps and more. The last new area is the Secret Side Path on Florio Island, but it should be said that when you’re on this path the NEO-ONE shrinks to a minuscule size so that you can enjoy the game from a new Minish Cap perspective. All three areas can be enjoyed during the day and night.

There will also be 20 new Pokémon added, but I’ll leave them as a surprise. Check out the trailer to see the new areas and some of the new Pokémon:

Nothing like a nice unexpected surprise! Would be great if we get even more updates!