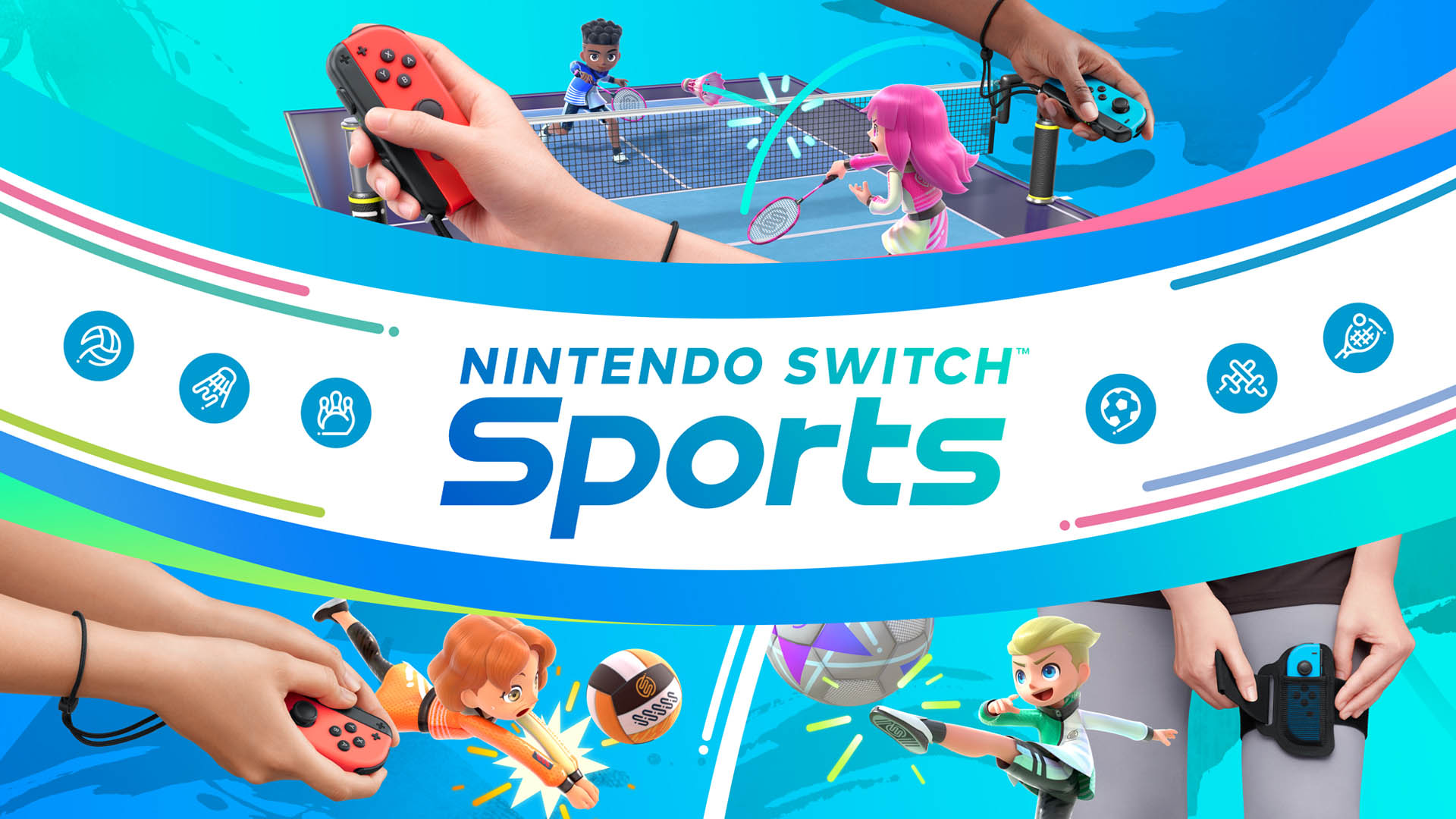 I don’t think that anybody could possibly disagree that Wii Sports was anything less than a phenomenon. As far as pack-in games go, I’d say it rivals Tetris for the Game Boy as one of the examples that can genuinely be called a system-seller. With Wii Sports, Nintendo wasn’t just selling gimmicky motion controls to gamers, it was selling the Wii to bloody everyone. I’d actually grown to resent the game a little bit by about three years into the Wii’s life cycle based entirely on the fact that I’d been forced to set up Wii consoles for dozens of relatives and family friends by that point. Still, it’s a game that I look back on with incredible fondness for the way it brought the non-gamers in my life just that little bit deeper into my world – even if it was just to chuck a few bowling balls (and Wiimotes) at the telly.

Naturally, the idea of a fourth entry in Nintendo’s Sports pseudo-franchise (after Wii Sports Resort and Wii Sports Club) seems like an absolute no-brainer, so it’s a wonder why it’s taken five long years for the Switch to get its own iteration. Nintendo Switch Sports feels like the kind of thing that would’ve moved absolute units had it been included with the console at some point in its tenure, but here we are in 2022 with a $60 collection of six sports. Though this is the same Nintendo that charged us $70 for 1-2 Switch in 2017 and still sold over three million copies, so I guess they know exactly what they’re doing.

Whether you’re playing online or off, Nintendo Switch Sports’ selection of six disciplines includes Volleyball, Badminton, Bowling, Football, Chambara and Tennis. It’s an interesting selection, with Bowling and Tennis the only modes returning from the original and the rest brand-new. Tennis and Bowling are definitely good choices and easily a couple of the most iconic games from Wii Sports, and Golf has been announced as coming in a future update, so returning fans should be pretty happy to see them. They also play exactly how you’d remember, though I was initially quite deflated to see that my all-time favourite mode, the 100-pin variant of Bowling, has been replaced with an obstacle-based extra mode. In fact, extra modes are few and far between across all six sports which is a bit of a bummer and significantly dampens any hope of having fun with Nintendo Switch Sports if you’re playing solo.

Chambara, a dueling game that’ll be very familiar to anyone who dabbled in Wii Sports Resort’s Swordplay mode, is a highlight that works really well against a human opponent. Using the Joy-Con controller to simulate a sword feels expectedly natural, and faking out a friend with 1:1 accuracy makes for great mind games. There are different discipline options including dual-wielding too, which adds some nice depth but doesn’t really help the comparatively lesser appeal of squaring off against CPU opponents. Again, bereft of previous creative bonus options like Swordplay’s excellent PvE horde mode makes the offerings here feel anemic by comparison.

Football is easily the most interesting of the new sports, not least because it flies in the face of what I consider these games to be about – it’s a game that doesn’t feel any better or more unique when controlled with wild flailing of the arms. With proper player and camera control using the analog sticks on a pair of Joy-Con it’s honestly not far removed from regular video game representations of the sport save for the controller-swinging in place of button presses when kicking the ball. Think of it like Rocket League without the cars (sorry.) It’s genuinely a ton of fun though and easily the game I can see people coming back to the most out of everything that’s here. This one does have a bonus mode as well in the form of Shoot-Out, an incredibly basic 1v1 goal kicking competition that happens to be the single use for the additional leg strap accessory until support is eventually added for simulated kicking in the main Football Event.

The option to use the leg strap in other sports would’ve actually been a massive boon in sports like Volleyball and Badminton, a pairing of net-based games that are entertaining enough in their own right but don’t stray too far from the formula established by Tennis. Badminton benefits from the tight camera and responsive Joy-Con controls, especially when it comes to HD Rumble feedback – it actually wound up being my most returned-to sport despite its simplicity because it feels good to play. Volleyball, on the other hand, has a nice level of depth but comes off frustratingly wonky and imprecise. Out of all of the sports included, it most gave me the impression that just waving my arm around in any ol’ direction was a more than adequate strategy as long as the timing was right. If I could’ve added some degree of jumping to the mix with the strap I think I’d have had a much better time with it, so here’s hoping that’s in consideration for future updates perhaps.

The biggest disappointment with Nintendo Switch Sports’ offline play is that it just feels like more Wii Sports. While that’s not necessarily going to ruffle the feathers of those who simply want to recapture the fun they had with it 16 years ago, it still feels like too much of a stretch to charge $50-60 for the privilege. The new sports are fine, but the offline package is still so incredibly barebones that it feels incomplete. With shockingly sparse customisation options and little-to-no sense of progression or diversion there just isn’t enough to warrant playing on a regular basis. The same could be said of previous titles, and there’s nothing new about casual party games that sit on the shelf waiting for just the right combination of people to be up for a round, but surely there’s something more that could be done with this formula.

Actually it’s probably not fair to say Nintendo hasn’t tried something, because what has been given a major focus in Nintendo Switch Sports is online play. Right from the moment that you boot up the game that’s made abundantly clear, with the large “Play Globally” button taking up the prime slot above the local option. Online is where the bulk of the game’s progression lies, ripped from the offline component of previous iterations with the Pro League system where playing skillfully (and long enough) online will eventually begin to grant you ranks that slot you into online games with people of a similar level. It makes sense to have a ranked system for online play, but I kinda wish it carried through to local play as well.

Similarly, unlockable cosmetics that include things like new clothing, facial features, stickers and titles for your character are also unlocked through online play alone and can’t be won through local games. It’s a point-based system that doles out random rewards based on collections of items that cycle in and out, which is fine and moves quickly enough that it doesn’t feel like a grind, but again I feel as though it would’ve been great to have it work across the board. As it stands it feels like a grab for Nintendo Switch Online subscribers and a dismissal of what should really be its target audience – lapsed Wii owners and non-gamers. It’s worth noting that if you don’t have a NSO subscription you’ll still be able to play “online” against CPU opponents and unlock stuff, but you’ll at least need to be connected to the internet.

I will say this though – the online-exclusive Elimination Bowling mode slaps ass.

Nintendo Switch Sports is a fun, nostalgic collection of motion-controlled sports that are sure to be a hit at gatherings in much the same way that Wii Sports was, but it’s an awkward package overall. Too much separation between what can be achieved either online or offline muddies the fun factor, especially for the kinds of people that I personally know would be interested in a title like this. The sports themselves are mostly good though and everything looks and feels like a step up from what came before thanks to the visual updates and Joy-Con controllers. If Wii Sports was your go-to, you’ll still get a kick (and a swing, and a spike) out of this. 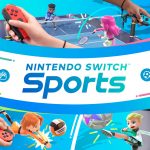 Nintendo Switch Sports Review
Not Your Grandma's Wii Sports
If all you want is more of what came before, it's here (mostly). Grab it to fill the party game shelf but don't expect it to hold your attention outside of gatherings unless you're feeling really competitive about the online stuff.
The Good
Still just as fun as ever
Most of the new sports work well
Visuals and music are charming as heck
Elimination Bowling
The Bad
Online-locked progression is a bummer
Motion controls are still subject to accuracy
Content offering feels too slight
7
Good

Nintendo Switch Sports Review
Not Your Grandma's Wii Sports
If all you want is more of what came before, it's here (mostly). Grab it to fill the party game shelf but don't expect it to hold your attention outside of gatherings unless you're feeling really competitive about the online stuff.
The Good
Still just as fun as ever
Most of the new sports work well
Visuals and music are charming as heck
Elimination Bowling
The Bad
Online-locked progression is a bummer
Motion controls are still subject to accuracy
Content offering feels too slight
7
Good
In this article:kieron verbrugge, nintendo, Nintendo Switch Sports, review, switch, wellplayed, wii sports