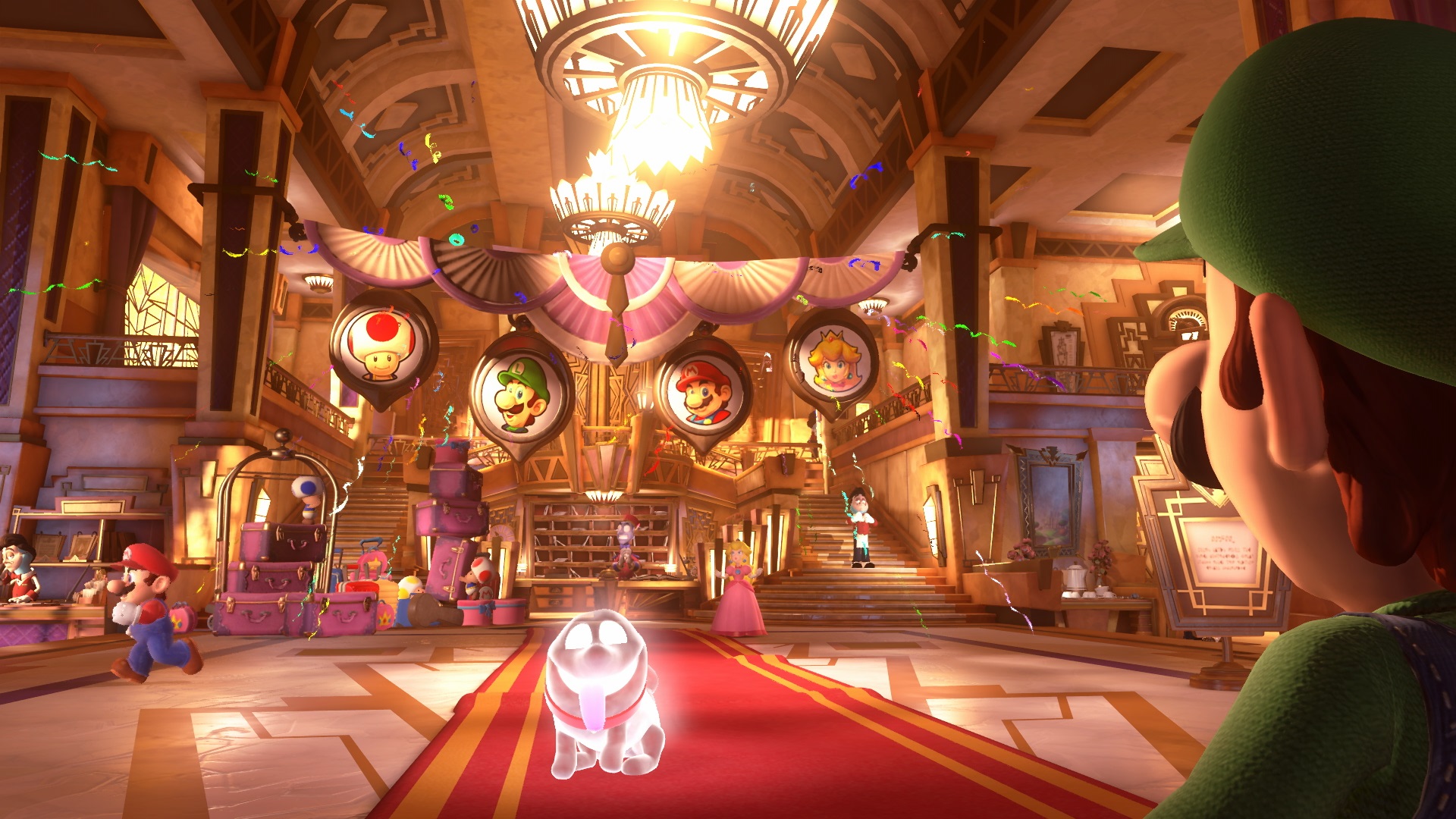 Haters will say that first-party Nintendo titles get automatic 10/10 scores from critics suckling at the big, red teat. The truth is though, there’s a level of craft and a sense of fun and absolute joy that goes into (almost) every Nintendo-made title that other developers just haven’t been able to emulate. First party Nintendo titles don’t need to be edgy, or rely on fads. They’re not soulless, focus-tested entertainment pumped out year-on-year. They’re just well-designed, lovingly polished and totally timeless.

Consider Luigi’s Mansion 3, which I’ve been lucky enough to have my hands on for the last couple of days for review. There’s a simple concept at its core; Luigi explores a haunted hotel, solving puzzles and fighting ghosts with a tricked-out vacuum cleaner. It’s also an idea that’s been done twice before, as is evident from the game’s title. Yet, I can’t stop thinking about it. Every minute I’m at work, I’m counting down the time before I’m home again and can spend more time with Luigi. I’ve been taking my Switch to work with me so I can play it during the 15 mins I can spare on my lunch break. I just can’t wait to see what new and creative moments are around the corner as I make my way up the floors of the hotel, plus it’s such a comfortable game to sink into after a long day.

I’ve sadly only been able to total a handful of hours in the game so far, but already I’m seeing glimpses of the ingenious puzzles ahead of me. The Polgergust G-00’s new features as well as the mildly unsettling puzzle-solving companion that is Gooigi have already made for some great puzzle-solving moments, and add a ton of value to general exploration as well. The thing that really stands out to me the most so far though, is Luigi’s Mansion 3’s absolutely stellar presentation. The series has always been a showcase for Nintendo’s fantastic art – especially with more closed in, almost diorama-like environments than something like a 3D Mario platformer. The newest entry really raises the bar though. Each densely-packed hotel floor is bursting with detail and objects to inspect, tinker with or just suck right up into that Poltergust. With the added (though still meagre) power of the Switch, things like lighting and effects are far better than the series has ever seen, and I haven’t even gotten to the more ‘themed’ floors of the hotel yet. The real star, though, is Luigi and his animations.

I’ve never loved a character as much as I love Luigi in Luigi’s Mansion 3. Everything he does – every nervous tic, every frightened look and every “Mario-o-o?” whimpered under his breath as he tiptoes around the Last Resorts Hotel is ridiculously endearing. I feel for him, of course, I’d be just as scared if I were in his shoes. That doesn’t make it any less entertaining to watch, though. There’s nothing in-game that would feel out of place in a CG animated film, and even though the entirety of the game’s voice over work is nothing more than single-word interactions between the main cast and Banjo Kazooie style gibberish from the NPCs, I could watch it all day. This is a game that deserves to be played on the TV.

I obviously can’t pass a solid judgement until I’ve played all the way through Luigi’s Mansion 3, and you’ll be able to read that once the review embargo is lifted, but early signs are very good. More importantly, you can pet the dog in this game. His name is Polterpup and he’s a very good boy: