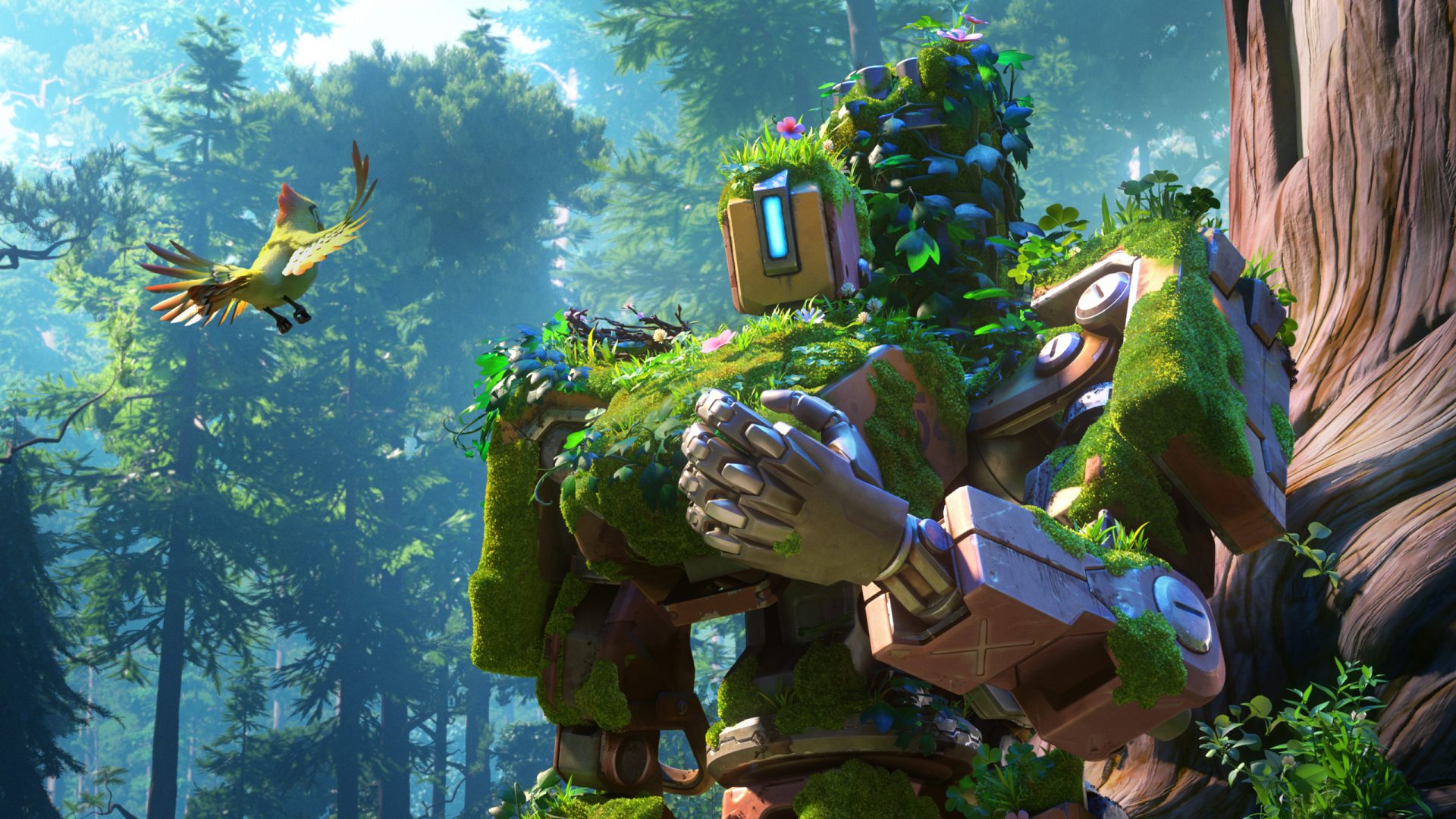 Bastion, who fell from grace after being one of the most hated heroes during the Overwatch launch period may be making his way into a lot more games if this pretty big overhaul is anything to go by.
Recently in the Overwatch forums, principal designer Geoff Goodman responded to a player in regards to the forgotten robot asking he be addressed. It appears Blizzard have been listening, and although still somewhat early days Goodman responded with what we might expect from the rework to the infamous hero.

Here are some high level stuff we’re likely to have testable in the next PTR:

Recon Mode – Lowered spread and increased magazine size, to help with general viability in this mode.

Sentry Mode – We’re looking at focusing this mode into more of a tank-buster and barrier-buster mode, while also making it feel less suicidal to be transformed. To that end we’re testing stuff like increased spread and removing headshots, but taking less damage while transformed.

Self-Repair – We’ve been testing a few big changes to this that are feeling really good so far. Currently our internal build has Bastion able to use Self-Repair while moving and also having it no longer interrupted when taking damage. To balance that out it is now on a resource system (similar to the route D.Va’s defense matrix went). These changes have turned this ability from a more niche rarely used ability, to a much more powerful and core survivability tool.

We’re still testing and tweaking things with Bastion but we’ll hopefully have a PTR build coming fairly soon so you guys can try it out!

Bastions! Roll out!
In this article:bastion, overwatch, rework