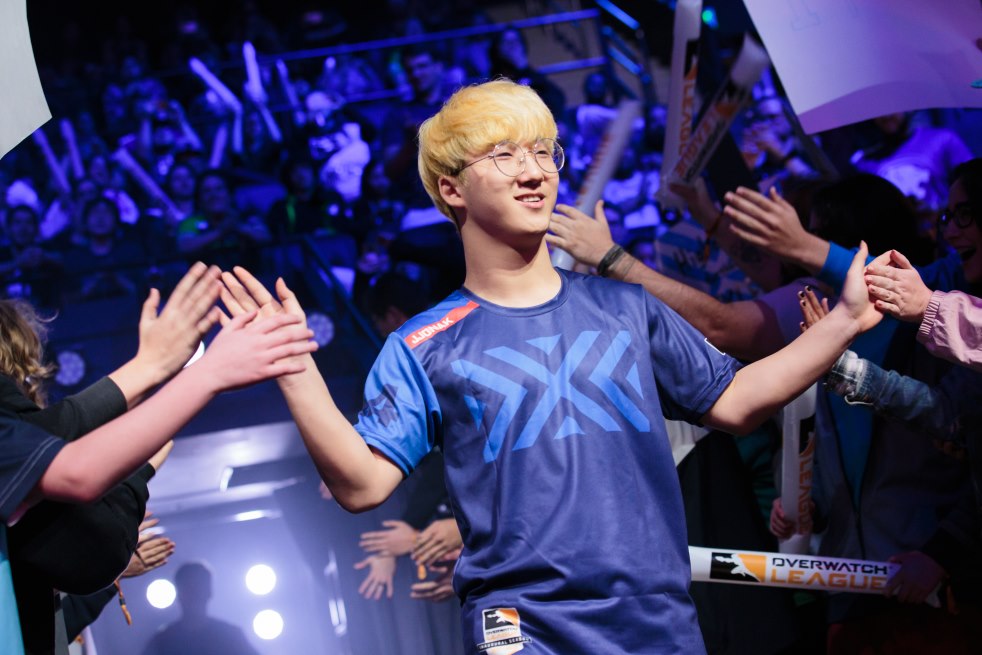 Seong-Hyun “Jjonak” Bang, support player for the New York Excelsior, is the Overwatch League’s inaugural season MVP. Jjonak was selected by a combination of an online fan vote, as well as a poll of Overwatch League head coaches, casters, analysts and media.

The Excelsior finished the regular season with the league’s best overall record, and Jjonak was a big reason why. Jjonak revolutionized the way Zenyatta – a support hero with a powerful team healing ultimate ability – is played, leading all Zenyatta players in hero damage, final blows and eliminations per 10 minutes of gameplay. Jjonak also had the second-fewest deaths per 10 minutes amongst Zenyatta players.

Jjonak’s New York Excelsior have a first-round bye in the playoffs and will face their first post-season opponent next week. You can watch Carpe, Fissure and some of the other top players in the league in this week’s quarterfinals. Check out the full schedule.

Additionally, the full Atlantic and Pacific Division starting rosters for the Overwatch League All-Star Game, Powered by Intel have now been revealed. The complete 18-player rosters (starters and reserves) for both squads can be found here.