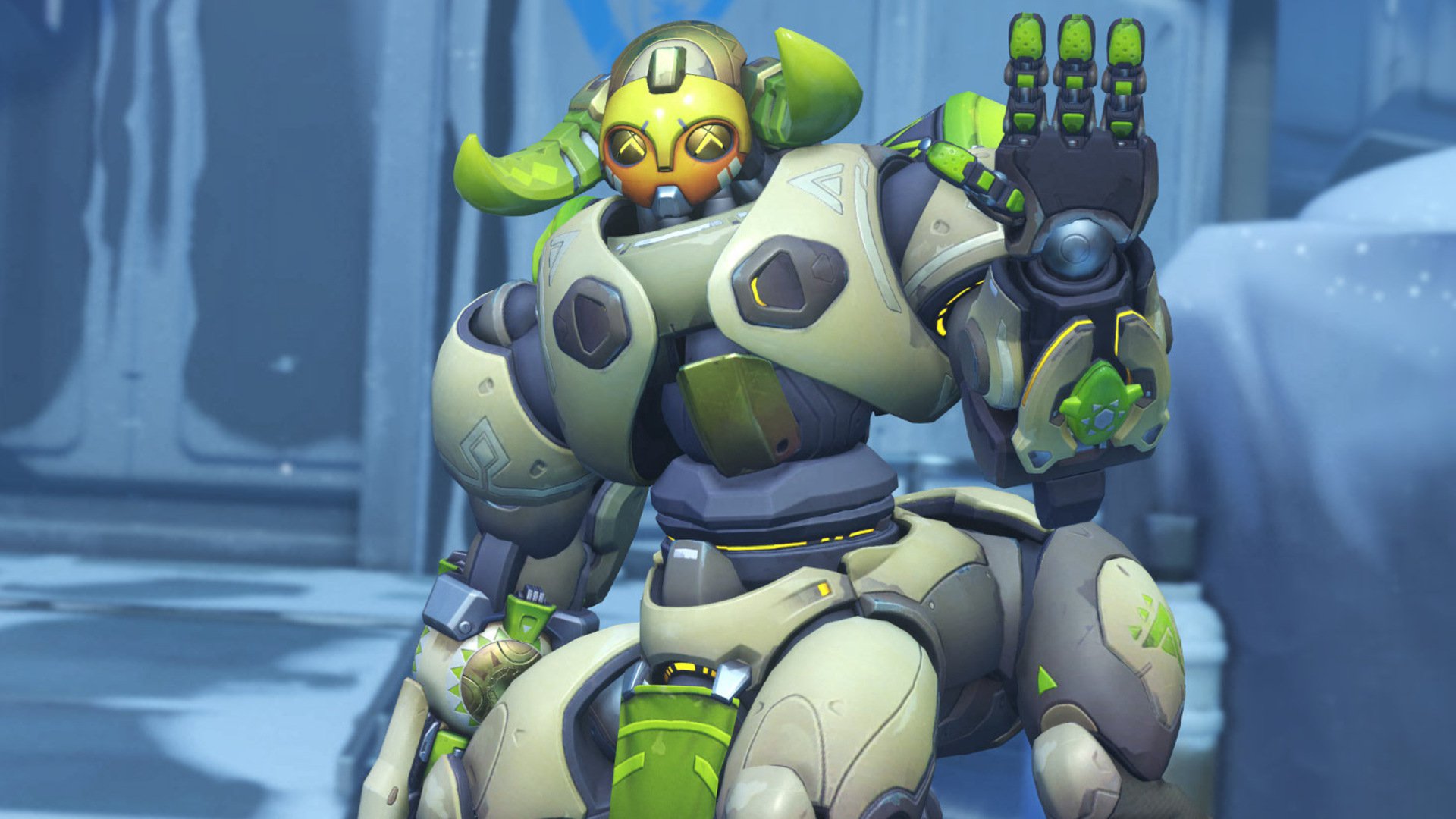 Overwatch’s sixth tank, Orisa, has joined the character roster, and is available to play now!

Specially outfitted for maximum fortification, the OR15A, fondly known as Orisa, is a four-legged robot developed to keep the peace in Numbani.

Orisa’s main weapon is her Fusion Driver, an automatic, rapid-fire chain gun with good range and accuracy, even at distance; however be mindful that Orisa’s movement slows down whenever she fires. Her Fortify ability boosts her personal defence, reducing damage taken and allowing her to become unstoppable for a short time. Halt launches a graviton sphere across the map, slowing nearby enemies as it passes, and pulling them toward it when it detonates. Protective Barrier places a device that creates a curved, stationary barricade, perfect for deflecting projectiles and shielding teammates from the front, sides, and above.  Lastly, Orisa’s ultimate ability, Supercharger, deploys a high-powered cylinder that beams a buff to allies within its range, increasing the damage they can inflict on the opposing team.

Orisa’s gameplay is engineered around protection, making her a perfect pick to support your team on the battlefield.