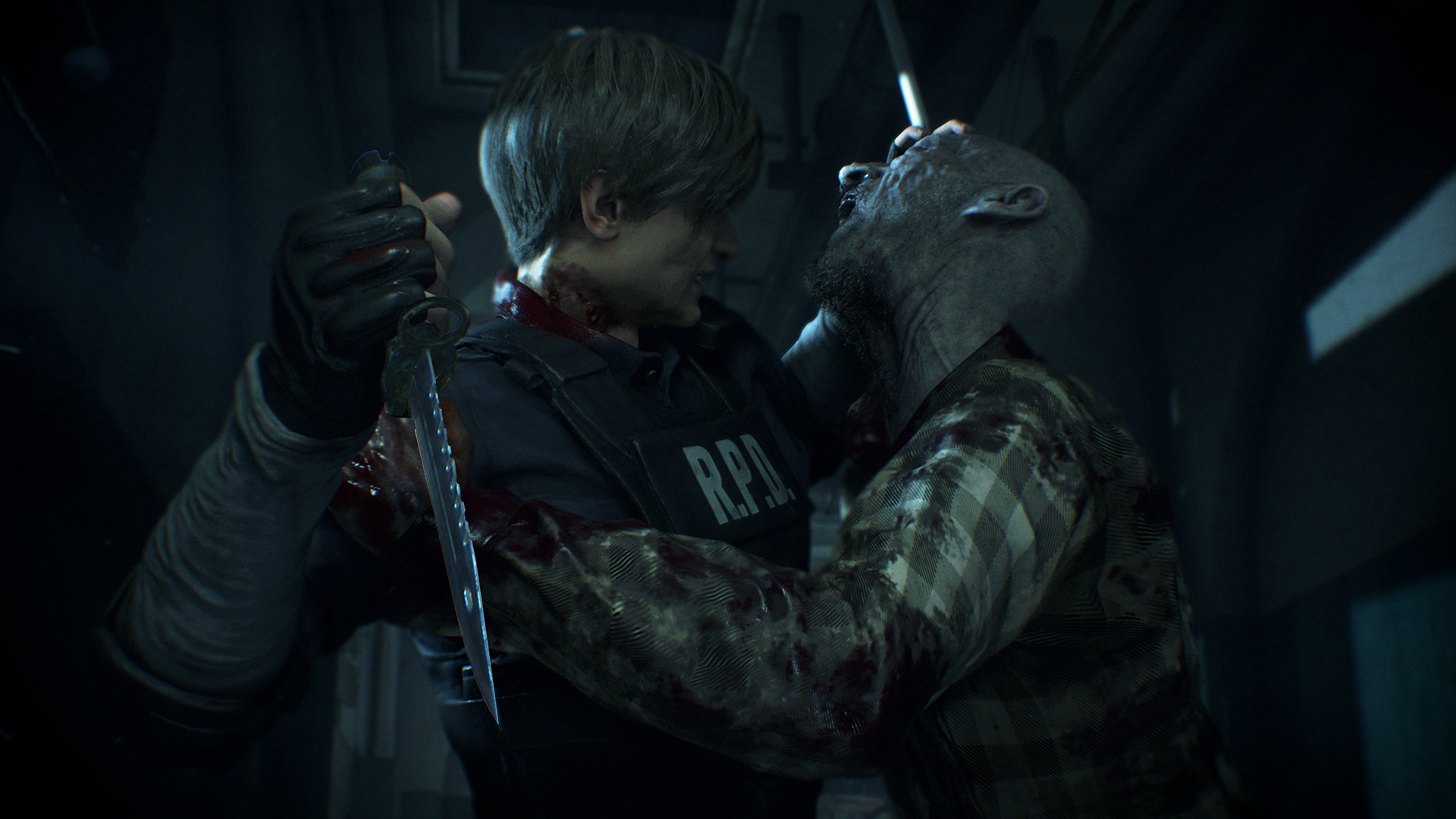 PAX AUS for 2018 has come and gone, and after sitting back and processing all the games that I played and saw it’s obvious that one game stood out from the crowd, and that’s the one and only Resident Evil 2.

I should preface this article by stating that the original RE2 is my favourite game of all time – it’s what cultivated my love for survival horror games and the man himself, Leon Kennedy. So it’s safe to say that my hype levels were borderline unprecedented, in fact, the only game I can remember being this hyped for was The Order: 1886 and we all remember how that ended (I loved it, mostly).

Since its announcement I have mostly avoided gameplay videos, not wanting to spoil my own playthrough. But at PAX I couldn’t help myself, and I enjoyed the demo so much that I played it through twice. Once as a starstruck fanboy and once as a badass Leon Kennedy.

The PAX booth itself was excellent, looking like the exterior of the Raccoon Police Department building, with players entering total darkness with nothing but torches and even being confronted by an RPD zombie. Very fitting for what people who had lined for almost two hours were about to play.  Seriously, this line never ceased to be long all weekend. It seems I am not the only one hyped for Capcom’s remake.

The build on offer was a 20-minute Leon demo that took place in the overrun and infested Raccoon City Police Department, and immediately the pangs of nostalgia hit me, with the layout of the station practically identical to the original’s blueprint. Despite the dire nature of the situation at hand it was good to be back, that is if it’s ever good to back in the middle of a zombie outbreak.

Running on a PS4 Pro, my first thoughts were just how insanely gorgeous everything looked, even the zombies and their wet-like blood that soaked the floors and walls of the RPD. Using the RE Engine, the amount of detail on show was astounding and the result is a truly chilling and gritty atmosphere. Walking the corridors of the RPD with nothing but your torchlight and the haunting soundscape created a sense of trepidation as you came across a number of dead zombies, and you were never quite sure whether they were going to arise and take a bite out of your ankles or neck.

It’s to Capcom’s credit that they evoked a sense that I never felt far from danger, after all, they are one of the progenitors of the survival horror genre.

RPD’s hallways have never been this terrifying

It wasn’t long before I was defending myself against a number of zombies and with limited ammo available there was an emphasis on making your shots count, because zombies in RE2 take a number of bullets to go down. In my first playthrough I was quite liberal with my ammo and as a result I was easily overcome and had to barry out of there wounded and with my tail between my legs, but even the animation of Leon getting bitten is jaw-dropping. However, the second time around I was in the zone, popping headshots like John Wick, but the real buzz came when I got to blow zombies heads off with the shotgun. Damn it felt good seeing a zombie’s brain explode all over the wall as I pumped it from close range. It’s also extremely satisfying to stab a zombie in the neck as it tries to take a nibble on you.

I’m loath to say too much because in the scheme of things this demo was just a teaser. After my demo finished for the second time there was no doubt in my mind that this is the Resident Evil of yore with a modern feel; think of a modernised Resident Evil 4 with the visual fidelity of Resident Evil 7 and garnish it with all the puzzle-solving hallmarks players have come to love and expect from a Resident Evil game.