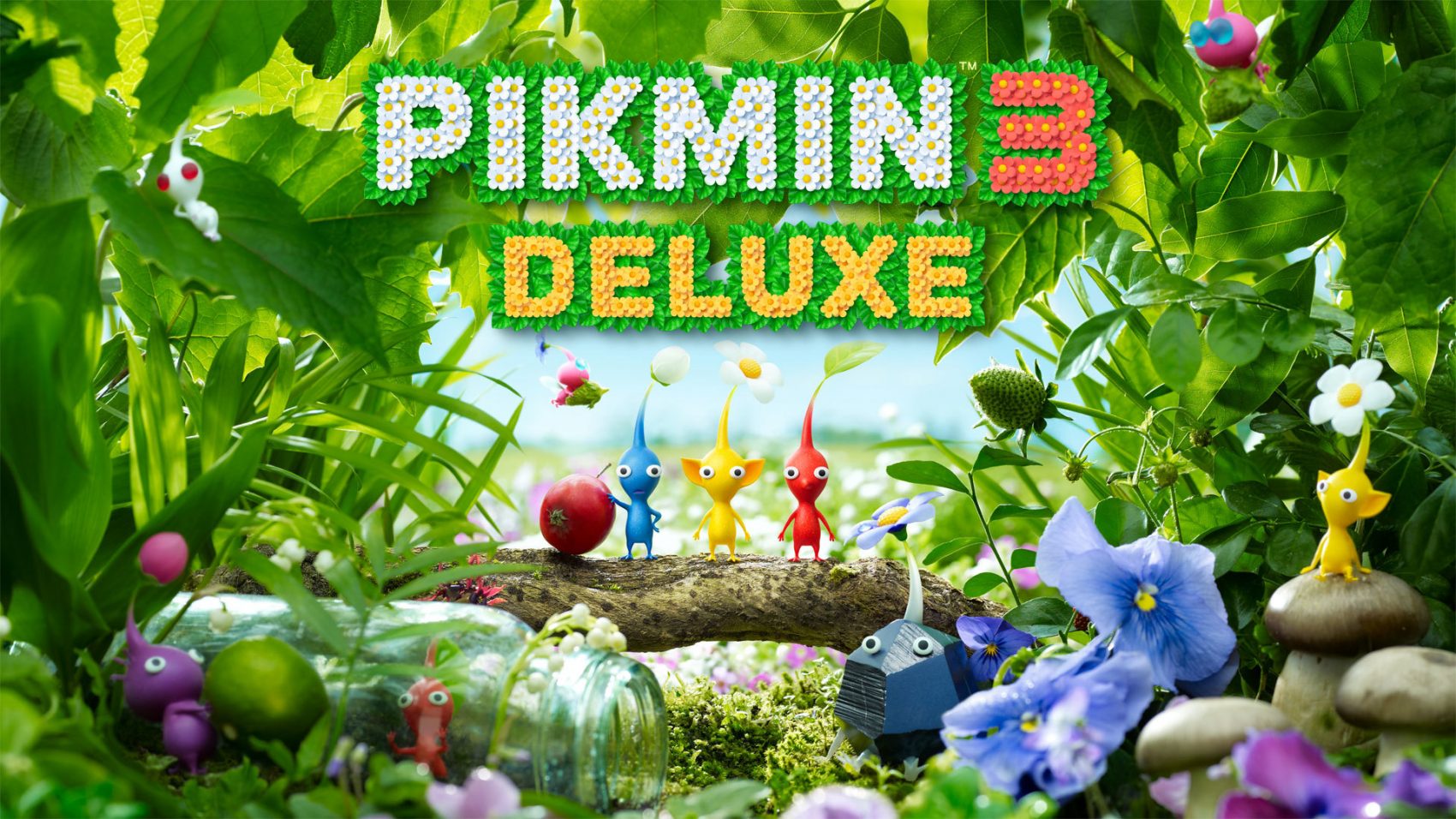 I’ve been a fan of strategy games since I was a kid. My Uncle taught me how to play Sid Meier’s Civilization 2 when I was eight and I continue to play the franchise to this day. My love for turned-based strategy sometimes transformed into real-time foraes and Pikmin 3 on the Wii U was one of them, although my time with the console was brief. I was absolutely delighted to hear it would return on the Nintendo Switch as Pikmin 3 Deluxe, allowing me to delve into the micro wilderness of PNF-404 again.

Pikmin 3 Deluxe focuses on three tiny but mighty space explorers from Koppai (Charlie, Brittany and Alph; aka the Koppaites) who are in desperate need of food for their home planet. A tasty signal was detected on unknown planet PNF-404 but the intrepid explorers crash land and get separated. By enlisting the local fauna – the titular cute plant people, Pikmin – to do all the hard yards and maybe get eaten for their efforts, the explorers must find each other and new sources of food during the day. If anyone is left behind at night it’s dinner time for the planet’s monsters!

Monsters on this planet seem to like to eat strange things

In single player a big part of the challenge is learning to multitask and be efficient. It’s so easy to get absorbed in a particular task or area, especially if you’re not familiar with the where you are exploring, and forget about another team mate you’ve sent somewhere else or to even split up your party. The game does try to remind you by making a little alert sound when something happens, but oh look, fruit! Any fruit or objects your Pikmin were transporting stay where they are at the end of the day so if it’s getting dark don’t fret, just get back to base in time! Practice makes perfect and if you’re in a pinch and have a player two nearby you can get them to hop into co-op mode and help you out. The ability to freely hop in and out of co-op in Story Mode is a great freedom to have and means you’re not stuck if your player two would rather play with themselves than with you.

There are collectibles aplenty in this game which is always an additional challenge that I love. Finding all of the fruit in each area is one thing, for both food for survival and completeness, but they can’t be done in one go as you progress through the story since you need to unlock different kinds of Pikmin progressively. This adds to the replayability and explorability of each level, with new things to find across multiple visits. All of the fruit and items also have quirky names which is a humorous bonus, my favourites were the peach, grapes and flip phone (yup, im serious). The Deluxe Edition also adds the new Piklopedia which contains a monster list with descriptions and information from each explorer and more.

This port really caters to new and returning players alike. The new Ultra Spicy difficulty allows experts to whet their appetite for fruity efficiency, and handy progression hints and tips make this a great entry point to the series for new arrivals. With each higher difficulty level (Normal, Hard and Ultra Spicy) the days get shorter and the monsters get stronger. The new lock-on targeting function via the ZR button is super handy and gets as much of a work out as the characteristic whistle you use to call your Pikmin back to you.

In addition to using the left stick to walk around and aim where Pikmin are hurled you can also change to gyro controls if you prefer. I ended up mostly playing with the control sticks as I could then play in a more relaxed fashion without having to worry about how I was tilting the controller, but it’s definitely a personal preference. The pick-up-and-play nature of the Switch works perfectly with this title, as you can easily play a level or two, or swap to co-op on the fly wherever you are. Returning from the Wii U version are the Mission Mode and Bingo Battle Mode which are both a lot of fun and worth a try if you and your player two need a change of pace.

The Deluxe version also contains a new Side Story Mode which adds new prologue and epilogue stories starring some iconic returning characters, Captain Olimar and Louie from Pikmin and Pikmin 2. Fourteen new time-limited levels beautifully round out the story and provide new meaning to the final scene in the end credits. The prologue episodes unlock part way through the story, with the epilogue unlocking after you finish your first playthrough. The side stories can be tackled at any time once unlocked so if you’re enjoying the main story you can just keep playing. They can also be played in co-op mode. The end credits are worth a watch just to hear Pikmin sing, by the way. A much better sound than Pikmin dying, trust me, it hurts. But as awful as it is to say, you can always grow more at least?

While you can tell the game is a Wii U title originally just by looking at it, I have absolutely no problem with that at all because the game performs perfectly. The last thing you need is a RTS with lag or frame drops, but this port has neither in single player or in split-screen co-op.. The game looks particularly great in handheld and holds up well when docked. A lot of effort went into making this world from a teenie-tiny perspective look lush and interesting, with lots of different kinds of environments and appropriate vegetation and weather.

The unlockable Side Stories are a great addition to the game, the second part in particular *wink*

So many games in this genre see you complete a level and move on, but Pikmin 3 Deluxe brings you back either because you’re a completionist or you’re gonna go hungry. While a completionist run of the game took ~20 hrs, the collectibles, hidden secrets, different difficulty levels and more make it very replayable. Pikmin 3 Deluxe is a RTS with so much character, story and accessibility that now I am hungry again for Pikmin 4, surely this is the time for it Miyamoto! I really hope that gamers pick up this peculiar title and it gets the new lease on life it deserves so that the franchise can continue to grow. 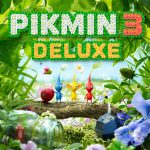 Pikmin 3 Deluxe Review
Pikmin-up and Play
Pikmin 3 Deluxe is a RTS for all kinds of gamers. It’s a complete package with new background stories, co-op and a literal small army of adorable Pikmin that you'll love to meet and hate to lose
The Good
Great story, characters and humorous writing
Pretty and diverse environments
Multiple modes including new side stories
Simple, drop-in co-op
Lots of collectibles and replayability
The Bad
You can tell its a Wii U game
Pikmin dying is the worst sound ever
9
Bloody Ripper

Pikmin 3 Deluxe Review
Pikmin-up and Play
Pikmin 3 Deluxe is a RTS for all kinds of gamers. It’s a complete package with new background stories, co-op and a literal small army of adorable Pikmin that you'll love to meet and hate to lose
The Good
Great story, characters and humorous writing
Pretty and diverse environments
Multiple modes including new side stories
Simple, drop-in co-op
Lots of collectibles and replayability
The Bad
You can tell its a Wii U game
Pikmin dying is the worst sound ever
9
Bloody Ripper
In this article:Bingo Battle, co-op, Mission Mode, Miyamoto, nintendo, Nintendo Switch, Pikmin, Pikmin 3, Pikmin 3 Deluxe, Plant people, RTS, Side stories, Switch Port