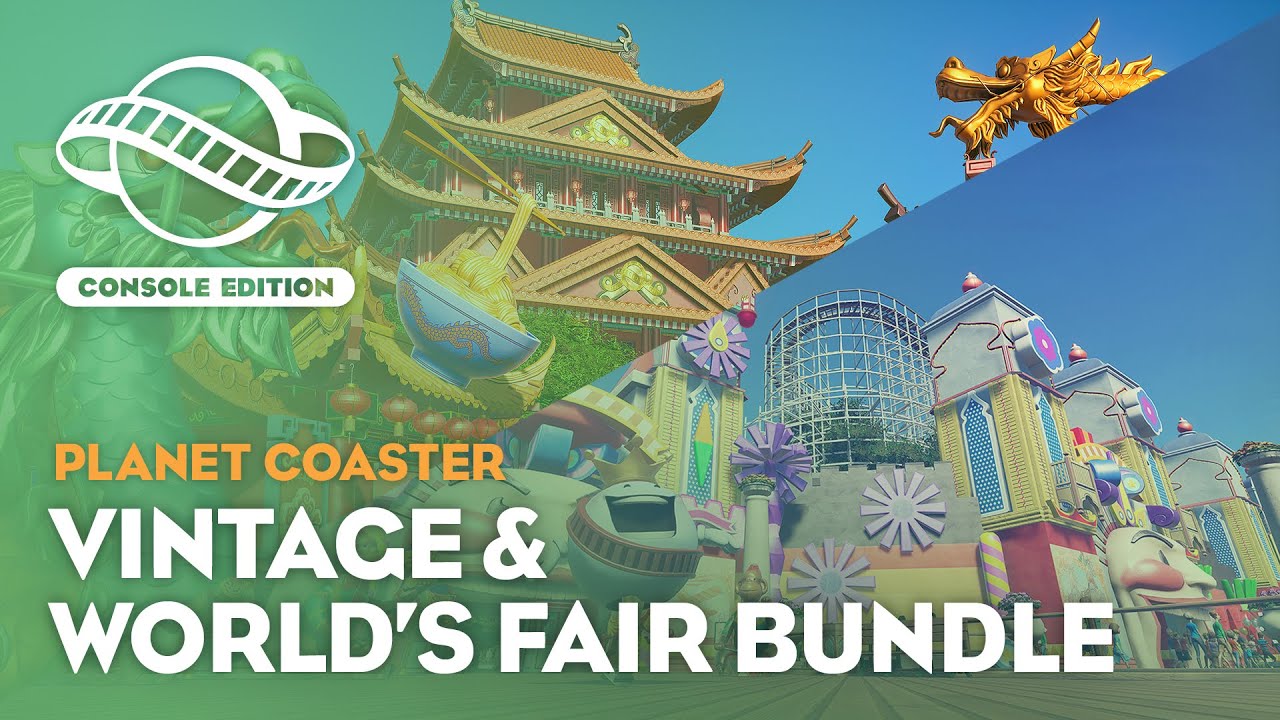 Many of us aren’t able to visit theme parks at the moment but, as per usual, video games have our backs. Releasing last November, Planet Coaster: Console Edition gives you the keys to your very own theme park, tasking you with running and maintaining, all while builder newer and better rides to keep your guests happy and paying.

Those who enjoyed RollerCoaster Tycoon and games of that ilk have no doubt been revelling in this new park sim and for those folk, there’s more good news on the way.

The Vintage and World’s Fair packs that have been released on the PC version are available on PS5, PS4, Xbox One and Xbox Series X/S now. Between the two packs, there are ten new rides, 250 new blueprints, and upwards of 900 new shops, buildings, facilities and scenery.

The Vintage pack brings a turn-of-the-century twist to your park. This pack lets you build old-school wooden rides such as Round the World, Test Flight and Loop Da Loop all while decking out your surroundings in a Victorian theme. You can even employ a barbershop quartet, who wouldn’t pay to see that?

The World’s Fair Pack gives your attendees various slices of our world, all in one theme park. Featuring sights from China, the USA, France, Morocco, Italy, Germany, Japan, the UK, Mexico, and Spain, you’ll be able to throw in buildings and facilities themed to all of the different corners of the globes. One new ride, Jixxer & Interceptor, gets patrons behind the handlebars of duelling motorcycles as the take-off at crazy speeds.

The packs will be sold individually for roughly AU$13 or around AU$19 as part of a bundle.

Are you a Planet Coaster fan? Will you be jumping into this new content? Let us know.