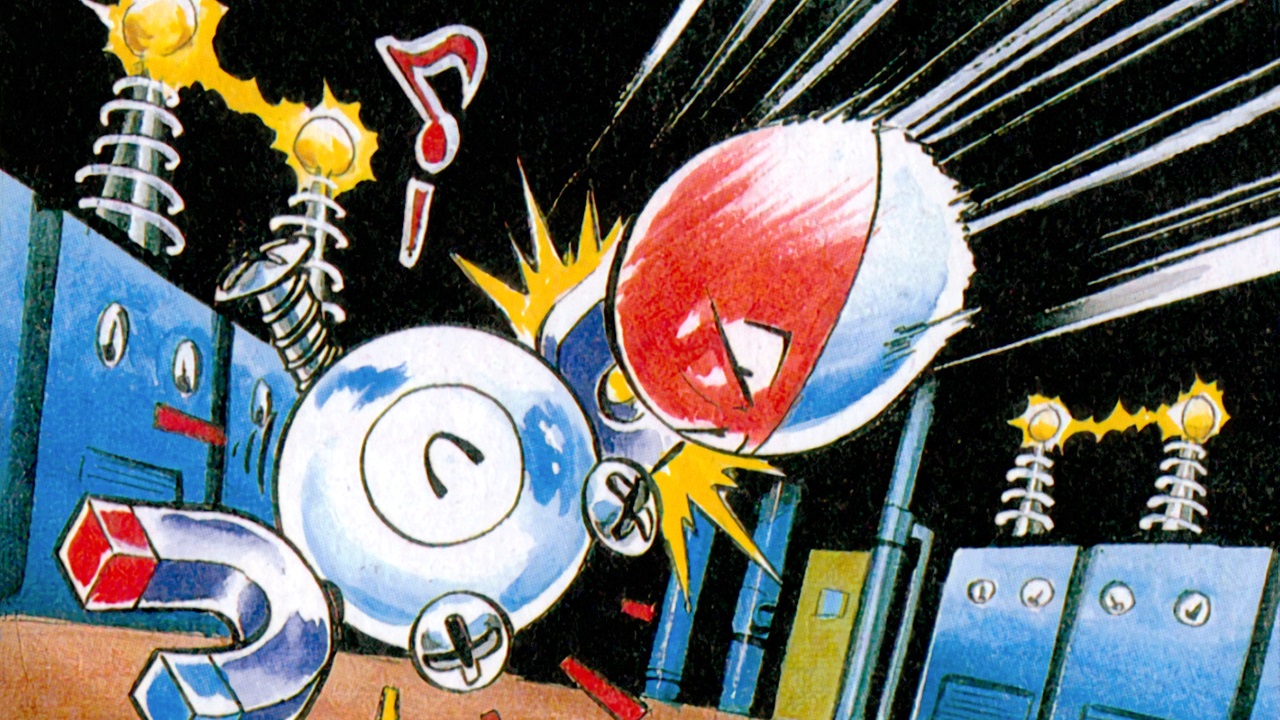 The design philosophy behind Pokémon was to ‘create kaijuu who could fight on your side as an allies’, according to a newly-translated interview with Pokémon Designer Ken Sugimori.

Translated by the always awesome Shmupulations, the interview also goes into how the late 90s Pokémon craze affected Game Freak’s work habits, the benefits of the Game Boy’s limited graphics, and the deepness of pixel art.

The post also translates a few thoughts from the series’ then-producer Shigeru Miyamoto. It’s taken from the 2018 biographical manga of Pokémon creator Satoshi Tajiri, and contains a nice insight into his relationship with Miyamoto.

You can click here to read both translations in full, or check out excerpts below. You can also get a  quick history lesson about Pokémon’s tremendous success here.

Ken Sugimori on the beginnings of the Pokémon project – then called Capsule Monsters:

Initially, we talked about a game where you made kaijuu fight each other. Alright, I said—I’ll try drawing some kaijuu then… but I realized I had never drawn monsters like that before. I was honestly pretty lost, but I managed to create about 20 or 30 different designs: some were cute, some were cool, some were slithering, and some, you couldn’t really tell what they were.

It was Tajiri’s idea that they should all have their own individual roar or cry, but as I drew more and more of them, I started to figure out how to give them more interesting expressions, or to make them look dopey, or disgusting.

On designing for Pokémon Gold and Silver:

We included some of the unused pokémon from the first game. For the new designs, we tried to make pokémon that would help balance out the roster, or ones we thought would look interesting in an evolved form—or, conversely, ones that we wanted to see the pre-evolved form for. There were also pokémon that just came in a sudden burst of inspiration, like Unown.

Usually it’s pretty easy to tell what the motif was for a pokémon, right? This one’s based on a bird, this one’s based on a mouse… I had wanted to make one that wasn’t so obvious, something with a more surreal design. Like, a pokémon that had come from outer space or something. That’s where Unown came from.

On the series’ enormous success:

It really took off, didn’t it! […] Last year, when I went to Europe, I took a ride on the Eurostar train from Paris to London. […] I came across two kids sitting and playing Pokémon on their Game Boys, with the link cable suspended across the aisle. When I went to pass, they politely lifted the cable up for me and I walked right under. (laughs) At that moment, it hit me how widespread and popular Pokémon was.

On the iconic sprites:

…the way we did it meant that we had to create twice as many graphics for each pokémon (a front side and back side), which ate up a ton of memory, but I also strongly feel that looking over their shoulder in battle, as it were, really makes you feel a certain closeness to them, and makes you want to protect them. I wanted to evoke that feeling in players. Showing the backside also gave us a chance to include more little details about the pokémon—like oh, they have this cool pattern on their back, or this pattern looks like eyes on their back, that kind of thing.

These days, I’m more into drawing pixel art (versus illustrations). Pixel art is incredibly deep. If you change the location of just one pixel in a sprite, it can give an entirely different impression. It’s got so much personality. […] Well, there are some who say pixel art is living in the past, though. (laughs)

Shigeru Miyamoto’s advice on how to become a good game designer:

I’m often asked for advice by children who want to become game creators, and my default answer for a long time has been: “When the weather is good, you should go play outside.” If you dream of becoming a game creator, you shouldn’t only play video games; I think you should try and have as many varied, diverse experiences in this life as you can.

A wealth of different experiences is indispensable for fostering creativity. Get out there and move your actual body, jump, bounce, run. Experiencing the pain of falling down is very important, as is the feeling of butterflies in your chest when you’re in love. The specialized knowledge you need for developing video games—that can come later.

On meeting, and becoming impressed with, Satoshi Tajiri:

Before I had actually met Tajiri, I was very impressed by the 1989 Famicom game Quinty. […] I remember thinking then, “This guy’s definitely got another great game in him.” […] Later, Tsunekazu Ishihara of Creatures Corp. officially introduced me to Tajiri, and arranged for us to have lunch in Kyoto. “Keep up the good work!”, I said, cheering him on.

While my title for the development was Producer, in truth, I had hardly any advice to give to Tajiri. It simply wasn’t needed: Tajiri was the kind of person who was always asking himself the important question: “why is this interesting? what makes this fun?” […] I trusted Satoshi Tajiri fully and completely.

On his own contributions to Pokémon:

The one bit of support I did give to the Pokémon project was convincing Nintendo to increase the size of the backup memory for the cart. […] With that addition, we were able to include the full 151 pokémon to catch—gotta catch ’em all! I was also working on the development of the Nintendo 64 hardware at the time, and so I proposed the Pokémon Stadium game, which gave Tajiri an opportunity to realize Pokémon in 3D.

At first, there were no plans for the different Red/Blue carts—it was going to just be a single cart, but I wanted to do something a little more creative for this. Since the core of the game was catching and trading pokémon, creating two different cart versions which had slightly different chances for each pokémon to appear would encourage and necessitate friends to trade with each other, and make the whole experience more fun.