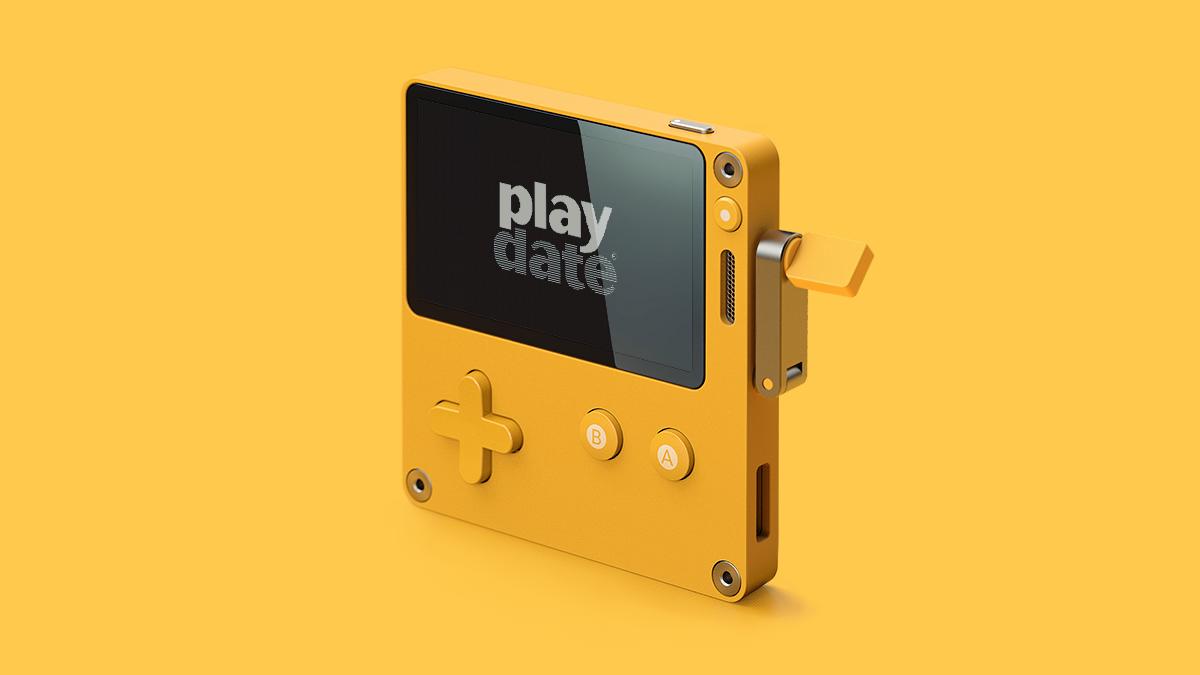 Panic, a company best known for developing apps as well as publishing games such as Firewatch and Untitled Goose Game, has today announced Playdate, a new hand-held gaming console that looks unique to say the very least.

Playdate will be a pocket-sized gaming console with a black and white display that resembles an old-school Gameboy with a twist, a literal twist. On the right side of the device is a crank that will be used in gameplay. Speaking of gameplay, Playdate will feature twelve separate, single-player games, each providing a unique experience. Some will utilise the face buttons, others the crank and some a combination of the two. These games will be released as part of a season, one game each week for twelve weeks. So far only one game has been shown, Crankin’s Time Traveling Adventure, which has everything you could ask for, robots, time travel, a German suplex, the whole nine yards.

These games are brought to the console by a number of different game designers such as Keita Takahashi, Zach Gage, Shaun Inman and Bennett Foddy (please give me a crank-based QWOP) which should make for a fairly eclectic bunch of experiences. There won’t be any word on the other eleven titles until they begin appearing on the consoles as Panic wants players to feel as though they are receiving a present each week when a little light illuminates to signify there is a new game available to play.

Orders aren’t being taken at this stage, but you are able to sign up for notifications regarding its development over on the official website. The unit won’t be cheap, coming in at $149 USD, but it is a very unique and clever bit of hardware that we are excited to learn more about. So a console with a crank, is it a must-have for you? Let us know what you think about Playdate.