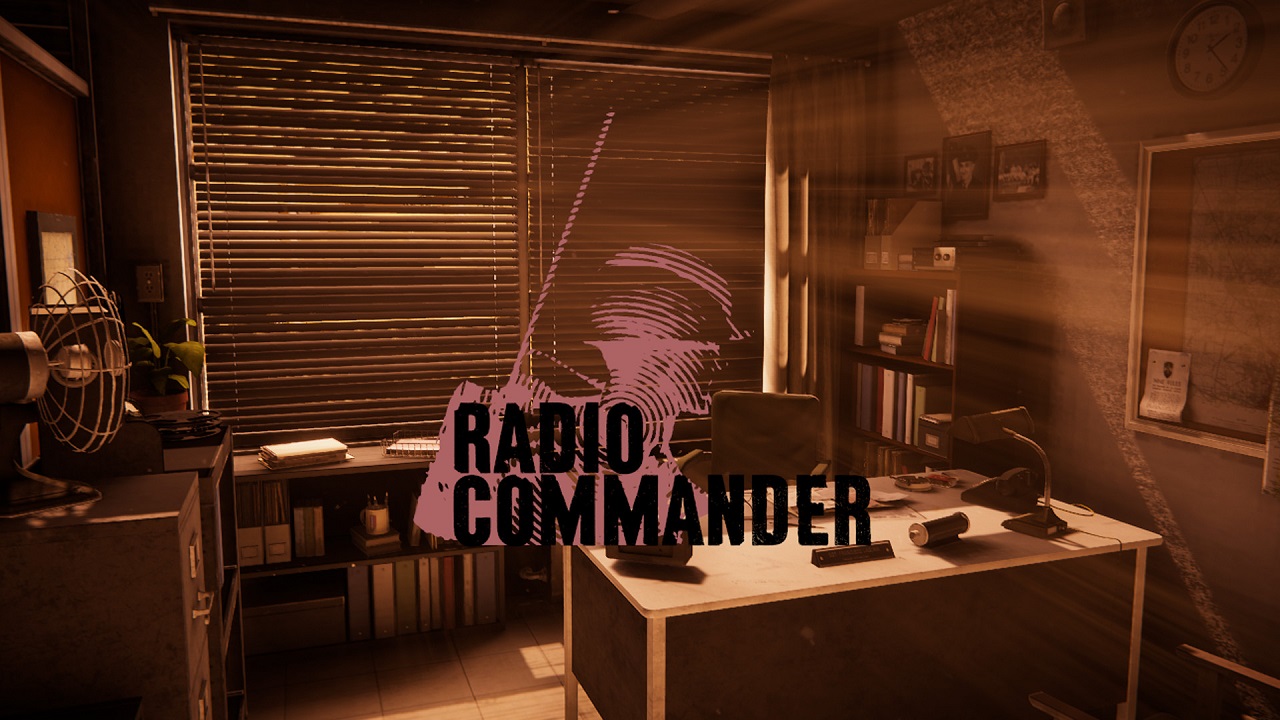 The Vietnam War doesn’t bed often with video games. When they do it’s usually a first-person shooter like 2003’s Vietcong or the more recent Rising Storm 2: Vietnam. To that effect, strategy games set during the war can be counted on one hand. Men of War’s stab at the conflict or 1989’s Lost Patrol are examples that immediately come to mind, but you’ll struggle to find many other options.

Strategy gaming’s Saigon-sized hole is one that Polish developer Serious Sim’s crowdfunded Radio Commander seeks to fill. From the very start, you’ll notice that Radio Commander isn’t like any other strategy game you’ve played. Instead of controlling units directly using a mouse and keyboard, said units receive orders from your in-game radio transmitter. In a traditional RTS game, your view would be of those troops marching across the battlefield to get where you told them to go.

But Radio Commander’s view is static: Your map is…well, a map. A ‘physical’ map on your desk, littered with tokens designating each unit on the map. Your units will do what you tell them to do, but you’ll have to keep track of their positions yourself. As a result, Radio Commander plays more like an electronic tabletop war game than a Command & Conquer clone.

See, these tiles are the real dominoes in ‘Domino Effect’

Borrowing aspects and aesthetics from tabletop gaming was intentional. It’s something that makes Radio Commander feel more tactile than other RTS games, and was one of my favourite things about it.

“This ‘physical’ aspect was one of the first things on our list when we started with the prototype”, Radio Commader’s designer Jakub Bukała tells me. “When you deal with relatively innovative approaches, you never know how it will work until you try it out.”

Serious Sim’s goal is to give video game genres a new lease on life, and the RTS is no exception. It’s needed one for quite some time, after all.

“We love genres as the human mind has this tendency to see the patterns in everything”, Bukała says.

“Partially that’s good because it makes communication much easier, but the downside of this is that genres have this tendency to encapsulate. Worst case scenario is when a given genre stops evolving as it’s happened with point and click adventure games, for example. RTS games didn’t avoid this fate – from being quite popular they’ve become almost a niche now.”

Niche is absolutely the best word to use to describe the RTS post-MOBA. While larger-profile games like this year’s Anno 1800 or last year’s Frostpunk do attract considerable attention, they pass as mere blips on the larger gaming radar. It’s unfortunately not the 90s anymore, but Serious Sim only sees that as a good thing – especially when it means that their unique approach can be more easily noticed.

”I wake up every day with the curiosity of how Radio Commander is going to be received”, continues Bukała.

”We don’t have to waste energy to try to stand out from the crowd.”

This relief from all-seeing eyes grants the team more creative freedom, which they use to its fullest in Radio Commander’s storytelling. In it, soldiers bicker with you and each other, and you’re confronted with some truly gut-wrenching choices and consequences. The brutalities of the Vietnam War are put on full display, without seeing any of it with your own eyes.

And what brutalities they were. Agent Orange needs no introduction. Crimes against humanity were committed by both North and South Vietnam-affiliated forces, and civilian loss of life remain scars on a modern Vietnam’s soul – and those who fought in its jungles. Film is no stranger to these atrocities, having portrayed them for the better part of a half-century. Games, however, tend to look over these aspects in favour of providing a ‘clean’ experience.

This is something that Radio Commander’s writer Tomasz Pstrągowski wants to address. ”One doesn’t have to research very deep to find out that the Vietnam War was messy”, he says.

Pstrągowski explains that Serious Sim’s Polish background – Poland being under a Communist puppet regime for the entire Cold War – makes them “immune to propaganda”.

”There were no good guys and bad guys. Of course, North Vietnam was a communist dictature of the worst kind. But at the same time, Vietnamese people wanted to live in one country, and loved Ho Chi Minh.”

“South Vietnam was corrupted, and no one believed it can last for long”, Pstrągowski continues. “And the United States – their motives were definitely not clean, they were using South Vietnam and, eventually, betrayed it.”

That said, the team isn’t interested in presenting their own spin on a war that devastated so much – and took away so many.

“We are just some guys from Poland.”, he says. “It’s not our war. Its Americans and Vietnamese who should rip those myths apart and face their own history.”

Instead, they’re interested in simply letting the war speak for itself. “We just want to tell a story about that war”, Pstrągowski says, “because we like to tell complex stories, and are interested in the Vietnam War.”

We gotta get out of this place

The horrors of the war may pollute your airwaves, but they’ll seem so distant if you look up from your map. If you look around from your tent, you’ll see your 3D-rendered base organically react to decisions you make. You can watch Huey helicopters take off to follow your orders, their iconic motor noise ringing in your ears. Local artillery opens fire with a deafening roar in front of you, sending ordinance to wherever far away point on your map you wish. This base adds a tremendous amount of life to what is a ‘dormant’ style of game.

Creating it, however, wasn’t easy.

”US bases in Vietnam, according to all archive photos, looked absolutely dull and hideous”, laments Bukała.

”They were completely flat, devoid of vegetation, composed of very repetitive structures. Even colours were somehow monotonous.”

His recent visit to Vietnam awed him with its natural beauty, so he decided to shake things up a bit to make Radio Commander’s base more dynamic.

Visually speaking, historical accuracy isn’t all that important in a game like Radio Commander anyway. You’ll be spending most of your time staring at the map, so having nice-looking scenery is a must if your occasional breaks don’t just depress you. The helicopters land and take off dangerously close to you (and everything else) and the artillery is probably too close to the combat zone, but it doesn’t matter. It looks and feels cool.

Bukała’s experimentation with visual revisionism seems to have pleased even himself. “Now, after more than a year in development, I start to like this place.”

Not one to rest on his own laurels, he wants to put “even more life” into the base before Radio Commander’s release next month.

But going off of what I got to play so far, Radio Commander needs only some minute detail shifts. When a unit gives a location of itself, its destination or an enemy, a ripple will quickly play out on the map indicating said location. While a great feature, its timing could use some lengthening. All too often, I found myself asking them for a sitrep again if they found an interruption and pinged it.

Radio Commander is intentionally designed to be a stressful experience in the middle of combat. You’re in the army now, son. But a lot of that stress comes from Radio Commander’s use of a layered menu navigated with number presses, and some finicky (for now) voice recognition à la 2008’s Tom Clancy’s EndWar. Less Warcraft II and more Dune II. What could help matters is a right-click context menu for tokens, allowing you to give orders to them more quickly.

Besides these nitpicks, Radio Commander looks to be a wild departure from what we can expect from the RTS genre – and I couldn’t be more excited to see how the finished game plays.

Radio Commander is releasing in September of 2019. You can wishlist it on Steam.