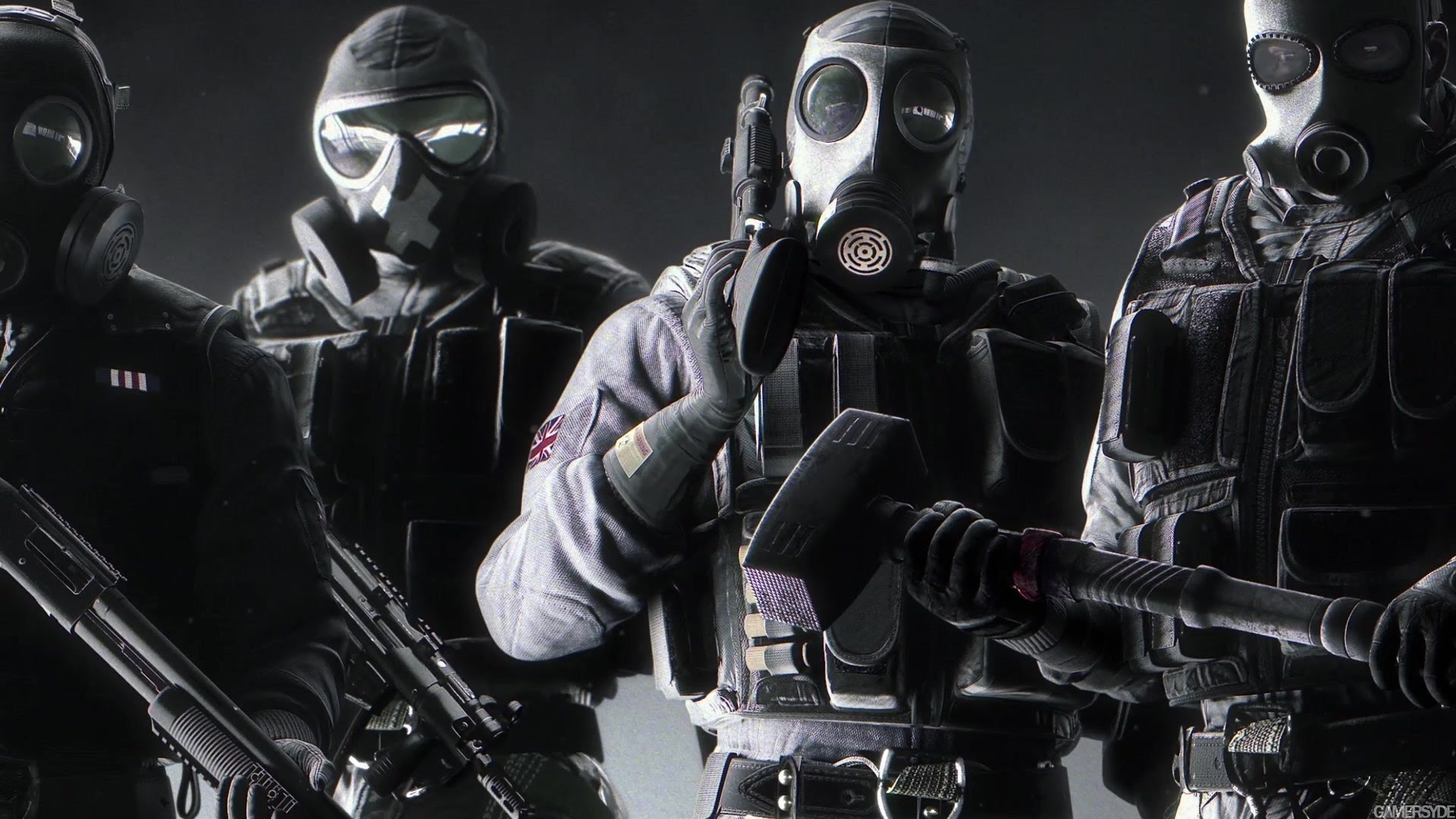 Ubisoft’s closed beta for the tactical 5 vs 5 first-person shooter Rainbow 6: Siege has just ended, and inbetween the madness of the EB Games Expo in Sydney I got the opportunity to sink a few hours in. What I saw generally impressed me, but I’m not without some fears and reservations as to some of the mechanics, as well as to how well it will be received by console gamers. But first, the premise…

In the main mode, oddly called Team Deathmatch, the game has you either attacking or defending an objective. There were only two variations on TDM objectives in the beta, and these involved either defusing one of two bombs while the other team defended them, or simply securing a small area while the attackers tried to infiltrate. You are part of a team of five Operators with different skills and specific weaponry, and only one teammate at a time can assume the role of a named Operator. There were a total of sixteen Operators split evenly between attackers and defenders, however there are reports of there being twenty in the final build. Each Operator can be individually customised to a certain extent in terms of what weapons you take into battle and what gadgets you take, although the option is generally limited to a choice between two or maybe three things if you’re lucky. Importantly, each Operator has a special ability, and these are all quite fun to play around with and combine with teammates. The round begins with attackers controlling drones to scope the building that the defenders are in, ultimately trying to locate the objective and identify the Operators defending them. During this time the defenders are able to fortify the objective by doing things such as laying down razor wire, fortifying weak walls so they can’t be breached and barricading doorways.

Matches are tense, paranoia-inducing affairs, and many times I would find my heart rate elevated as I either waited for attackers, or cautiously cased the building before infiltration. This is a game where strategy and communication is key; a team that coordinates together, stays alive together. Many of the special skills and weapons that the Operators wield complement one another, and there are many combinations that can be employed to gain the upper hand. For instance, the Operator Thermite has a powerful breaching charge that can bust through reinforced walls. In one particular level, a garage with the objective just beyond it was almost always reinforced completely, but a Thermite breaching made short work of this. Adding some heavy armour shield-bearing Operators like Montagne or Fuze into the mix to lead the charge and protect those behind them as they waltz through the gaping hole you’ve just created works wonders in terms of infiltrating via violent frontal assault. Sometimes you can infiltrate via more sneaky means with the use of drones that locate enemies (and tase them a bit for good measure), or coordinate by entering a room from multiple angles simultaneously. All surfaces in R6:S are destructible to an extent, meaning you can create lines of sight through walls, floors and barricades by hitting them or shooting them, or straight-up vapourising them with breaching charges for a more dramatic entry (which will also kill hapless Operators on the other side of the wall which is a nice touch). With the massive advantages to be gained by communication and coordination of both attack and defence, it is a pity that so many choose to play without mics. This is not a game where being a lone wolf is recommended; buy a mic (they’re cheap you bastards) and get talking.

The beta was not without its issues; matchmaking was fairly painful at times (taking up to fifteen minutes to get two full squads together), but we’ll give Ubisoft the benefit of the doubt as this is what betas are designed to test and you’d imagine that this will improve. Also, the heavy shield-bearing Operators need to be scrutinised as to their overpoweredness, and a casual perusal of the R6:S forums will reveal that many feel that they’re just a little too impenetrable. If a heavy shield Operator is looking at you from the front and crouching, they simply can’t be hit. They need to be flanked or shot in the back, but a skilled heavy Operator can avoid those sorts of encounters. Their only other weakness is the power of friendship C4, but not every Operator has the ability to carry these plastic explosives. Their ironclad defensive capabilities are supposed to be offset by their slow movement, and ability to only use pistols, however these pistols are still quite deadly in the right hands, especially the Magnum. In my opinion, making the shields deteriorate after being pummelled by bullets would be recommended, as well as perhaps reducing hip fire accuracy when a heavy shield is being carried. Furthermore, expanding the customisation options such that you can carry C4 as any Operator would also be welcome.

Overall, I had a great time with the closed beta, and was kept entertained round after round. I enjoyed many moments of emergent gameplay, and the ways in which you tackle the objective are limited only by your imagination. For instance, at one stage I was in a 1 vs 3 clutch situation and so I decided to bait them with a breaching charge from the floor above them, which I detonated as I simultaneously busted through a barricade from a completely different angle, managing to take two of them down in the confusion before being taken down by the final defender. It will surprise no one that the final defender had a heavy shield. Despite enjoying myself, I’m very concerned that there simply isn’t enough to hold gamers’ fickle attention, a concern I raised in my review of Evolve too (which proved to be quite founded). It has been confirmed that there will be no dedicated single-player campaign, so online adversarial modes will be the bulk of what R6:S has to offer. It makes me wonder just how many modes, Operators and maps will be required to satiate the online player’s thirst for content, and unfortunately I believe that it will most likely launch with not enough to get a community rolling.  All this being said, it’s possible that the game might cater nicely to PC players who enjoy games like Counterstrike, as there are certainly similarities to be drawn there.

The reported lack of meaningful campaign is a glaring issue for many R6 fans, and as of yet no context had been provided as to why you’re doing what you’re doing as an Operator. A few times various teammates commented that they had no idea why a bunch of heavily-armoured bastards armed to the teeth were trying to blow up a house, and I had to laugh and agree at the absurdity. Perhaps we will be given more context for our actions come release day. At the end of the day I like the fact that Ubisoft are trying something different to the utterly stale Far Cry and Assassin’s Creed franchises, and I hope their gamble bears fruit. I’ll be reviewing the game when it releases December 1st so stay tuned. In the meantime if you have any questions about the game I’ll do my best to answer them in the comment section below.

In this article:do you even game bro, dyegb, Kieran Stockton, Rainbow 6, Siege, Ubisoft