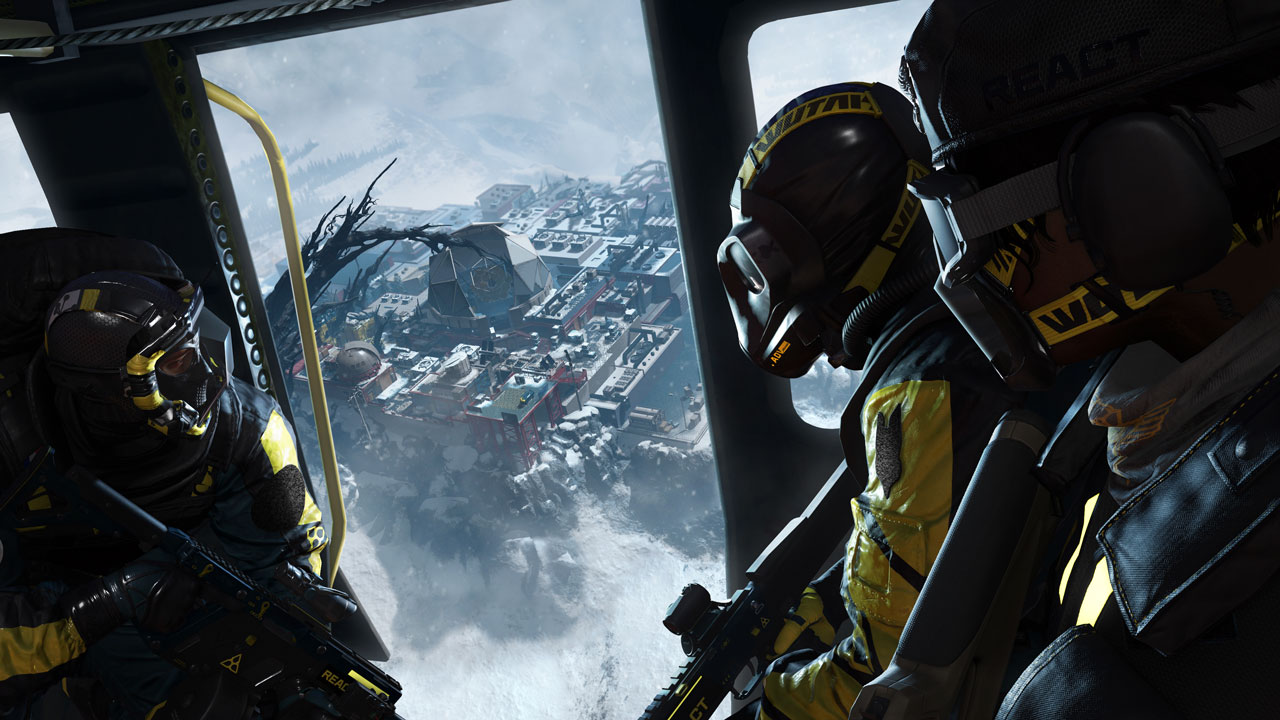 Sometimes there’s nothing better than jumping into a multiplayer game with some mates and just shooting the shit while, well, shooting shit. It can be the perfect panacea after a tough day and it’s for that reason I’ve had my eye on Rainbow Six Extraction, the latest entry in the Rainbow Six series. Extraction is a three-player PvE experience that takes Operatives from the Rainbow Six Siege universe and tasks them with taking down an alien threat known as the Archaeans. Recently I went hands-on with the title ahead of its January 20 release, and while it didn’t blow me away, I certainly came away keen to play more later this month.

As someone who prefers PvE multiplayer over PvP, Extraction is right up my alley in that regard. I played Payday 2 on repeat back in the day and loved it – the intense action and suspense of trying to pull off a heist with a bunch of mates are some of my favourite moments playing games. Going into Extraction I expected a fairly bog-standard multiplayer shooter, not that there’s anything wrong with that, but does Extraction have a web of its own to spin?

What I didn’t expect was to have my arse handed to me, with our first foray against the Archaeans lasting all of about five minutes. I welcomed the challenge as it reminded me a lot of 10 Chambers’ popular cooperative horror shooter GTFO. Extraction doesn’t push the boundaries of difficulty like GTFO does but it does share some similar DNA, not only in gameplay but in the atmosphere. I guess the best way to put it is that it’s Diet GTFO.

Regrouping and going again we fared slightly better, but it was obvious that given Extraction’s tactical heritage that we needed to work together if we were going to survive. Much like in Siege, having the right squad makeup can be paramount to coming out the other side or dying in the process. Each squad of three will need to be made up of different Operators, meaning you’ll need to plan and identify which Operators and gadgets are best suited to the mission you’re about to undertake.

Each Operator has their own ability and level progression. You can customise an Operator’s loadout (their guns and gadgets) but their ability is fixed. For example, one Operator’s (Pulse) ability allows players to highlight enemies through obstacles, another (Rook) drops armour for the team to wear that will mitigate damage taken and will spare players from being KO’d, while another (Sledge) has access to a hammer that can be used to stun enemies or create new paths by banging through walls. Unfortunately I didn’t get time to delve into the game’s progression system, so I’m not sure how things really work there outside of unlocking extra gadgets and the like.

Missions are fairly straightforward. You’ll head into one of the game’s three locations (New York, San Francisco and Alaska) and 12 containment zones where you’ll be tasked with simple objectives such as obtaining Archaean samples, eliminating Archaeans or their nests, rescuing VIPs, or capturing Archaeans. There’s a few more and objectives are procedurally generated, so no two trips to a map should be the same, at least not at first anyway. Each map will have multiple objectives but players are free to choose when they want to extract and cash in on wins they’ve had. But I’d be lying if objectives didn’t start to feel slightly repetitive by the end of my hands-on.

What was pleasing was the variety when it comes to the Archaeans, with more than 10 types and each one having its own form of attack and varying in difficulty. Having such a high number of enemy types helps break up the monotony of fighting off waves of the same, although Grunts are available to kill in spades.

Taking a stealth approach yielded far more successful results, and once we got into the groove of things we managed to make it through a mission relatively unscathed. Every now and again mayhem would unfold, however we normally had no trouble dealing with enemies unless it was one of the more dangerous ones. If there’s one knock I had on the gameplay it’s that the gunplay felt a touch weak, with weapons feeling like they didn’t have much of a kick to them.

The way characters are handled in Extraction is a little different to other PvE games (at least that I have played). Operators do not regenerate health during a mission and the only way to heal up is by using a med pack, which is pretty standard. However, the catch is that the health a character extracts with becomes their starting health in the next mission they are used. It’s why teamwork becomes so important because you can easily become overrun and see your health go from full to low in a matter of seconds.

During a mission, each Operator gets one revive, after that you’re toast and the only way to recover is to have your body extracted from a mission, but that Operator will have a cooldown before they can be selected again. If your whole squad perishes or your body gets left behind, those Operators can be extracted by other Operators. However, if you fail to rescue them, they will be available to use again but all of their progress will reset.

Completing missions will not only yield XP it’ll also give your Operators’ health a boost. Oddly enough, it won’t go to the Operator you’ve just used, instead it’ll go to whoever the game decides, which is a strange way of doing things. It would be great if players had the option to distribute health to an Operator of their choice given that players may jive some Operators more than others.

We had time to try out Extraction’s ranked endgame mode: Maelstrom Protocol. It’s a challenging mode that sees players utilise a designated selection of Operators to complete a bunch of objectives while taking on more dangerous Archaeans. Our only attempt lasted less than 10 minutes, which ensured that my hands-on finished about as good as it started.

By the end of my roughly three-hour preview session I felt like I had a clear idea of what Extraction was and will be – a super fun game to play with mates that is full of chaotic and tense moments, but one that may struggle to hold players’ attention after a couple months. Hopefully Ubisoft has grand plans (not including NFTs) to keep the game fresh because there’s certainly fun to be had here, but it’s how long it will last is the biggest question.