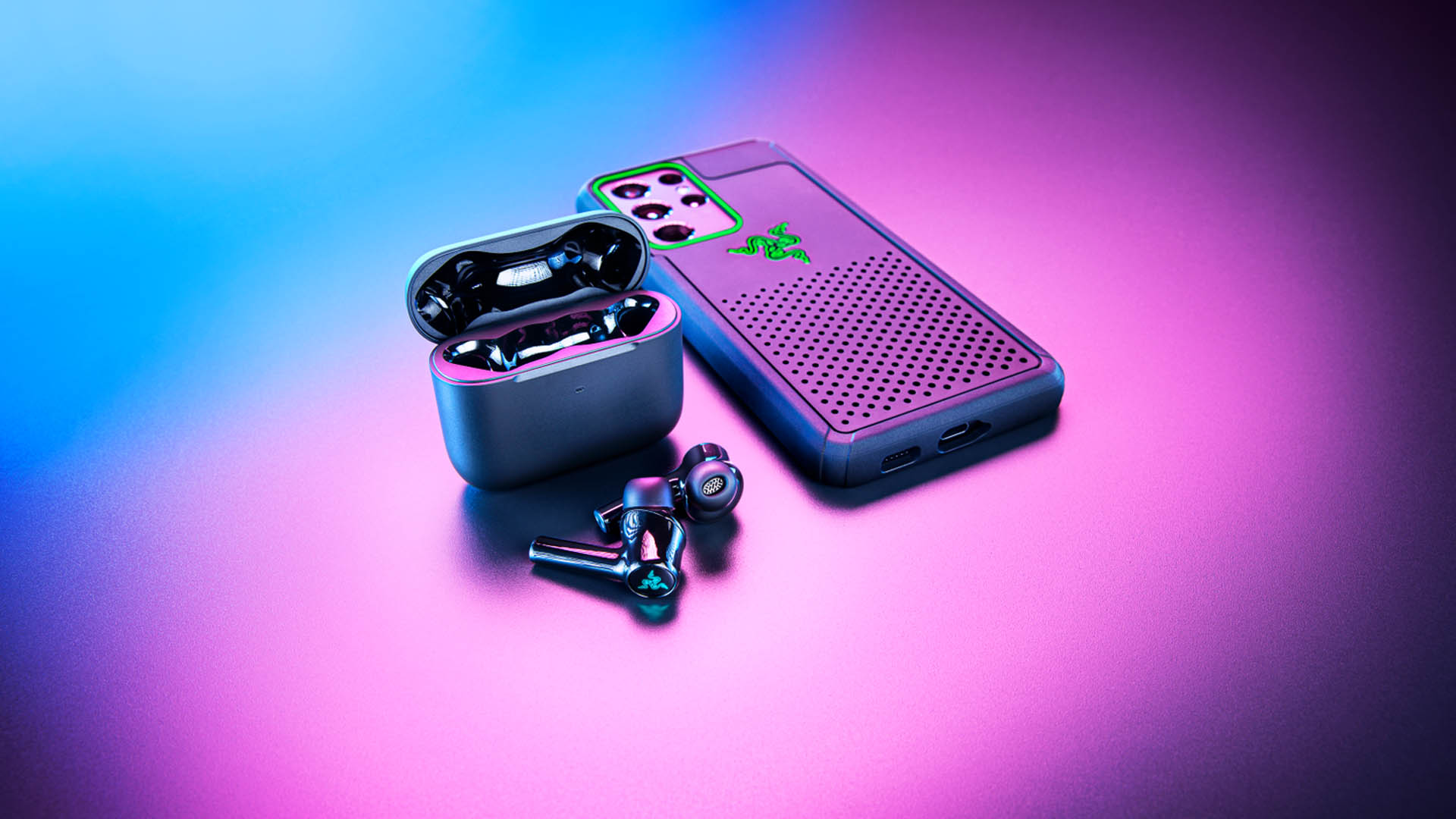 Let me get something out of the way early – I typically loathe in-ear headphones. It was somewhere along the path of swapping whatever pack-in buds would come with each new phone purchase to cradling my noodle with my first pair of Sennheiser Momentums that I realised over-ears were my jam. I’ve since moved onto a combination of Sony WH-1000XM4s for my commute/music experience and SteelSeries Arctis 7s for gaming, but when given the opportunity to give the Razer Hammerhead True Wireless earbuds a spin I thought, “Why not?”

With Spring weather impending and mobile gaming and communication beginning to fill a social void during Melbourne’s increasingly-long lockdown, maybe there was a place for in-ears in my life, especially gaming-focused buds with IPX4 water resistance. After all, my (ear) holes are always open to new experiences.

Nestled inside a small, green-and-black box that couldn’t be mistaken for anything but a Razer product, the Hammerhead True Wireless earbuds are packaged alongside a pretty standard array of extra bits. You’ve got a basic instruction manual, a short USB-C charging cable, two additional sets of earpiece tips in different sizes, a sick Razer logo sticker to ruin your MacBook lid with and of course the charging case for the headphones themselves.

On first opening the unremarkable-looking charging case to reveal the Hammerhead buds inside I noticed three things. One, the piano black finish of the earbuds is actually quite nice and manages not to look too cheap and plasticky at first glance. Two, that one criticism I’d seen of the first generation of the Hammerheads has been solved – the left and right ears are now positioned left and right in the case and not the opposite way around. Phew! And lastly, the very moment I flipped that case open the earbuds attempted to auto-connect to the phone of the person next to me. I’m sure that feature is normally quite impressive and handy but maybe not while in close proximity to others.

Once I’d put some distance between myself and anyone else and opened them up again, the Hammerhead True Wireless earbuds auto-paired to my phone through Google Play Services and I was up and running right away, which is definitely the fastest and easiest pairing process I’ve had with wireless headphones so far. It still pays to jump onto your respective app store though and download both the Razer Audio app and the Chroma RGB app to properly tweak your experience. I only wish that Razer found a way to integrate everything into the one app like it has with its desktop PC software experience.

Putting the Razer buds in my ears for the first time certainly took some adjusting to after not having used in-ears for so long, but they proved to be far more comfortable than I was expecting. I’d say I have ‘average’ sized ear holes so the tips already on them have been more than adequate, but it’s good to know the two other sizes are there should I want to change. After a couple of weeks of use I haven’t had them fall out or cause discomfort even when wearing them at work or while I moved apartments, and the case fits so nicely in my jacket pocket that I’m constantly forgetting it’s in there.

One thing I’ll always struggle with in fully wireless earbuds is fiddling with touch controls, and the Hammerheads sadly aren’t an exception. Each bud has a single zone in which varied types of taps and holds perform basic functions (tap to pause, double tap to skip, hold to turn on noise cancelling etc.) which works well enough but can be finicky as touch controls tend to be. The Razer audio app allows you to remap functions, including independently of the left or right bud, which is handy. Surprisingly my favourite detail in the Hammerheads’ housing wound up being the Chroma RGB lighting – something I initially thought was pointless in something that sits inside my ears until I managed to drop one under my bed and could still very clearly see where it’d landed. I will admit to spending way too long fiddling with the 16.8 million potential colours and handful of lighting effects in the app as well, so I’ll admit the Chroma thing is actually pretty dope.

Not gonna lose these in a hurry

Just as important as the level of comfort of a set of headphones though is the sound, and it’s here where my expectations were simply met and not exceeded. There’s obviously going to be a stark difference in these tiny buds versus the cans that I’m accustomed to, and I was prepared for that going in. That said, by default the audio coming from the Hammerhead True Wireless buds is quite a bit muddier than I’d have liked for music, even when switching presets in the Razer Audio app to something more geared toward that. These are marketed as ‘gaming’ earbuds though, and for that purpose the mix is much more appropriate.

I tested a wide range of mobile games from Fortnite to Magic: The Gathering Arena and NieR Re[in]carnation as well as a bit of anime on my phone during downtime and found the audio experience incredibly fit-for-purpose with a rich response, decent soundstage and nice sense of direction. The new generation of the Hammerheads also finally feature Active Noise Cancelling, which works surprisingly well for a set of buds and also offers ambient audio passthrough which came in very handy waiting for my number to be called out at my local KFC – and by default both modes are only a tap-and-hold away. The second gen Hammerhead True Wireless buds also feature a 60ms low latency mode designed for gaming, although the response over the standard codecs seemed to be good enough during my gaming usage. Maybe I’m just too shit at Fortnite to notice.

Elsewhere, phone calls sound great and the feedback I got from others over Discord using the earbuds’ dual Environmental Noise Cancelling mics is that my voice came through loud and crisp which is a huge plus.

The thing that impresses me most about the second generation of Razer’s Hammerheads though is their versatility. While they’re absolutely designed for mobile gaming and not much else (no support for console gaming here), they’re miles ahead of others I’ve tried in terms of varied use cases. For one, the bluetooth range is fantastic. That’ll vary depending on device but I never once walked far away enough from my Pixel 5 to interrupt my listening experience. On top of that, unlike some other gaming buds I’ve tried these work independently of each other, so I can easily just stick one ear in to chat on Discord while I game on my TV or pretend to hold a conversation with a co-worker. I also spent a great deal of my time with the Hammerhead True Wireless buds listening to the My Dad Wrote A Porno podcast in one ear while pretending to work, which brings me great joy.

The second generation Hammerhead True Wireless earbuds also possess a much better battery life than the previous iteration at up to 6.5 hours on the buds with another 26 stored in the case, only dipping to 4/16 hours with both ANC and RGB switched on. I went a full week of using them a few hours a day without the need to recharge so I’d say those numbers ring true.

Razer’s second generation Hammerhead True Wireless earbuds aren’t going to set the world on fire, or convince anyone with high-end cans to make the jump to plugs, but through a robust feature set they’ve made me a believer in the versatility of wireless in-ear headphones. If you’re a frequent mobile gamer or communicator on the go and the thought of Chroma RGB bringing some disco to your ‘drums is appealing I can’t think of a better option at this price point. 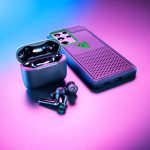