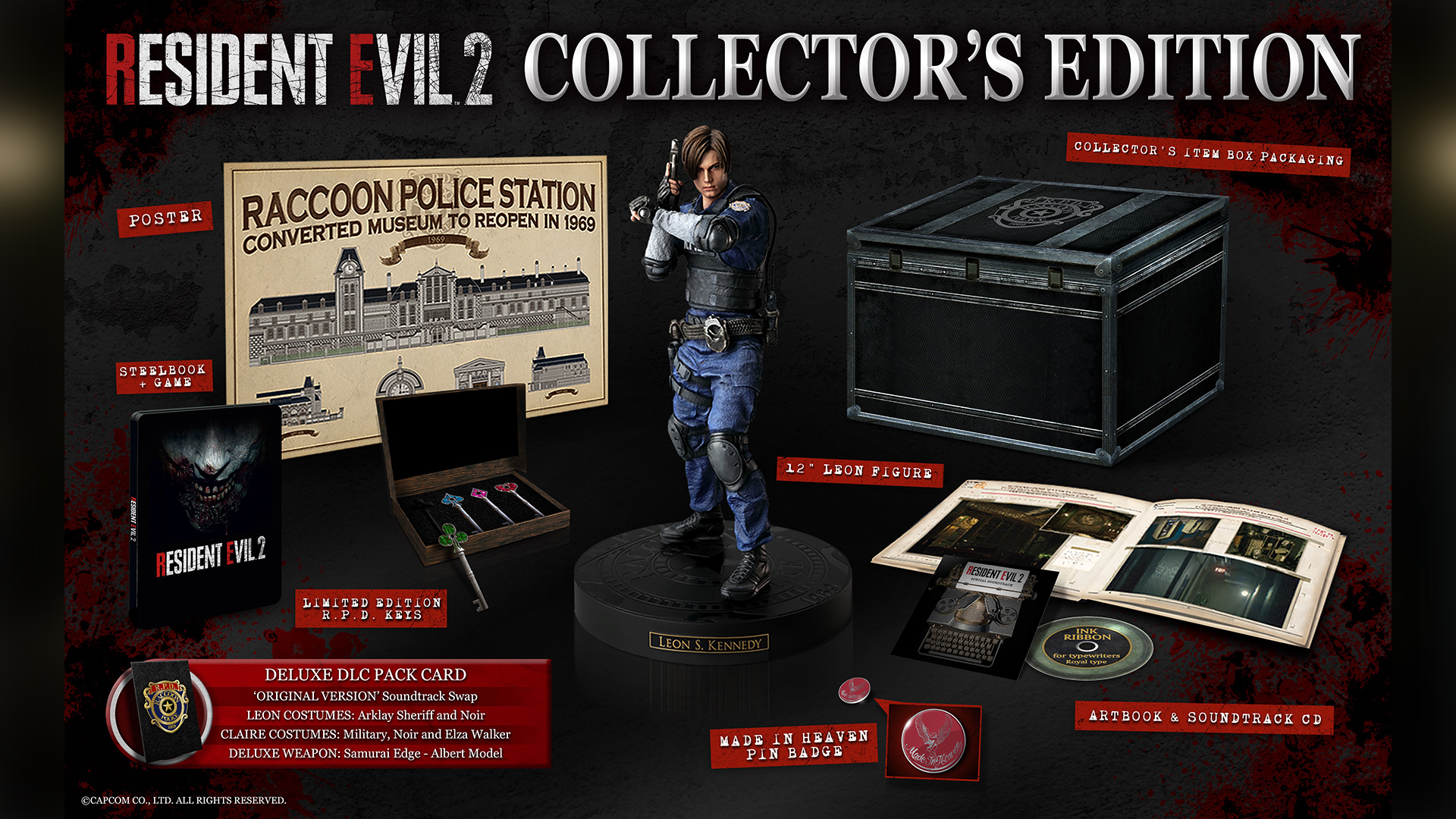 Those who were hoping for something similar to the US edition will be pleased to know that the Australian edition is almost identical, with Australian version containing the 12″ statue of RE heartthrob and former hair model Leon Kennedy.

However, it’s going to cost you more than an arm and a leg, with JB Hi-Fi listing the CE for pre-order at a whopping $429. No word on when EB Games will have it available for pre-order, but we expect more information to be announced in the coming days.

The Australian Resident Evil 2 Collector’s Edition will include the following items: