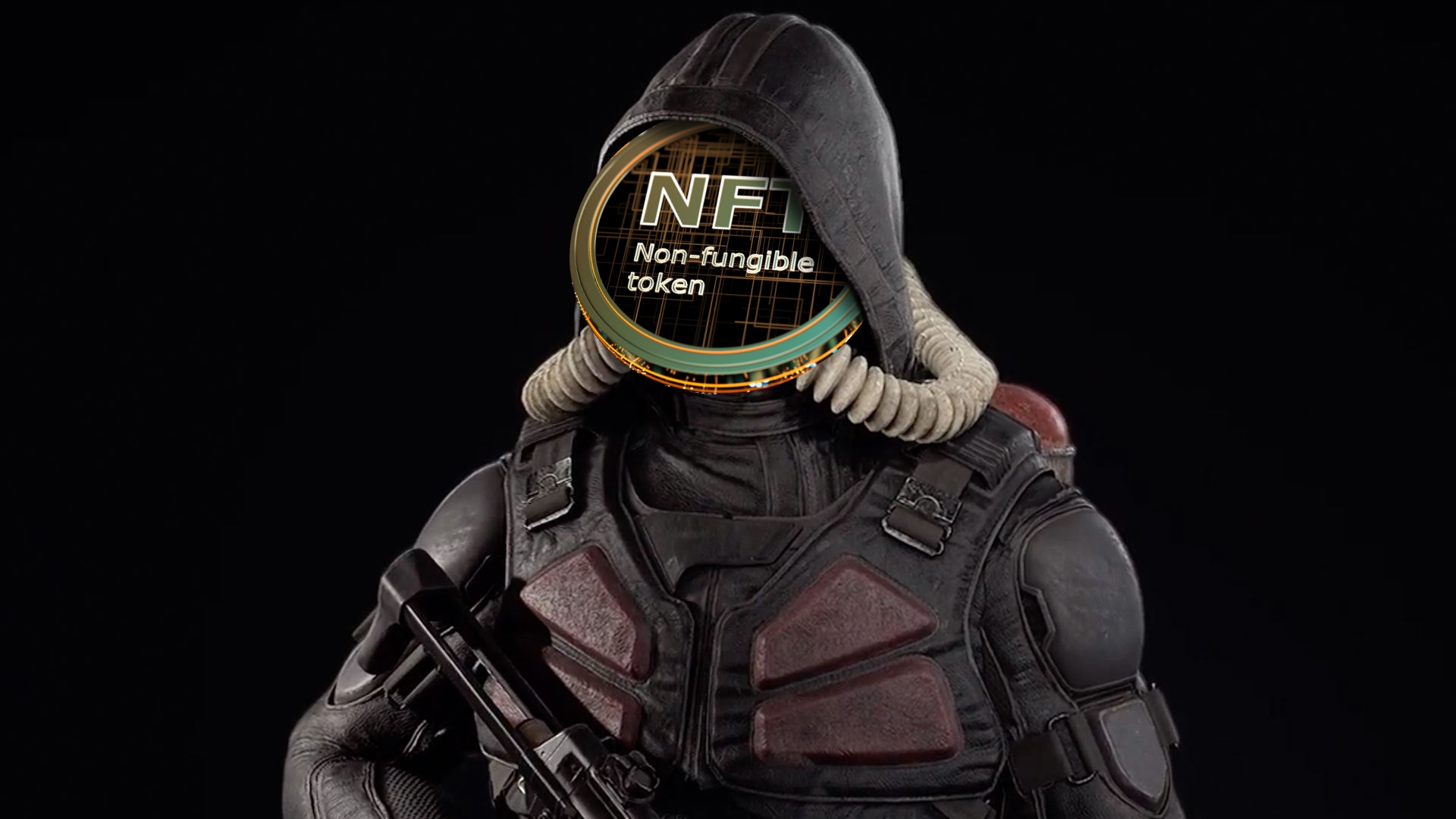 People have been pretty keen for news regarding S.T.A.L.K.E.R. 2: Heart of Chernobyl, but not really the kind that discusses the controversial notion of NFTs within a game.

Developer GSC Game World announced their curious plan to allow people the option to buy their way into the game to become an NPC – claiming it would be the ‘first ever metahuman’ character within a game. Beyond this, there was not really any specific detail on whether this NPC would even be a significant character, adding further doubt to the purpose of the purchase option. Aaaand then GSC Game World unveiled that there were even more NFT plans in the form of some nebulous “highly secretive genesis packs” to be announced in February.

Surprising no-one, the incredibly passionate fan base decried the plans – mostly due to apparent pointless nature of the NFTs , as well as the fact that the game is a long way off finished and spending development resources on super volatile crypto crud seemed counter-intuitive.

The backlash was entertaining, to say the least:

For fuck's sake, stop with this. Please. This will eventually ruin the hobby. Nobody wants to play a game where one of the NPCs is some rich arsehole with more money than sense. This is greedy people selling shit to greedy people. Nobody else wants it. https://t.co/MduSVAsOzq

Me when stalker 2 nft's pic.twitter.com/8rhGIyJjst

I won't buy the game if NFT is involved with it in any way. Please reverse this decision. pic.twitter.com/l5UYHP8aq7

On twitter, GSC Game World responded with a pretty frank statement that equated to “Okay, we wont do that after all.”:

A long form apology was also spotted, breaking down that the purpose of these options was targeting long term development costs – however many considered it disingenuous, and even a little petty that the studio had been denied an option of revenue.

WE WANT TO GIVE A DETAILED COMMENT ON YESTERDAY’S ANNOUNCEMENT OF NFT-BONUSES FOR S.T.A.L.K.E.R. 2.

GSC GAME WORLD IS AN INDEPENDENT GAME DEVELOPMENT STUDIO. WE HAVE NO PUBLISHER, BUT WE DO HAVE WONDERFUL PARTNERS, AN INCREDIBLE TEAM, AND A DREAM OF A GAME THAT YOU WILL SINCERELY LOVE. JUST LIKE ALL THE OTHER DEVS, WE NEED TWO MAIN RESOURCES: TIME AND MONEY.

S.T.A.L.K.E.R. 2: HEART OF CHERNOBYL IS TRULY THE BIGGEST AND THE MOST COMPLEX GAME WE HAVE EVER CREATED. ALL THE FUNDS THAT WE EARN DURING THE DEVELOPMENT PROCESS (INCLUDING THE POTENTIAL INCOME FROM NFT) WILL BE SPENT ON IMPROVING THE LONG-AWAITED GAME TO MAKE IT EVEN BETTER.

WHY DID WE CHOOSE NFT? IT’S A NEW TECHNOLOGY, AND WE ARE EAGER TO «DO NFT RIGHT»: GIVE CERTAIN FANS AN OPPORTUNITY «TO GET INTO» THE GAME WITHOUT INTERFERING WITH OTHER PLAYERS’ EXPERIENCE. THAT’S WHY THE TOKENS ARE ENTIRELY OPTIONAL AND HAVE NO IMPACT ON GAMEPLAY OR STORY (NO WEAPONS, QUESTS, LOCATIONS, ETC.) AND CAN BE ACTIVATED ONLY BEFORE THE GAME RELEASE.

YESTERDAY WE ANNOUNCED THE FIRST TOKENS — THE FACES OF SEVERAL NPCS. THEY AREN’T EVEN INVOLVED IN THE STORY. BUT SOME OF YOU THOUGHT WE WOULD GO A BIT TOO FAR FROM HERE. THAT’S WHY WE WANT TO TRANSPARENTLY DISCLOSE OUR PLANS FOR THE FUTURE NFTS. WE ARE GOING TO IMPLEMENT (NICKNAMES OF THE OWNERS ON SOME IN-GAME DESKS/WALLS/ETC (PLEASE REMEMBER IT’S A LARGE OPEN WORLD WE’RE TALKING ABOUT), GLOVES/TATTOOS, SKINS/BADGES FOR THE MULTIPLAYER MODE (RELEASING AS A FREE UPDATE AFTER THE STORY CAMPAIGN) AND COLLECTIBLE CARDS (DMARKET PLATFORM ONLY, NO INTEGRATION IN S.T.A.L.K.E.R. 2).

DMARKET WAS CHOSEN AS A PARTNER AS A VIDEOGAME-ONLY BLOCKCHAIN PLATFORM. THEY LOVE GAMES, AND THEY WERE EAGER TO WORK WITH US ON THIS KIND OF SOFT NET REALIZATION. DMARKET WORKS ON A PRIVATE BLOCKCHAIN SYSTEM WITH BRIDGES INTO OTHER NETWORKS (SUCH AS POLYGON AND SOLANA WITH PRIORITY TO PROVIDE LOW ENERGY CONSUMPTION AND MINIMIZE CO2-EMISSIONS AND OTHER NEGATIVE ENVIRONMENTAL IMPACTS.

IN THIS STATEMENT, WE ARE AS HONEST WITH YOU AS WE CAN. WE ARE NOT ASKING FOR SUPPORT, BUT AT LEAST WE HOPE YOU CAN HEAR US AND UNDERSTAND OUR REASONS.

THE TEXT TURNED OUT TO BE VERY BIG: THANK YOU FOR READING IT TILL THE END. PLEASE ACCEPT OUR APOLOGIES FOR YESTERDAY’S MISCOMMUNICATION AND ALL THE FEELINGS IT CAUSED. WE KNOW THAT YOU WISH ONLY THE BEST FOR OUR GAME, AND WE APPRECIATE IT.

Considering the long term volatility following the development of S.T.A.L.K.E.R. 2, many fans are at their wits end questioning how this decision was even considered, let alone publicly announced.

What a curious gaming world we live in.

How do you feel about NFTs in games? Are you a S.T.A.L.K.E.R. fan? Let us know more in the comments or on social media.