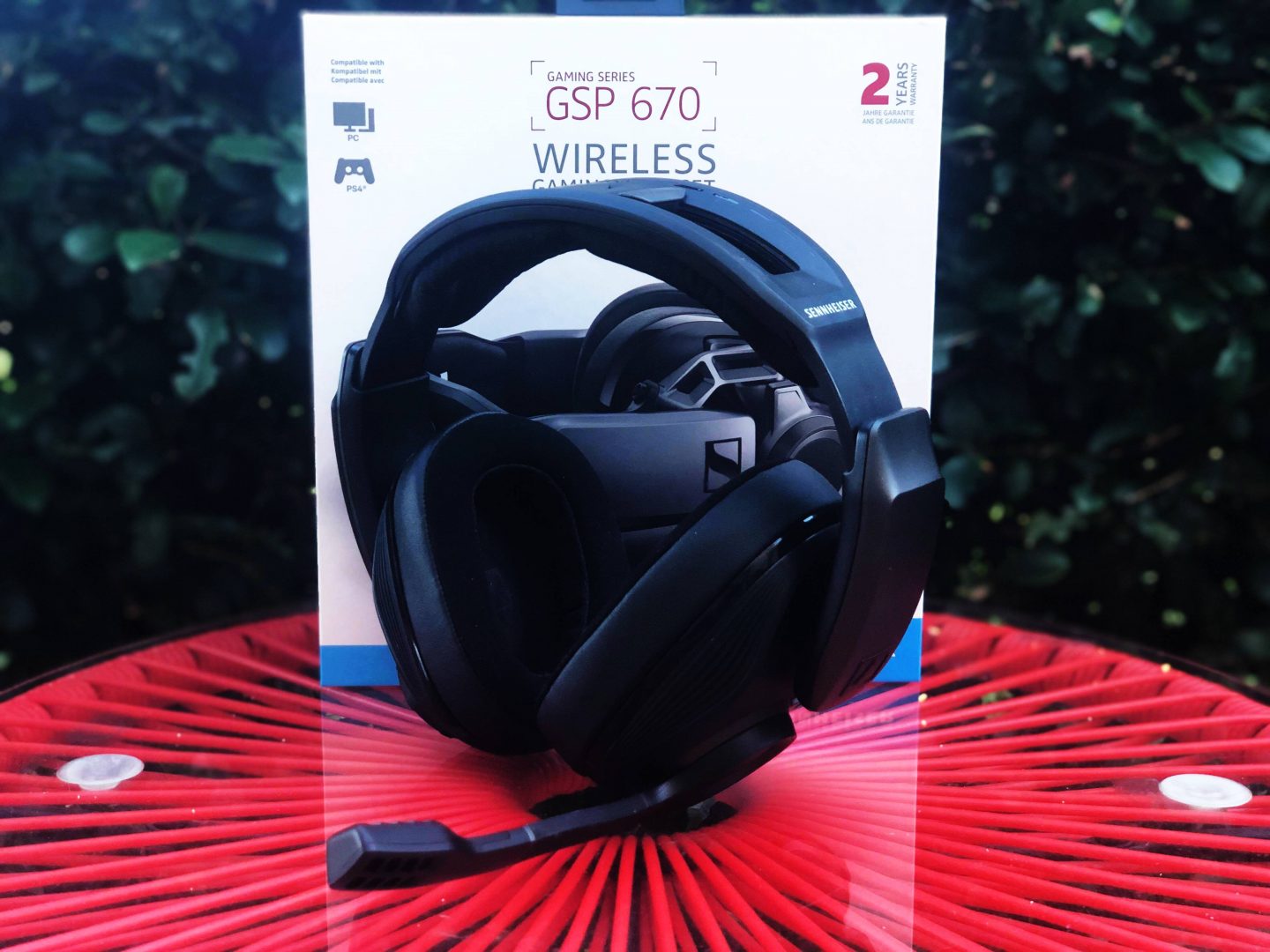 I’ve always struggled with the high-end of the gaming headset market. After spending a long time working with audio I just found a lot of what was on offer was either strong in one area and weak in the other, or equal in both but still not quite worth the price. This is where Sennheiser have been looking to make a difference, with every iteration of their gaming headsets inching close to that point where I could feel the price is justified. Could their new GSP 670 Wireless Gaming Headset be the one to change my mind?

We’ll go from the top. The Sennheiser GSP 670 Wireless Gaming Headset is the first of its kind for Sennhesier. Previously, they didn’t have any wireless gaming headsets available, but their wired offerings were definitely very solid. The GSP 670 boasts a battery life of 16-20 hours, has Bluetooth functionality as well as its own USB wireless receiver (GSA 70), a wireless range of 10 metres and a frequency response range of 10-23,000 Hz (meaning it can handle those bassy sounds that your games might throw at it as well as the high-pitched sounds that might also come its way). It also features a fast charge USB connector, allowing you to stay in the action as much as possible. Lastly, there’s a bi-directional broadcast quality microphone which can be muted and unmuted by pulling the mic up or down, respectively. You can secure all this for a casual $499.95, making it one of the most highly priced gaming headsets in the market (if not the highest priced), and if you ask me, it’s a bit much.

Let’s talk about the general level of comfort when using the GSP 670s. The headset chassis has a fair bit of cushioning, allowing for an admittedly snug fit. The adjustable headband is made of thick, solid plastic and features cloth cushioning as well as sliders to help regulate pressure on the user’s head (a nice feature since a lot of chunkier headsets can become uncomfortable due to pressure). The ear cups are edged with leatherette (faux leather) which help with noise insulation and the inside has suede-like material, an addition which can help with sweating too much at the contact points. To add to this, the ear cups are supposedly replaceable should they begin to break down after prolonged use (though I could never quite figure out how to detach the ear cups). For the most part, the GSP 670s are very comfortable and their snug fit allows for the headset to sit nicely on your head, not slipping and sliding when sudden movements occur (like whipping your head around to see what the fuck your cat just knocked over). My only real complaint about the GSP 670s comfort factor lies with the hinges for the earcups. While solid, the pressure that the hinges exert is downwards-facing, which means that on extended-periods of use, your jaw can feel a little worn. For people with a slimmer jawline, this may not be an issue, but it doesn’t take much width to create an issue.

In terms of audio quality, the Sennheiser GSP 670s are very good at what they do. The aforementioned frequency range of 10-23,000 Hz really comes in handy and the noise isolation make it a really compelling headset for competitive games (I’m looking at you, Rainbow Six: Siege). Being able to accurately hear an opponent’s footsteps and movements is really helpful. Don’t let this convince you that these are only good for gaming, however. As usual, I put the speakers through a myriad of musical tests, including the DOOM 2016 soundtrack – its window-shaking bass and piercing highs make it the perfect test for a headset. The GSP 670s are definitely one of the better sounding headsets I’ve used. They don’t stack up compared to my Sennheiser RS-175s, which I normally use, but they do offer a robust listening experience. The microphone is a different matter, though. While not exactly bad, the mic just isn’t that great. It has a frequency range of 10-7300 Hz but it lacks the clarity that a good mic needs. I initially noticed this when I changed from my normal AT2020 microphone to the GSP 670’s mic for our weekly WellPlayed DLC podcast. When doing my sound test I sounded remarkably different – as my friends describe it, I sounded like a 13-year-old kid who was about to brag about my activities with their respective mothers. If there was ever a mic that sounded like it was on a headset, this is it. It’s a bit of a shame really. I know it’s unfair to compare a headset mic to a proper condenser microphone, but you also want to have a standard to compare it for clarity. Even with that in mind, the other headsets I have reviewed have picked up my voice with a little more clarity than the GSP 670s.

With all that out of the way, what features does the GSP 670 Wireless Gaming Headset have? Out of all the gaming headsets I have reviewed, the GSP 670s are the ones with the most robust featureset. It can be used on the PS4 and PC, using Bluetooth or the included GSA 70 wireless dongle receiver. It operates with low latency (meaning there is minimal delay) with a range of 10 metres. The volume control and on/off switch are one and the same. You change your volume by twisting the wheel on the side, which increases or decreases game volume – lowering your volume to 0 will turn off the headset and vice versa. Truth be told, I just had a lot of fun twisting this thing, it’s strangely addictive. There is also a scroll wheel for regulating the chat volume going into the headset and there is a programmable button on the bottom of the right ear cup. The programmable button is where the PC functionality comes into play. You can download an application which allows you to change a whole bunch of things, changes which can be set to profiles that can be switched by using the aforementioned button.

All-in-all, the Sennheiser GSP 670 Wireless Gaming Headset is a very robust headset which offers some of the best speakers in a gaming headset around. With its reliable battery life, solid build, slew of features and great quality of life additions (like the soft material on the inside of the cup) it’s a very compelling offering in the high-end. However, the average microphone and potentially uncomfortable downwards pressure from the hinges mean that the asking price of $499.95 is a tough sell. If you’re someone that will predominantly use them for game audio, I’d recommend looking at something like the RS-175s or RS-185s which can be purchased for a similar price, depending on the store. 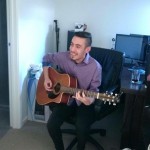