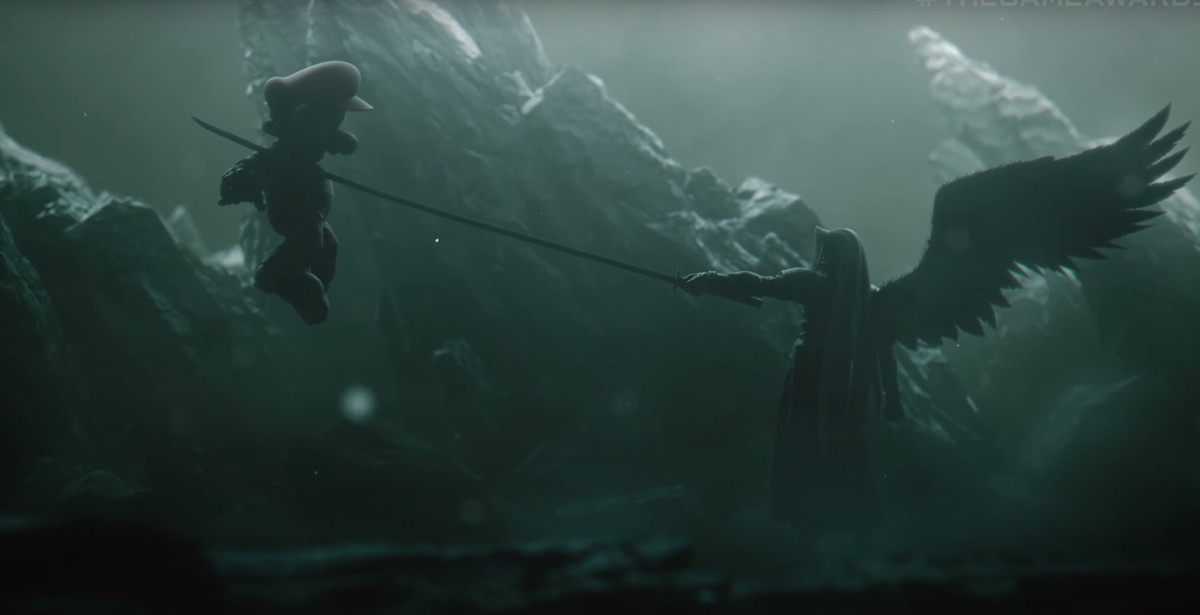 Yesterday Sakurai gave us a rundown on the next DLC fighter in Fighters Pass 2 for Super Smash Bros. Ultimate – the villain Sephiroth from Final Fantasy VII. First things first, Sephiroth seems pretty OP and awesome – his attacks are extra punishing thanks to great reach and although he does have some weaknesses, I think he will be a popular character, despite being another swordsman. Furthermore, there are nine new tracks being added to the game’s soundtrack, taking the total to 11 for the Final Fantasy series.

As is the norm, Sephiroth will be releasing alongside some new Mii fighter costumes. This time we are getting a Chocobo hat, costumes of Barret, Tifa and Aerith from Final Fantasy VII and the Gino costume from Smash Bros. 4 is returning.

Sephiroth and the new costumes will be releasing on December 22. However, you can potentially unlock him and his stage now if you have the second fighters pass and if you complete the Sephiroth Challenge (at the top of the main menu from now till the 22nd), but we warned it is apparently very difficult!

Check out Sakurai’s presentation below:

Fighters Pass 2 is available now from the Nintendo eStore, exclusively on Nintendo Switch.