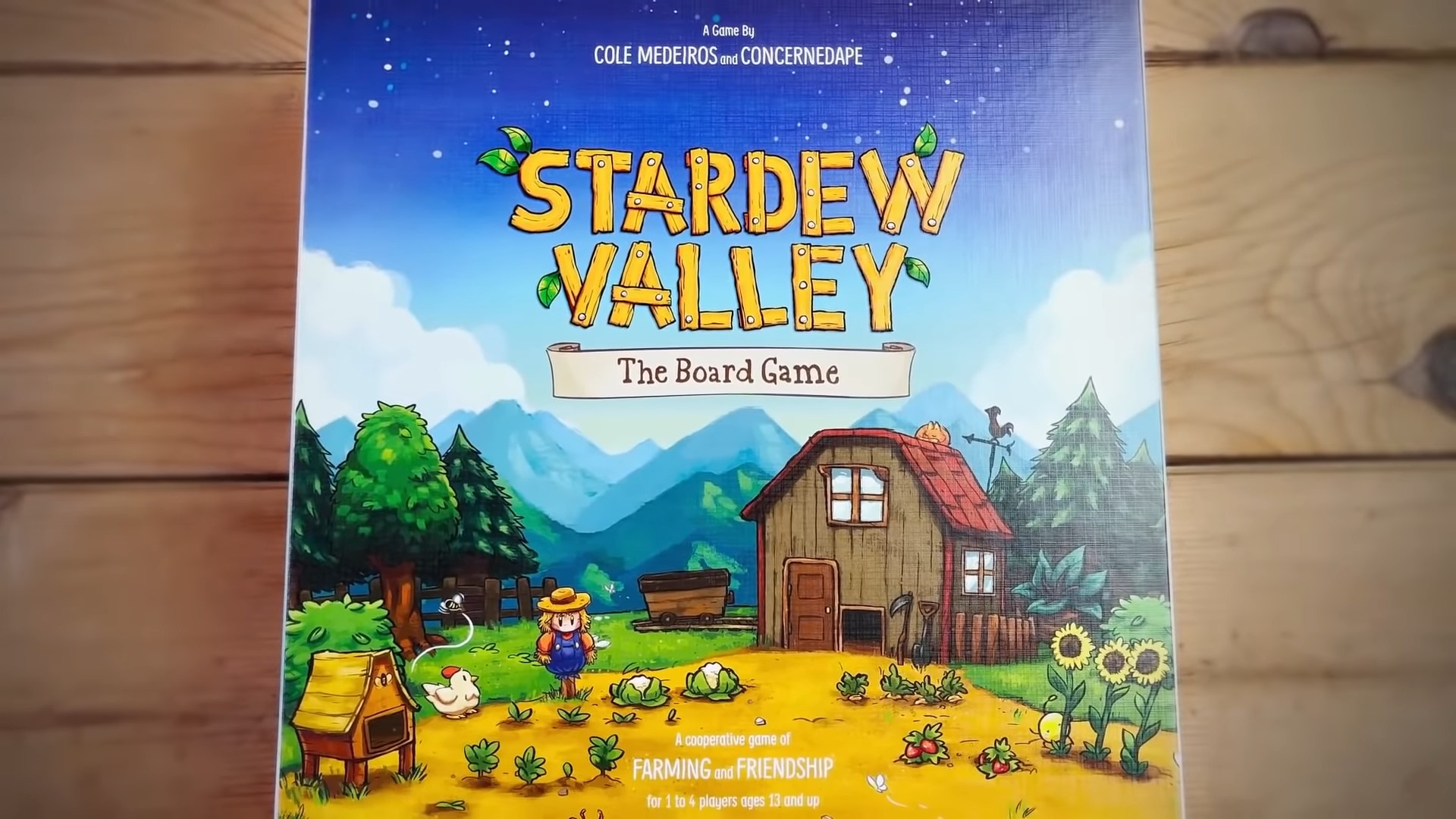 Stardew Valley is a beloved name around these parts at WellPlayed and has become something of a heartwarming indie darling since it launched in 2016. A farming and life simulator that pines for the nostalgia of the classic Harvest Moon games, players are set up with a farm left behind by grandpa in the titular valley. The wide appeal of a far-flung farming fantasy devoid of the horrors of climate change and politics means that this title has also worked as a kind of relaxing balm for tired gamers of all walks – the videogame equivalent of an anti-depressant. It is a shock then to realise that this hotly anticipated tabletop adaptation from original developer ConcernedApe is instead a gruelling slot machine of a game that takes no prisoners and revels in your failures.

In a standard game of Stardew Valley: The Board Game, you and up to three other players will be tasked with fulfilling ten objectives over the course of 16 rounds. Starting in Spring, seasons roll by every four rounds until Winter ends and the game concludes. Drawn from a random assortment, players must fulfil all four of grandpa’s dying wishes for his farm, as well as fulfilling six hidden objectives to restore the town’s community centre. If the year ends and any objectives remain outstanding, you unlock a feature new to Stardew Valley – abject fucking failure. Make no mistake, you big loser, this game hates you and your every advantage will be fleeting.

This world is wonderfully depicted and immediately recognisable

Play proceeds cooperatively, with players having two actions per turn. Each player will forecast and coordinate where they are headed around town, with the singular purpose of ticking off these ten fetch quests. These typically involve finding a specific good that will be discovered through die rolls or random card drawing in that resource’s given location. For the next three to five hours (depending on player count), your group will knuckle down to negotiate efficient distributions of tasks about the town such as rolling dice to fish, farm, mine and open geodes.

Rolling dice with friends is typically a good time in other games, but these dice are printed with icons in an uneven manner that punishes more than rewards, with things like blank sides or simply weighted towards a particular shitty outcome. Worse are the goals that require dice rolls to match the symbols of randomly drawn cards or tiles, such as with fishing. A player may select the fishing profession at the beginning of the game which eventually allows the reroll of a die when fishing. A welcome reprieve, but if the goal-specific fish hasn’t been drawn randomly from a bag and placed in a given river over the course of the game, then that objective is effectively halted. This can continue for most, if not all, of the game. Victory will persistently be just out of reach due to stacked instances of chance that don’t align favourably.

The game does grant items, equipment upgrades, and events that can lessen the overwhelming pressure of these fruitless dice. There are stacks of these aforementioned boons, which occasionally offer valuable dice rerolls or objective shortcuts. However, the odds of drawing these potential benefits are infrequent. Players will often draw a card that has no practical application or relates to an objective or player profession that is not in play.

An extremely ‘lucky’ player may marry a resident, granting a valuable extra action

Having more cards than is reasonable for a ‘cooperative game of farming and friendship’, as the tagline goes, makes for a package that bursts at the seams. There are simply no assurances that you will be lucky enough to draw a card that eases the similarly luck-driven goals required for victory.

A particularly bad game I hosted saw the players gain no results when rolling die to collect from animals on the farm over the course of 16 rounds. The same game saw an instance where crows wiped all crops from the board, an enormous setback that wasted precious rounds with no possible recourse unless we had the exceedingly rare scarecrow card (which has only appeared once in my sessions). Situations like this can happen early enough in a game that experienced players will calculate a mountain of misfortune ahead. It was dishearteningly common across all my games that we would reach round eight (halfway), to have not even discovered what half of the goals were, let alone complete them!

The cardboard components do an admirably authentic job of depicting the art, assets and iconography from the game. However, particularly in the case of larger tiles used to depict livestock, they look like they would wilt unrecognisably at the first sight of spilt water. Punching these tiles out of their cardboard frames was mortifying, with every few punched tiles losing part of their thin, illustrated top layer. It is the flimsiest printing with the least robust cardboard I’ve ever encountered in a board game. The components look like they’re already well-loved from simply punching the tiles from their cardboard sheets.

The international copy of Stardew Valley: The Board Game to have arrived in Australia this year is a step up from the first print, with decent plastic inserts included which help manage the excessive sets of cards and tiles. Ironically, this second printing also comes with a single page printout that has to reiterate that this is a cutthroat game of cooperative efficiency, and those players that dawdle by choosing to farm or fuck around will inevitably lose the game for the team. In short, Stardew Valley players that approach this adaptation like the original game and not like, say, Pandemic or a similar cooperative efficiency game will be actively reprimanded by an anxiety-inducing to-do list that demands monk-like patience for endlessly terrible odds.

Stardew Valley is a balm for a weary mind. A sandbox of potential that invites players to build a life and find love at their own pace. Its board game, however, is an exercise in risk management and efficiency where a single round wasted on unfortunate dice rolls can have players staring down hours of torment and likely loss. Nearly every element of the acclaimed game is present, from farm animals through to villagers, monsters to collectibles, and yet all are in service to exclusively luck-driven systems. Victory and achievements are few and far, worsened by little satisfaction to be found in the journey despite the sweet and colourful presentation. 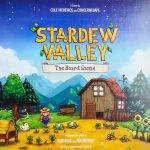