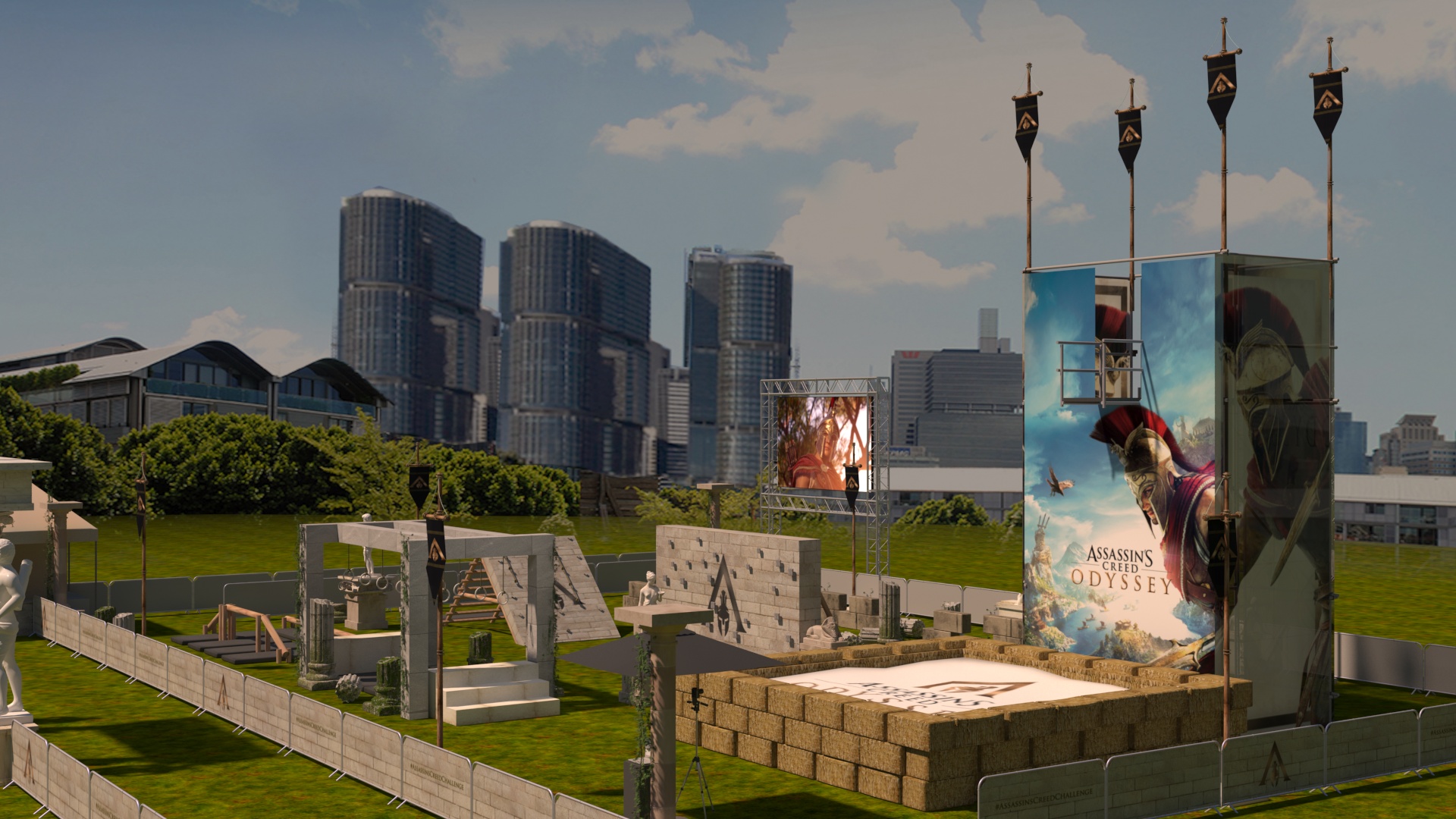 The Assassin Creed’s Challenge will feature a sizeable parkour course for attendees to tackle, with the course offering six different challenges that require Assassin-like techniques that you’ve used countless times throughout the Assassin’s Creed games. The course, which is inspired by the Ancient Greek setting present in the upcoming Assassin’s Creed Odyssey will see participants running, climbing and swinging through various challenging obstacles. The final obstacle of the course requires you to perform the series most recognised move, the “Leap of Faith”, off a seven-metre platform, which sounds equal parts awesome and terrifying. 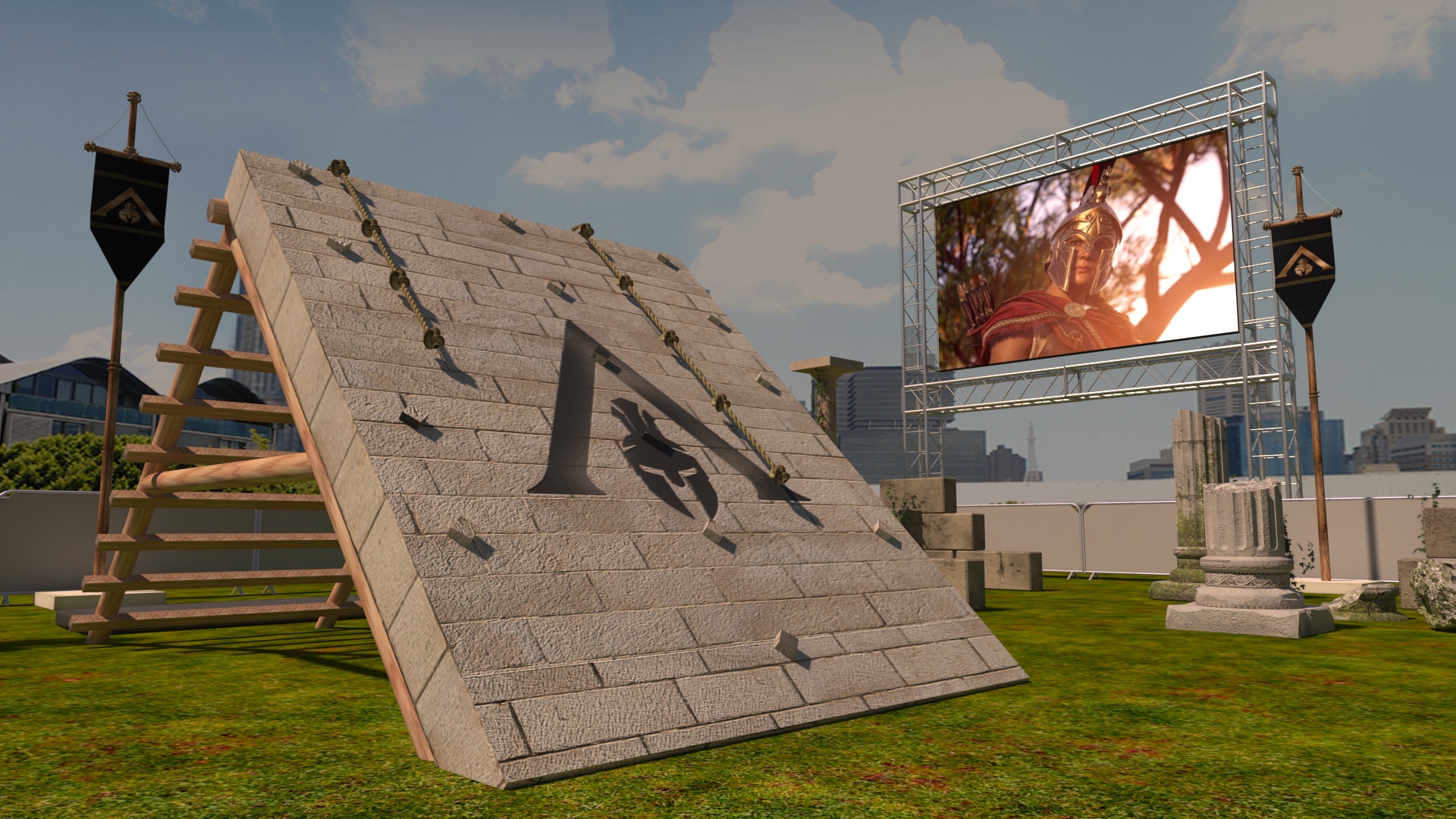 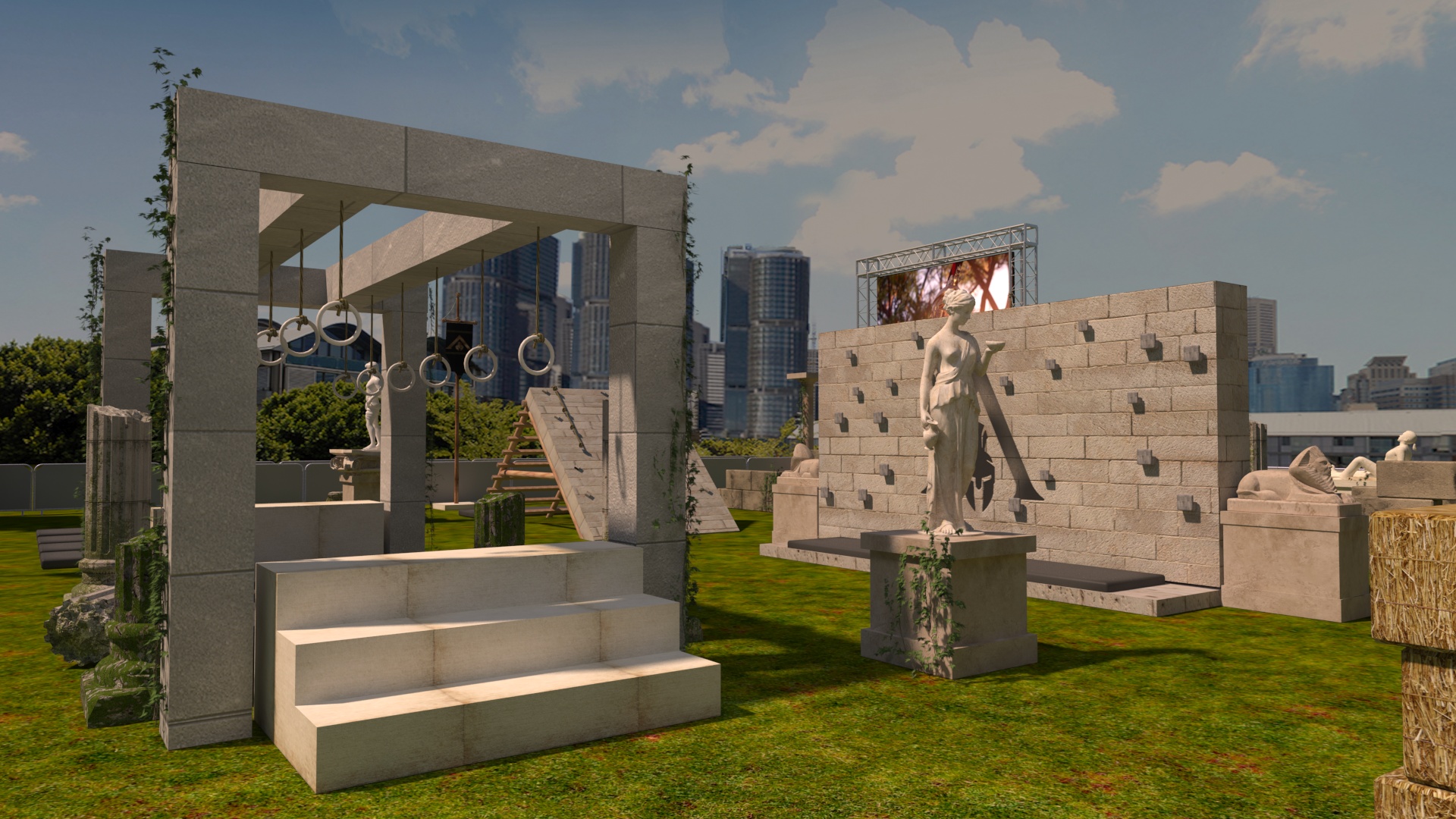 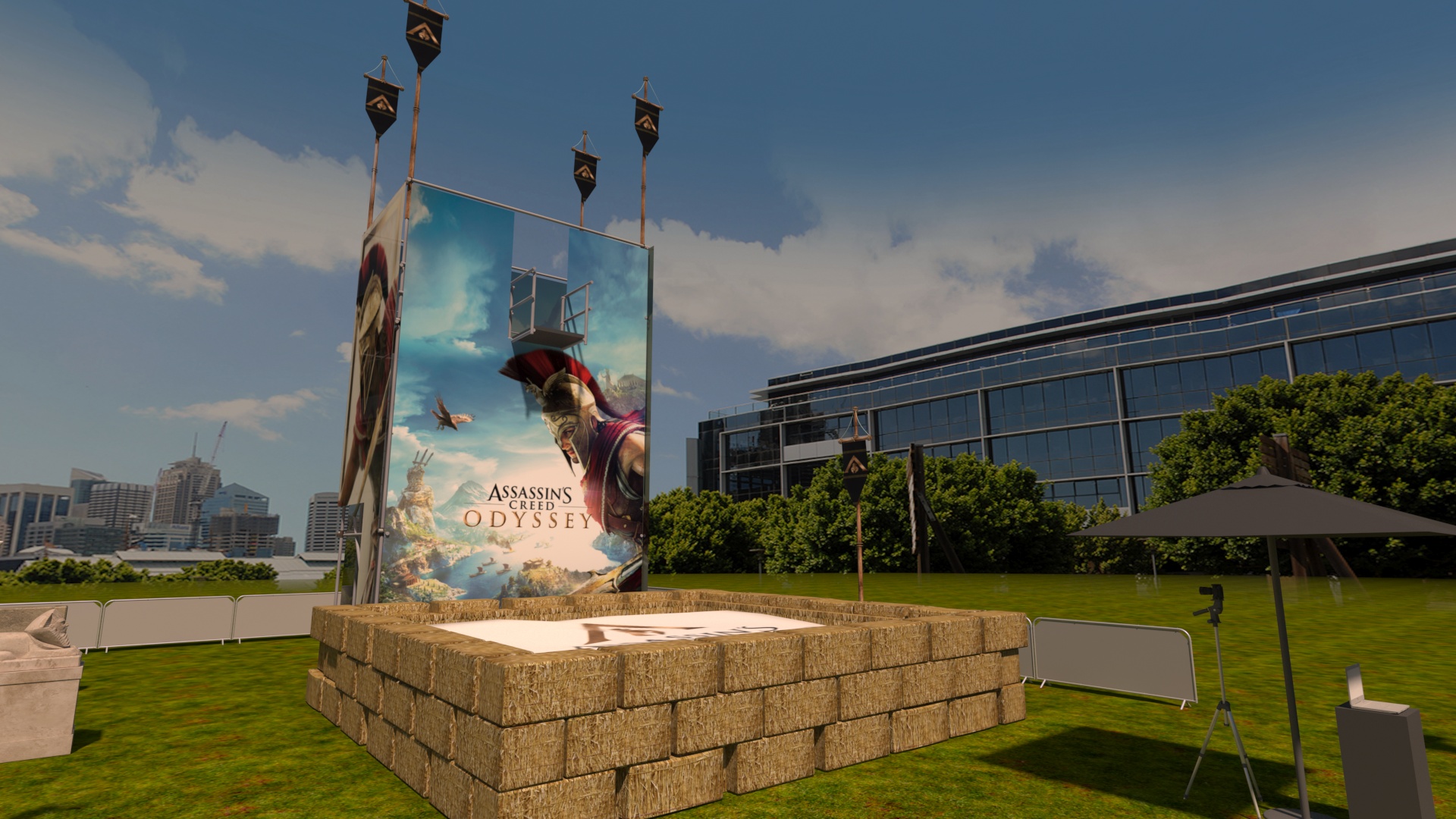 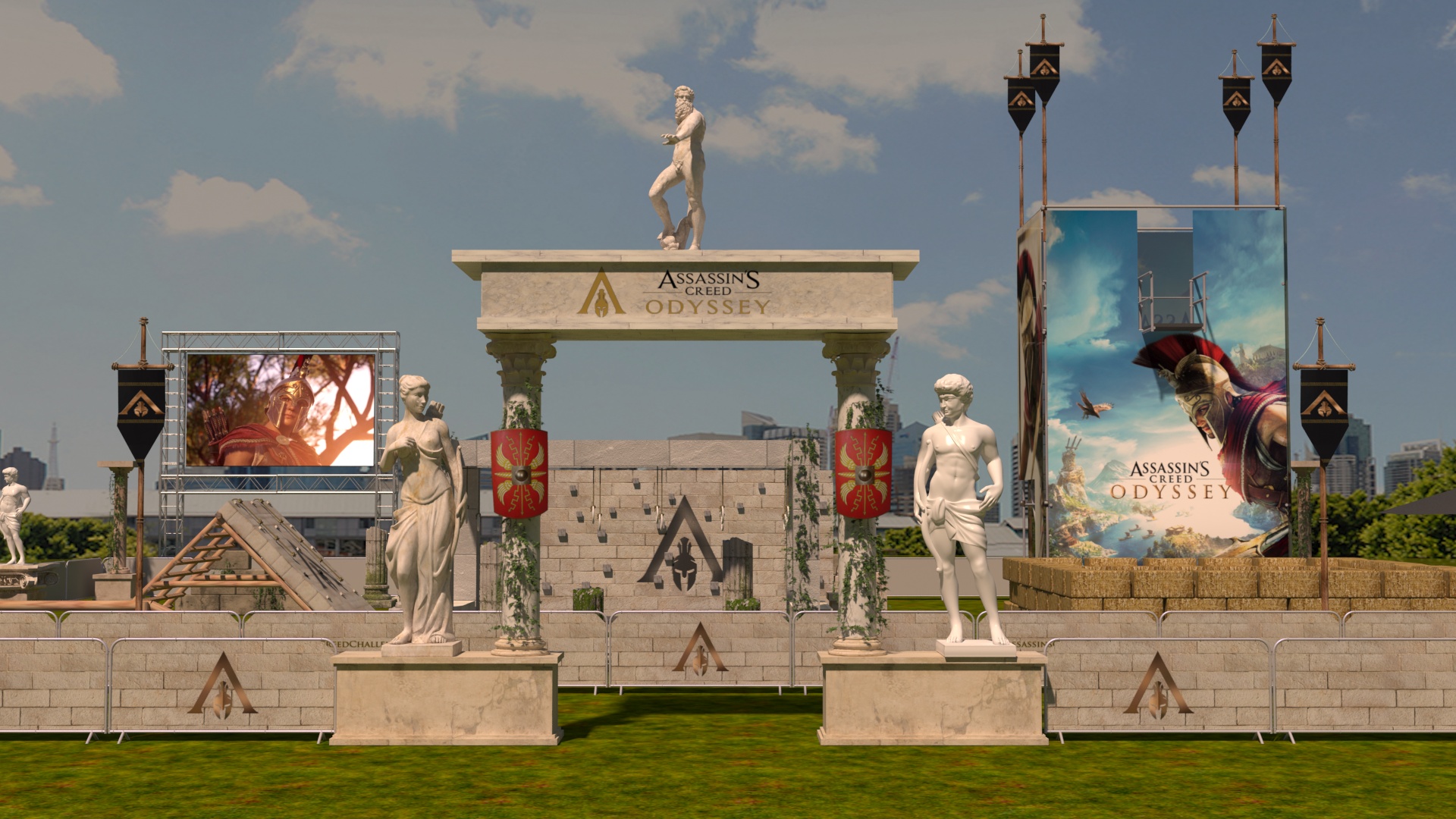 If you can muster the strength to clear all obstacles, you will be presented with a limited edition Assassin’s Creed Odyssey Spartan Helmet, which is a pretty awesome reward.

As to be expected, Assassin’s Creed Odyssey will also be playable at the event, with a dedicated gaming area to feature 16 Microsoft Xbox One X consoles, meaning you can still play the game without encountering the parkour course, if you wanted to do so.

Those at the Assassin’s Creed Challenge also have the chance to win one of three Assassin’s Creed Odyssey Xbox One X Consoles, with each being a reward for the following categories: Best Photo, Best Video, and Best Cosplay.

The register for the Assassin’s Creed Challenge, head to the following link: https://www.eventbrite.com.au/e/ubisoft-presents-the-assassins-creed-challenge-sydney-tickets-50338710438.