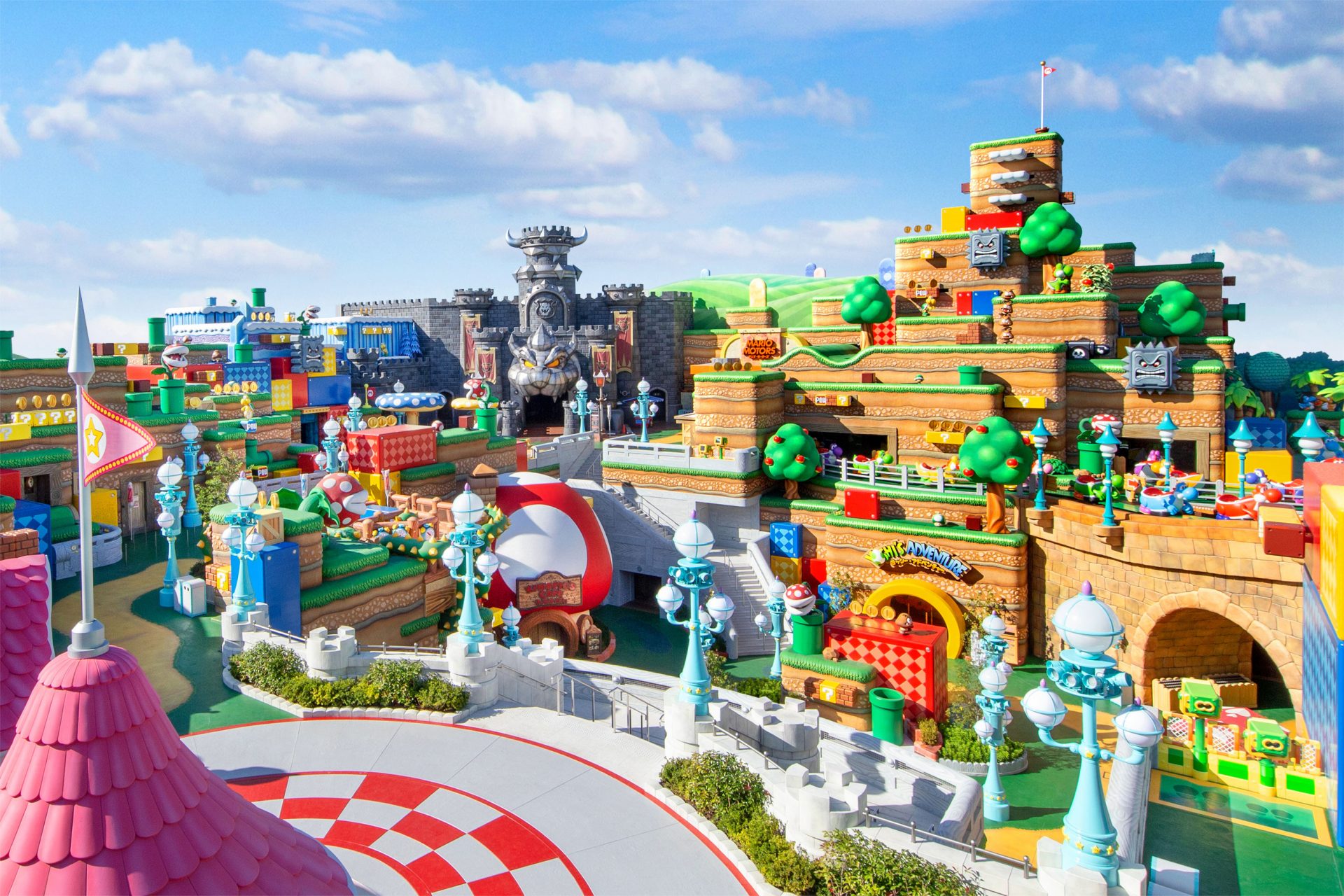 Nintendo has given us the first tour of their newly completed theme park at Universal Studio’s Japan – SUPER NINTENDO WORLD. The video tour is given by none other than the father of Mario himself, Shigeru Miyamoto. We get to see the front entrance which shows us the inside of a warp pipe for the first time through to a familiar scene from Super Mario 64, the foyer of Peach’s castle. While there are lots of familiar characters to see in the park there are also interactive elements. Firstly there is an item called the Power-Up Band which you wear on your wrist and use it to find hidden coins and other things around the park by interacting with items such as coin blocks. They come in six different styles (Mario, Luigi, Peach, Daisy, Toad and my favourite Yoshi). They apparently act like Amiibo so you can continue to use them when you return home. We are shown other larger interactive mini-games which can give you keys, and if you get three you can undertake a final battle with Bowser Jr. All of the things you collect are recorded in a companion phone app you use while in the park.

The detail, animatronics and use of scale means you can experience all sorts of different aspects from Mario, including life-sized objects and monsters to feeling like mini Mario. We also got a chance to look at the awesome gift shop including some of the exclusive items. There are also unique food items such as peach and mushroom flavoured popcorn you can get in cute food containers plus there is a cafe run by Toads. We got a sneak peek inside Bowers Castle where the Mario Kart ride can be found which apparently includes AR headgear and took six years to develop. The park will be holding its grand opening on February 4, 2021.

Check out the tour yourself below:

Does this make you wish COVID would bugger off so you can go experience it for yourself? I know I want to go!