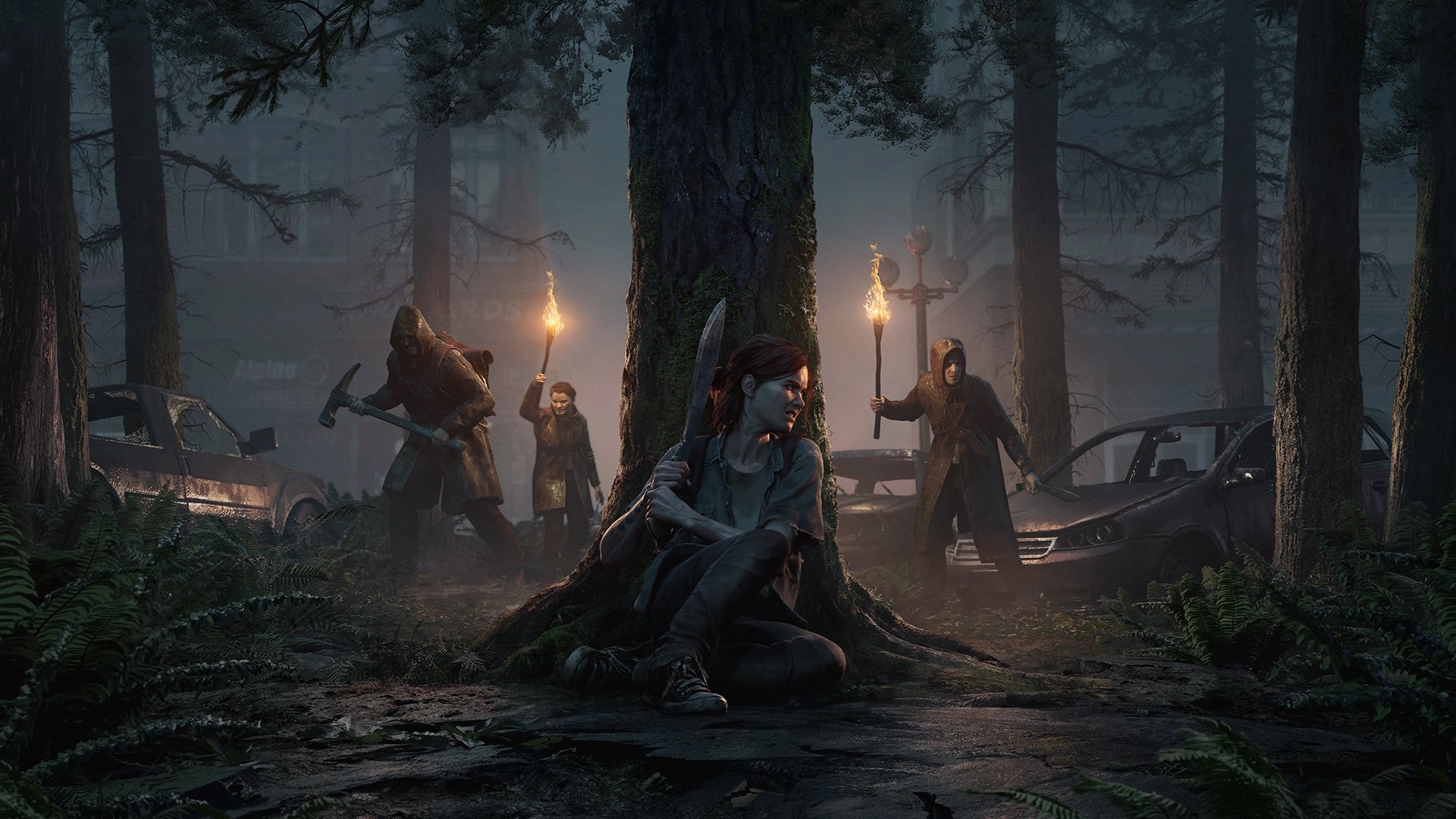 It would be easy to think this headline is part of some elaborate April Fool’s Day prank given America is on a different timeline and April’s Fool’s Day jokes normally tick over into the second day of the month as a result. Alas, while I wish it was a nothing more than a light-hearted hoax, it is in fact true. The Last of Us Part II has been delayed indefinitely.

PlayStation announced the delay of both The Last of Us Part II and Iron Man VR via Twitter, with the company citing the ongoing COVID-19 pandemic as the reason for the delay, stating that the outbreak prevents them from delivering the launch experience players deserve.

Update: SIE has made the difficult decision to delay the launch of The Last of Us Part II and Marvel's Iron Man VR until further notice. Logistically, the global crisis is preventing us from providing the launch experience our players deserve.

PlayStation then followed up with another tweet that stated that currently no other titles are impacted at this point. However, with Ghost of Tsushima set to drop on June 26, it might not be long until PlayStation delays this also.

Naughty Dog, The Last of Us Part II’s developer, put out of a statement regarding the delay, saying that they were “bummed” about the decision it is the right call. 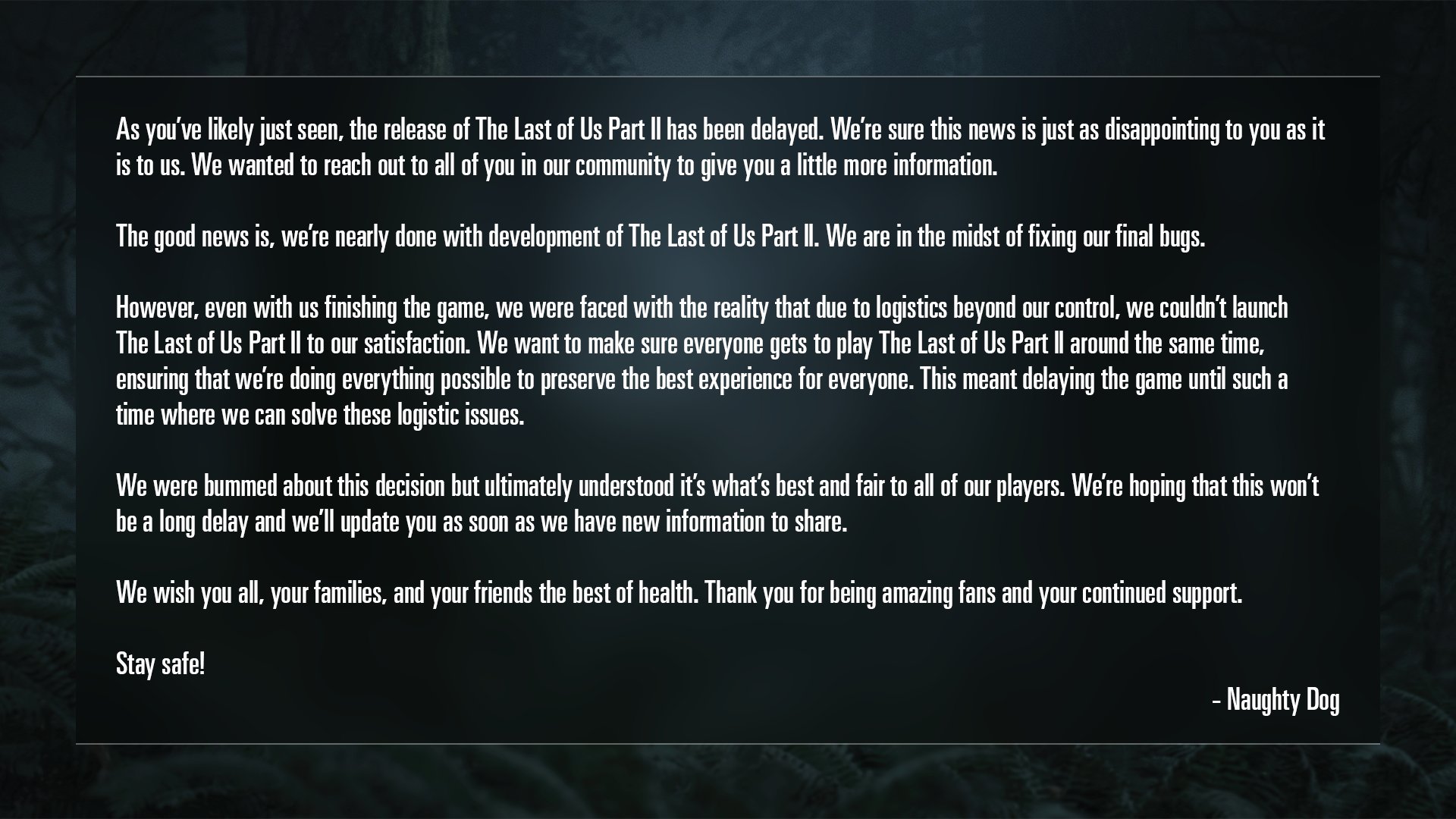 While we’re disappointed that we won’t be able to experience Joel and Ellie’s journey on May 29, there are certainly way more important things going on in the world right now.

In this article:delayed, naughty dog, PlayStation, Sony, the last of us part II