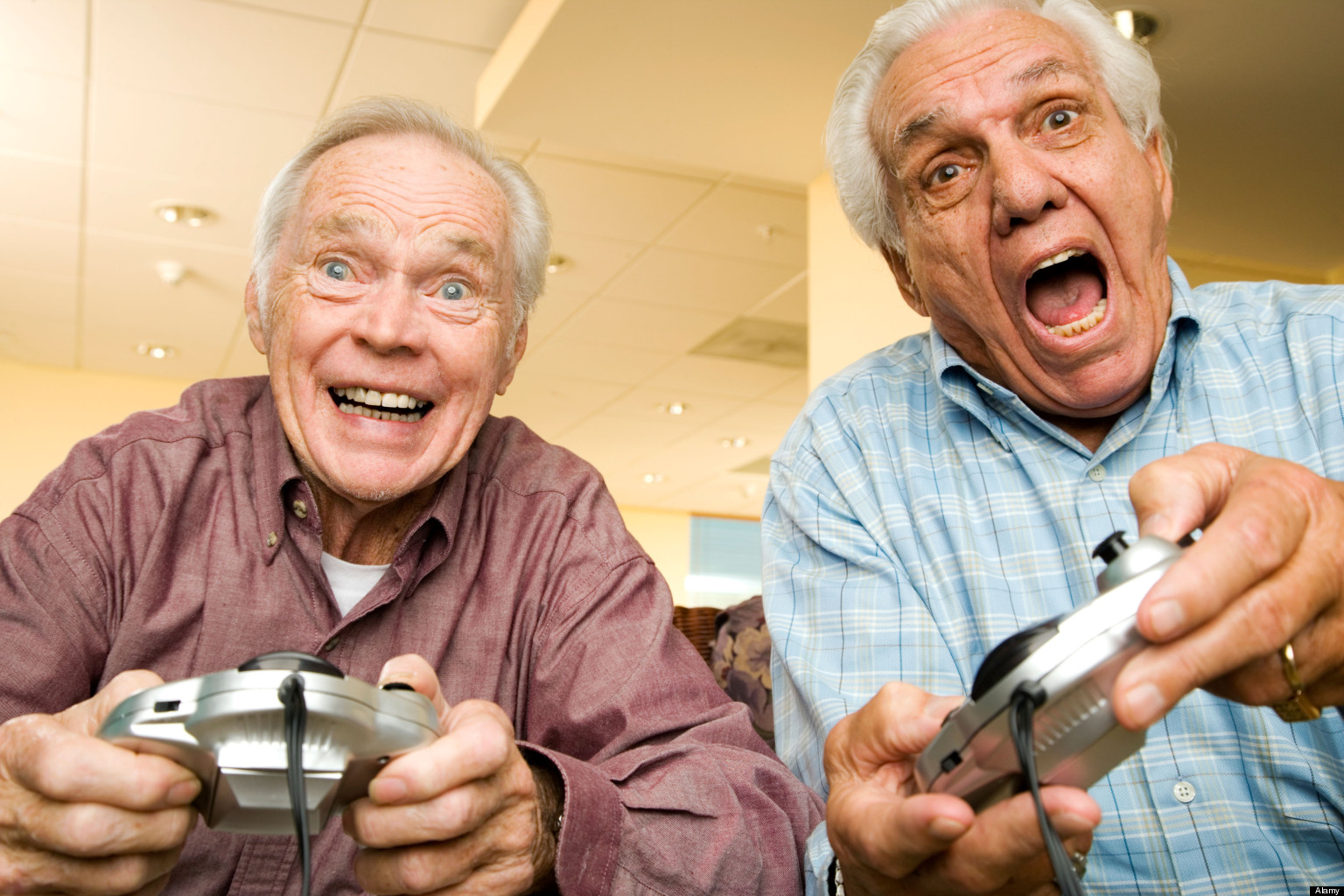 Gaming as an entertainment medium is diverse to say the least. Genres span from action/adventure titles filled with explosions and gunshots, right through to zen inducing puzzle games that are as calming as the knowledge that your freezer is stocked with Zooper Doopers on a hot day. The way in which games are played is just as diverse – from home consoles, to PCs, to mobile phones and tablets, games in the 21st century are incredibly accessible to those who wish to play them.

So we have established that games are both varied and accessible, but to whom? For the longest time gaming was seen as a past time for children, but with the evolution of the industry and those kids growing up and continuing to play video games, this perception has largely been left in the past. But what about the more seasoned among us? Are the folks with grey on top playing games? Apparently the answer is a resounding yes.

According to a survey conducted by the AARP, the number of people over the age of 50 that play games regularly is on the rise. The survey asked 3,737 adults over 50 about their individual gaming habits, in which 44% responded by saying that they own a device (console, PC or mobile) and also play video games at least once a month. This number is up from 38% from 2016. Those who do play video games average around 5 hours per week, with a huge 47% saying that they play daily (up from 40% in 2016).

As far as gender is concerned, women wear the crown for the over 50 market, with 49% surveyed identifying as gamers (again, this means playing games at least once a month), with men trailing at 40%. Similarly, 53% of women surveyed play daily, while 39% of men do the same.

What about those who aren’t jumping on the band wagon? Well the non-gamers were asked why they don’t partake and the vast majority of 57% claimed to that they were ‘not a video game person’. The best info to come from this portion of the survey is that only 9% said that they avoid games due to them ‘being for younger people’, down from 22% in 2016.

It’s clear that the over 50 market is big business, as the AARP estimate that they spent a total of $3.5 billion USD on gaming related purchase in 2019 alone. And what are they spending their money on? Mostly puzzle and logic games by the looks of it, with 49% saying that is they play puzzle and logic games, closely followed by card and tile games (non-gambling) at 47%. Sadly action games only account for 5% so there is still room for improvement.

Another interesting slice of information is that 57% of those who play games do so to relieve stress, 67% to stay mentally sharp and 76% to have fun (multiple answers were accepted). It’s good to see that games are being used for a variety of different ways, but it is especially good to see that fun is at the top of the pile.

There are plenty of other interesting tid-bits in the findings from this survey and I encourage you to give the full article a look over if you are interested (link above). I play Call of Duty with my step-dad on a fairly regular basis and although I kick his arse 99% of the time, he still has a blast and it is good to see that there is more of that happening around the world.

Are you a gamer over 50? Do you play games with older relatives? Let us know.

In this article:AARP, Games are fun, Over 50, percentages, Survey, Survey says