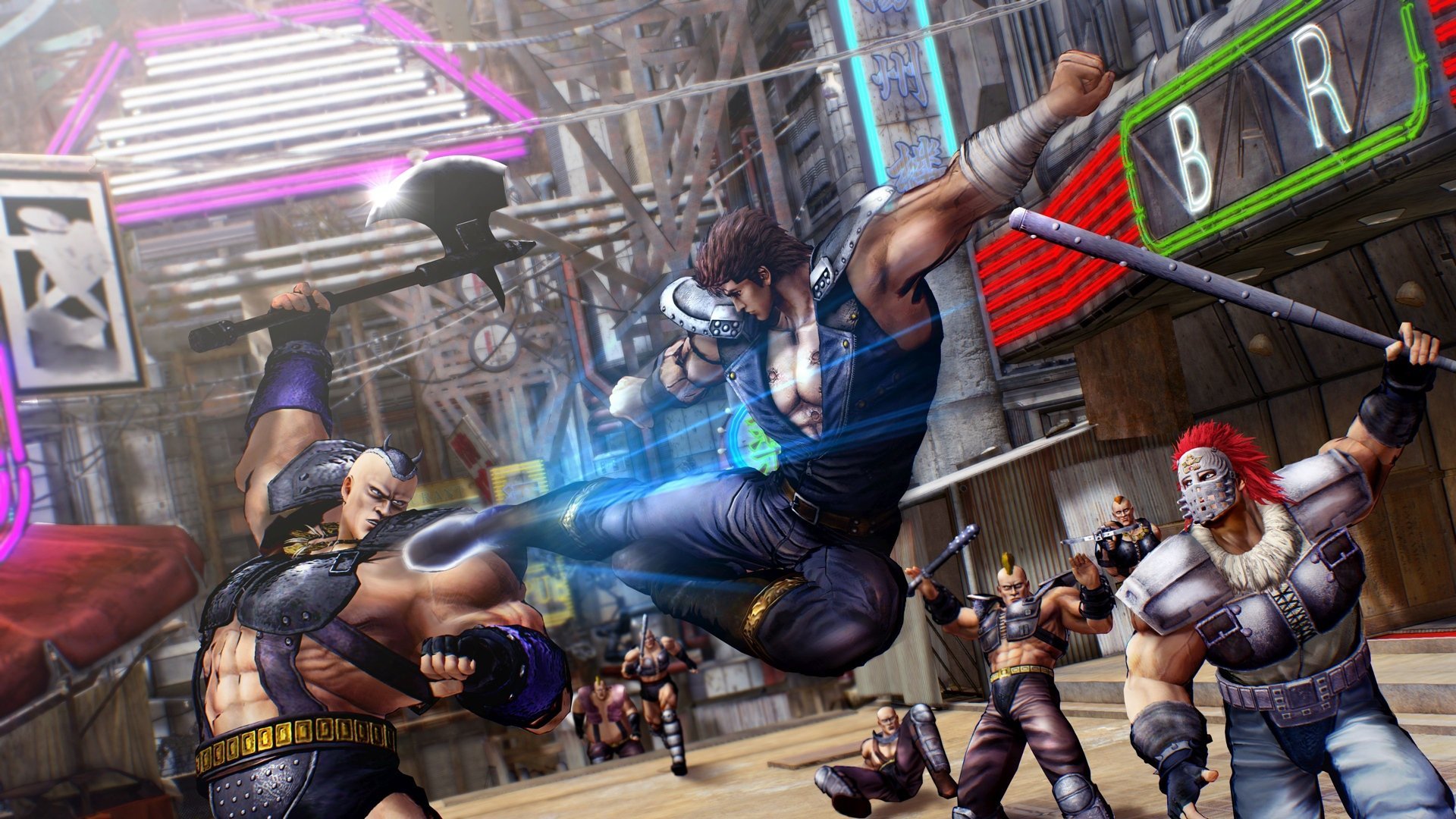 SEGA and Ryu Ga Gotoku Studios are on a bit of a bloody roll, lately. With the Yakuza series getting stronger and stronger in the west off the backs of Yakuza 6: The Song of Life and Yakuza Kiwami 2, there’s a definite sense that the publisher and developer are keen to keep taking punts on a broader audience.

Enter Fist of the North Star: Lost Paradise, a hyper violent beat-em-up set in the Fist of the North Star manga/anime universe. It’s a game that doesn’t so much straddle the line between rigid convention and chaotic discord as it grabs the line and smashes it into the ground with so much force that the line’s head explodes in a pile of blood and goop. I can imagine that, were it not for the recent success of Yakuza, this game may not have been afforded the localization treatment, or at least not rolled out on the scale that it is now. It probably helps, too, that so much of the developer’s DNA is in this game from style, to mechanics, even down to protagonist Kenshiro sharing a voice actor with Kiryu from the Yakuza games.

If any of this sounds like it might be up your alley, I have good news! As of today there is a demo available on the PSN store to download and check out the game ahead of release. You can grab the demo by logging onto your PS4 console and navigating to the ”Demos” section, or follow this link to the browser-based store and queue up the download from there.

Fist of the North Star: Lost Paradise launches October 2nd, 2018 for the PlayStation 4. Check out the action-packed E3 2018 trailer below: