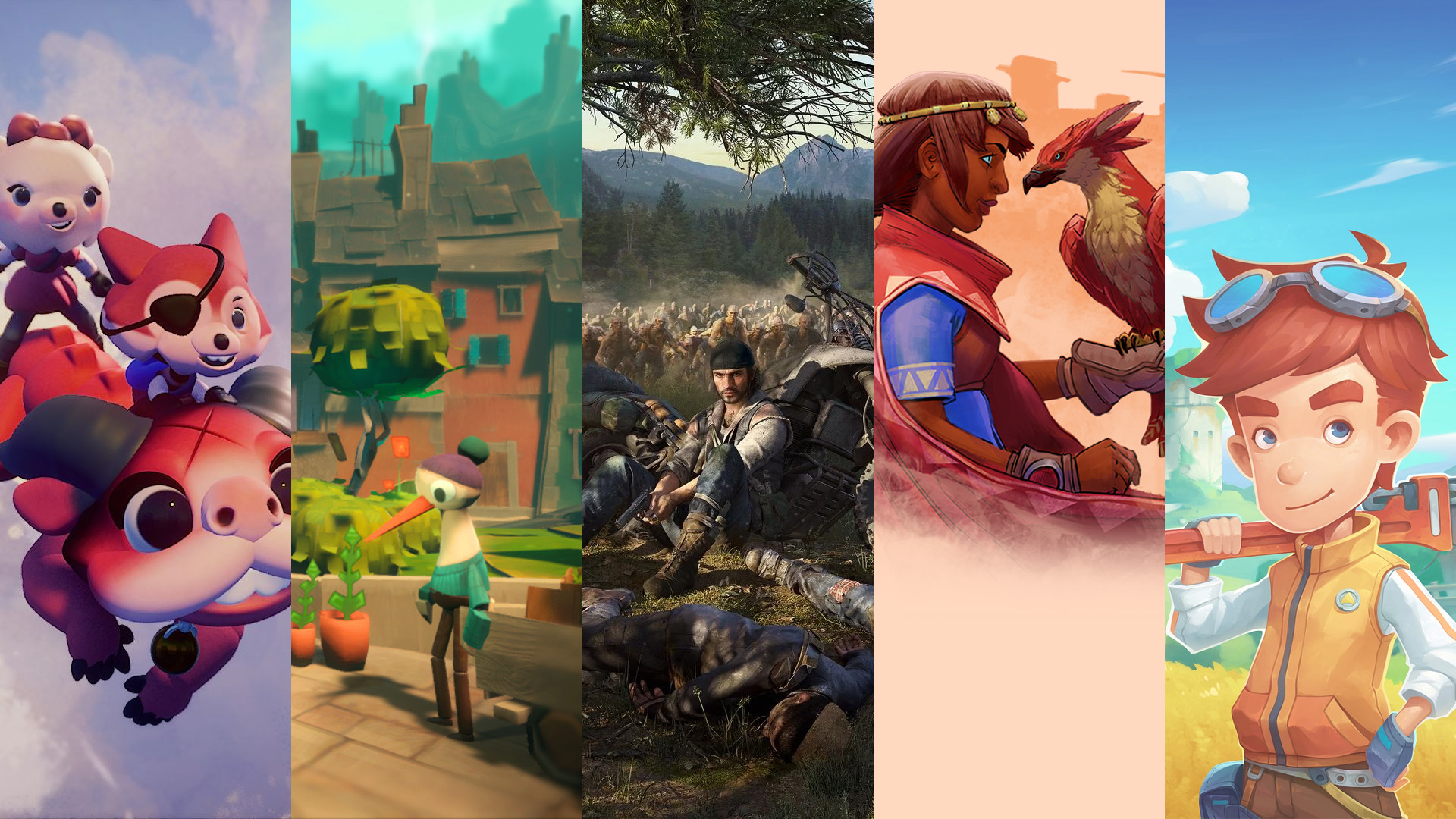 The start of Q2 starts not with a bang, but with a bit of a whimper. There are remasters and ports aplenty and a few niche titles to keep the punters happy, but it’s not until the end of the month that we’ll have the pleasure of doing the splits and punching people in the nuts, which is just too damn long really. I still remember the blood code for Mortal Kombat 2 on the Mega Drive, but if the trailers for MK11 are anything to go by then I won’t need good old ABACABB this time around, just a pair of earplugs to drown out possibly some of the worst rap ever created. Days Gone will also finally release and hopefully show us where all the time went during its semi-tumultuous development. At any rate, ready the time-based puns.

April really has some big jorts to fill after a bumper first quarter of 2019, but I’m actually quite pleased to see that big AAA releases (or at least ones that I’m interested in) have died down a little. That means I’ll get the chance to put good time into some of the amazing-looking indies (and one big early access title) this month. April 16th, in particular, is a doozy, bringing multiple releases that I’m super hyped for, including Ghost Giant, the next big release from one of my favourite indie studios, Zoink! Ghost Giant also happens to be their first foray into PSVR territory so I’m turned on in more dimensions than usual this time around.

There are a heap of other games that I can call out for April like Dangerous Driving, My Time At Portia and Falcon Age, but the only other one I really need to talk about is Dreams. Yep, the big one. It’s finally being released in some kind of purchasable form on that magical April 16th date as an ‘early access’ project. Normally those two words together send shivers down my spine but this time the shivers are localised entirely to my front-spine if you catch m’drift. My. Body. Is. Fucking. Ready.

April is looking like a jam-packed month for PSVR. Firstly, in Falcon Age players team up with their own pet falcon as they hunt, battle, solve puzzles, craft, traverse and bond in what looks like a beautifully realised world. Ghost Giant has players in a role of a celestial guardian, where you interact with villagers of this adorable and fantastical town. At first glance, the game’s artistic vision looks full of soul and I am definitely interesting to dive in.

The big game of this month is undoubtedly Days Gone. I won’t lie, when I saw some of the earlier footage it was hard to get excited, but the last few trailers and gameplay previews have certainly piqued my interest. The last two games I’m excited for pack a good punch of nostalgia and platforming with Shovel Knight: King of Cards and Cuphead for Nintendo Switch.

After a long time waiting I finally get to wear the leather jacket and jorts combo I have been saving for Days Gone. After all the delays it’s finally releasing this month. It’s a game that as time has gone by has slowly worked its way into my most anticipated catalogue (make of that what you will). Although a lot of people are sceptical, I’ll be all over it, backwards cap and all. Although it’s competing with Days Gone, I am interested to see how World War Z turns out. I mean, it can’t be more disappointing than the film can it? Lastly, I am curious to see how Dreams goes once it hits Early Access this month. I can’t wait to play community-created games full of dicks and arseless jorts. That’s the Dream(s).

P.S.I’d say Trüberbrook on PS4 but I’ve already finished it on PS4. Suckers.
P.P.S. If you’re a fan of old-school point and click games definitely check it out.

After not playing a great deal in March due to the everlasting grind that is University life, April is shaping up as a games-packed month. Kicking off the month is My Time at Portia, a life sim game that scratches the Stardew Valley itch. I played the game back in its early access state at the start of last year, and I’m keen to see the vast changes they’ve made since then. Next up is the Final Fantasy X/X-2 port on the Nintendo Switch, as I continue playing through Final Fantasy games for the very first time. I’ve heard good things from Final Fantasy X (not X-2 though), and after playing the quality gems that are Final Fantasy IX and Final Fantasy VII, my hopes are high. Next up is Cuphead, another game that is being ported over to the Switch. I dabbled in this game hard when it first released on Xbox One and PC, and I’m willing to double dip so that I can play this masterpiece of a game again. BoxBoy! is a series I haven’t ever played before, but Box Boy! + Box Girl! is going to be where I first delve in. A simple puzzle platformer is the perfect palette cleanser to accommodate a month that is otherwise full of lengthy RPGs. Speaking of RPGs, Final Fantasy XII will be the game I will round my month out with, if I can get through Final Fantasy X/X-2 unscathed. April is looking busy to say the least.

In this article:Fu-sion-ha, My Time At Porsche 911, that's a whole lot of Final Fantasy, tight in the jorts april 2019