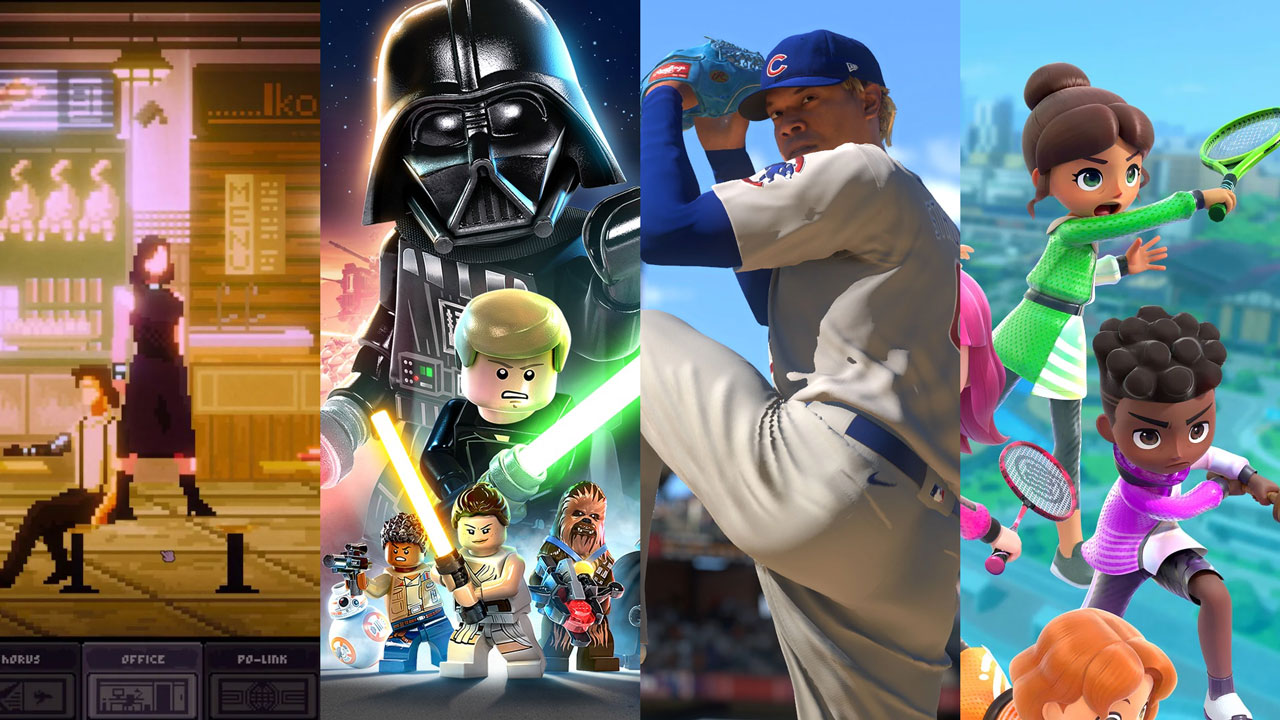 It may seem like all you need to do is play Elden Ring for the rest of your life, but believe it or not there are actually other games that exist. Not that April is trying to convince you of that, because she’s a bit of a barren wasteland in terms of big game releases. Still, like the barren wastelands of Arrakis, there’s spice in them there hills, and WellPlayed’s team know exactly where to find it. Much like the Shai Hulud, our team must feed on new releases, and are never sated…

Despite the fact we have to fare with the delay of the Advance Wars remake, this April still promises a window to a simpler, more innocent time. A time of beanbags and generic controllers with a dodgy button or stick. A time of listening to your parents fighting before fucking. A time of avoiding school bullies and eye contact with cute classmates. LEGO Star Wars was a meaty adolescent escape that wanted nothing more than to reward me with the good caveman brain chemicals of collectibles, irresistible charm and humour. April 6 kicks off my nostalgia month with the surprisingly ambitious ground-up reimagining of not just the classic adaptations, but also a tasteful treatment of the sequel trilogy in The Skywalker Saga. Cap this off with a game that my rural, Internet-less arse pined for as a young’un, Chrono Cross, and I might just crawl under a blanket fort for a few weeks. I hope to make time for Chrono Cross: The Radical Dreamers Edition on April 8, as this title still looks gorgeous and I’m in need of an engrossing RPG on Switch. Oh and hey, hot off the press, Dune: Spice Wars is hitting early access on PC on April 26. I am overdue for a good 4X strategy title since last year’s pretty good Humankind.

Having a pile of titles left over from March, April looks like it’s a good time to catch up. Having said that, there’s one particular title that I’m mighty curious about. No, it’s not Lego related, I think everyone else will be covering that. I’m talking MLB The Show ’22, the former Sony exclusive turned multi-platform series that has very little competition around it. I’ve been a baseball fan since the early 90s when I moved to Perth (shoutout to the Perth Heat), but I rarely play baseball games themselves. However, MLB does have a strong record of quality behind it, so yeah, maybe now is the perfect time to finally take a swing at it. Both Chinatown Detective Agency and Road 96 also have my interest in the indie space but, only the day before I started writing this, we finally have an April release for the long anticipated Stanley Parable: Ultra Deluxe, which should round out an otherwise quiet month rather nicely.

A game that feels like it was announced in a galaxy far, far away, a long, long time ago, LEGO Star Wars: The Skywalker Saga is finally releasing. As an avid co-op, LEGO and Star Wars fan I could not be more excited. The original LEGO Star Wars game was amazing, but with the developments TT Games has made over the course of its many LEGO games, Star Wars doesn’t quite have the replayability that some of the newer LEGO games have. With several more movies and a handful of new TV series to draw inspiration from, LEGO Star Wars is sure to be one of the best LEGO games ever, and I am bursting at the seams. There’s also the small case of a series that’s a bit of an unsung hero getting a new iteration this month. Way back in 2006 Wii Sports (in my opinion) revolutionised sporting games, and continued the trend with its 2009 sequel Wii Sports Resort. Now 13 years later, the Switch is getting its own brand-spanking sports title with Switch Sports. I got to experience a small piece during the network test and thoroughly enjoyed it, and look forward to trying all the sports, with just enough exertion to convince myself that I might be doing exercise.

In this article:Star Trek, Tight in the Jorts