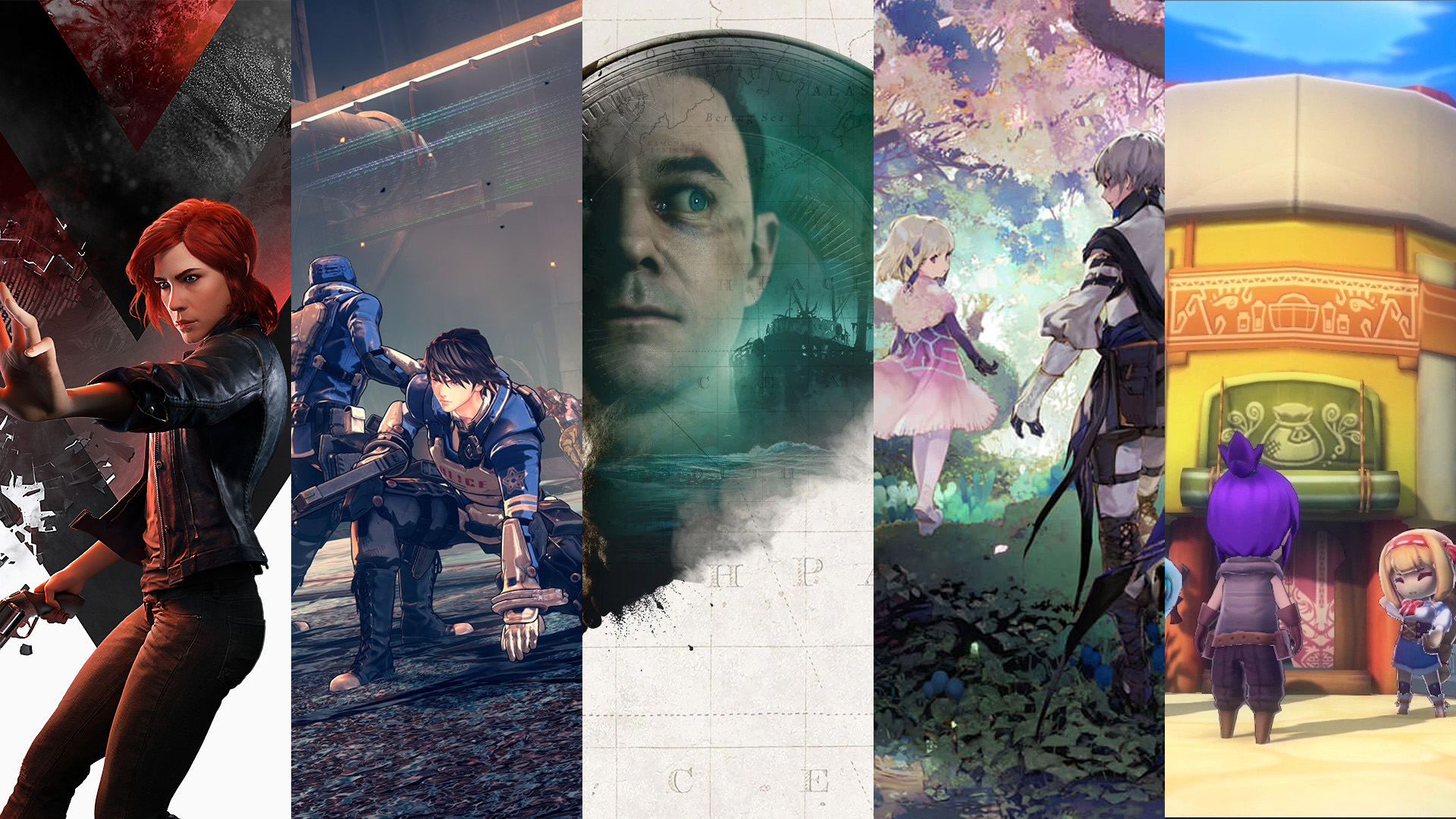 Winter is drawing to a close, and none too soon as we’re running out of copies of Anthem to throw on the fire at the WellPlayed office. Other than warming themselves by the side of a questionable bargain bin plastic fire, how else are the WellPlayed team staying warm this August? By trading jorts for more sensible full-length pants? Not on your life.

After a fairly quiet beginning to the year, last month was a riot with the big titles I had been waiting for hitting Switch left and right. Assuming I can pull myself away them, August shouldn’t disappoint either. One of my favourite Gameboy Advance titles was Yu-Gi-Oh! Worldwide Edition – Stairway to the Destined Duel. Yu-Gi-Oh! Legacy of the Duelist: Link Evolution brings together more than 20 years of history from the series in one title and on the Switch no less. Card games are best in portable form and I hope this title will allow me to reminisce but also get excited about the card game genre again. Tokyo RPG Factory is at it again, and after what I thought was an uninventive title, I hope Oninaki isn’t more of the same. The end of August brings two titles that make me really excited. Re:Legend, a Kickstarter success by Magnus Games (published by 505 Games) is coming to Steam early access on PC after a successful backer-exclusive alpha. As a backer of this game I am super hyped for others to experience this title. I plan on holding out for the Switch version as I love my monster/farming/action-RPG games portable, but it will be tough to rein my excitement in.

PlatinumGames surprised us all with the announcement of Switch exclusive Astral Chain, and while I’m sure many were hoping for Bayonetta 3, Astral Chain looks set to pack a futuristic punch. Who wouldn’t want to be an alien fighting cop in a neon futuristic playground? I’ll take one of everything with a side of indies please.

I’ll be honest, the month ahead is kinda looking like a good time for me to work on my backlog. Not that there aren’t a bunch of upcoming games that get my jorts tighter than skinny jeans on a hot day, but none of it drops until around the final week. That’s when it all goes down and I likely wind up drowning in games to finish. Procedurally-generated dungeon crawlers usually instil a sense of fatigue in me at this point, but Double Fine could sell me anything and I’d buy it, and it certainly helps that RAD is being led by the very talented Lee Petty (Stacking, Headlander). Colour me keen for that one. Then there’s Oninaki, the new title from Tokyo RPG Factory, who are another developer that I’ve grown to appreciate. The demo seemed cool, if a little repetitive, but I’m definitely intrigued by the game’s world. Control looks like a good time, and I’ve always got time for Remedy (though I never finished Quantum Break, sorry Zach) so that’s going to be a blast. Man of Medan seems like it’ll either be the start of something special for the horror/thriller genre as Supermassive Games begin their Dark Pictures anthology. Or, it could be another Hidden Agenda. I guess time will tell. Lastly, boy does Astral Chain look dope. A sci-fi action game with anime cops that use demonic living weapons to fight monsters? Developed by PlatinumGames? Exclusively for the Switch? This one is going to be a must-play for sure. I think I might even invest in one of those fancy new Switches with the double battery life.

August for me is more than likely going to be relatively quiet on the games front. University has begun and the workload has hit me like a freight train. However, if I manage to get ahead of my assignments, there a few games I will definitely tinker with. The first title that I intend to sink my teeth into this month is RAD, a wacky action rogue-like made by Double Fine Productions that has both Kieron and myself intrigued. Next up is Oninaki, another RPG title from Tokyo RPG Factory. These guys and gals much like their namesake, churn out old-school RPGs, and despite being slightly bored by Lost Sphear, I’m keen to see what Oninaki brings to the table. Despite having never played Alan Wake or Quantum Break (sick rhymes) Remedy Entertainment have caught my eye with Control. Hearing that the game was a metroidvania in which your character used supernatural abilities was enough for me to grab a ticket for the Control hype train. For some reason, when Blair Witch was announced at E3, I decided I wanted to play it. It could be horrendous, given that Zach is hyped for it (Zach loves a mediocre release) but I really do hope for a short but sweet horror experience. Rounding out the month is Astral Chain, a game I didn’t have an ounce of hype for until I watched a recent trailer. PlatinumGames may have had some missteps with releases in the last couple years, but most of their titles are certified bangers, and I’m pretty sure that Astral Chain will be one of their quality games.

After a bit of a lull period, things go from 0 to 100 in the space of three days at the end of August. Seriously my jorts have been hanging around my ankles for the past month and by the end of the month they’ll be so tight I’ll need to call the fire brigade to cut me out of them. To ease me into things this month is Gibbous – A Cthulhu Adventure (August 8), a comedic point-and-click take on the Cthulhu Mythos in the style of the Disney films of yore. If that doesn’t pickle your octopus then maybe a talking cat will? Then it gets nasty, and honestly, half of these games will likely end up in the backlog. August 27 starts with the console release for Hunt: Showdown – a game I loved when it first launched on PC. Then, on the same day, we have Ancestors: The Humankind Odyssey, a game I have been keen for since it was first announced years ago. Next (also same day), is the console release for Wreckfest – finally a game to allow me to revel in the nostalgia of Destruction Derby. Up next…yep…on the same day is one of my most anticipated games of the year in Control. I loved Quantum Break (gave that bad boy a 9.5), so if it is anything like that the Remedy will likely get another big score from me (if I review it). After a short breather we get to August 30, where we get the new Blair Witch game, which (witch) looks really spooky and cool. Speaking of spooks, the other game to really give my jorts a tightening is Man of Medan. As a lover of Supermassive’s Until Dawn I am super keen to get a bunch of teens murdered on a boat. Better hope they’re wearing their life jorts…

In this article:August 2019, Tight in the Jorts