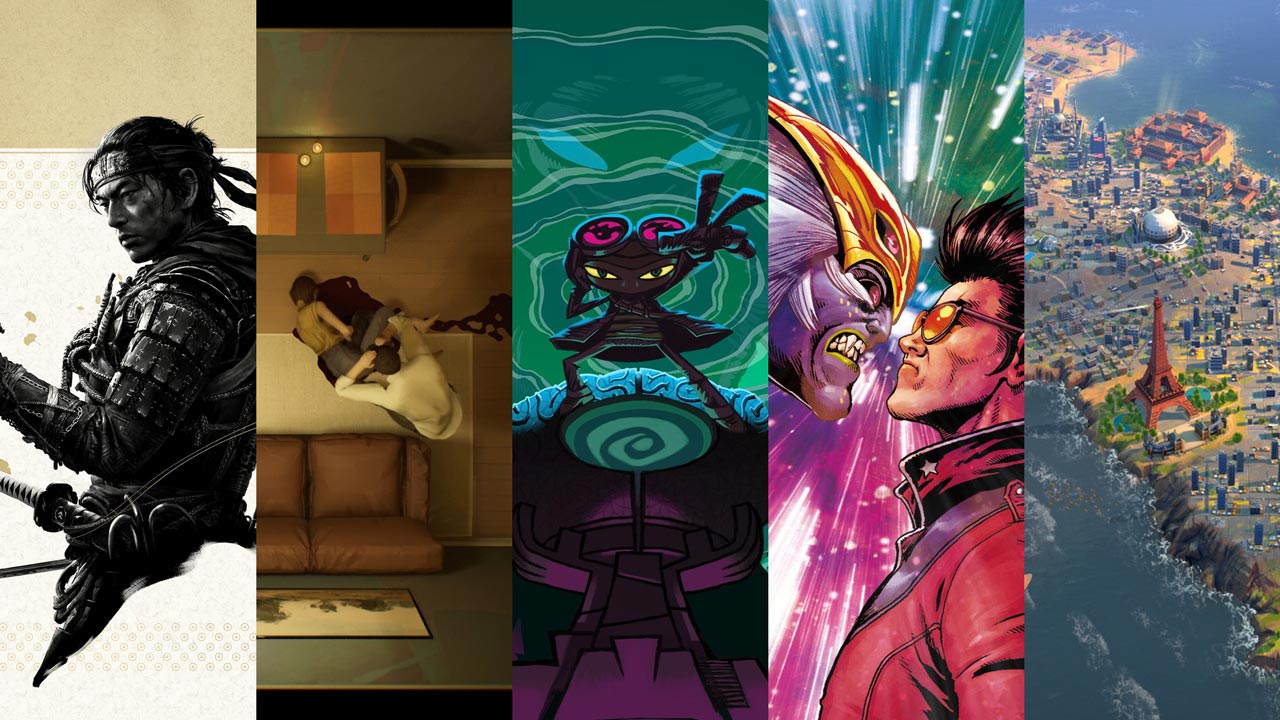 Most self-respecting gamers have backlogs that they could easily cover their entire lounge room floor with and lay down on top of, then flail their arms about and make backlog angels. In the age of digital distribution I guess you’ll have to pull that off virtually, but you catch my drift. But rather than feel that each month is a cavalcade of new games that you’ll buy and feel guilty because you still haven’t started that PS2 game you bought fifteen years ago that’s still in its plastic shrink wrap (shoutouts to our fearless leader Zach Jackson), let’s just see it as an opportunity to make an even bigger, more beautiful pile of shame, that can only lead to bigger, more beautiful backlog angels. Let’s see what Team Teal are adding to the pile this month.

I think the month of August will be a backlog month. Not that I intend to clear mine. Instead I shall bulk it with some little sizzlers. Not unlike the fur-lined alpine jorts I have set aside for when I make it to Switzerland, Humankind is arriving just in time on August 17 to bring me the 4X Civ-like time skip I need to fast forward through the rest of winter and see brighter days. That is, should I be willing to blindly sacrifice weeks of my life. Speaking of, two JRPG time absorbers coming to Switch are Dragon Star Varnir on August 3 and Prinny Present NIS Classics Vol 1 on August 31 – the latter namely due to its inclusion of PS2 cult classic Phantom Brave. New World looks thematically ambitious and has the pleasure of filling the waist on my empty, upcoming cool-looking MMO jorts. It’s a piece that doesn’t see the light much these days, the genre now being far outside the zeitgeist in favour of live-service. And lastly, the two heavy hitters that I’m buzzing for: No More Heroes 3 and Psychonauts 2. The Australian public health crisis consumes my every day due to the nature of my work, and having two zany and outrageously funny titles to look forward to is a balm for my aching soul.

It’s always an odd one when the general sentiment around the impending month of games is that it’s a ‘quiet one’ when, for me, it is in fact anything but. While you’re all hauling the last seven month’s worth of jorts to the combination tailor/drycleaner/Taco Bell to get them fixed and cleaned while you down a cheesy nacho bowl, I’ll be busting fresh holes in mine all month long. Psychonauts 2 is happening folks, and it’s preceded by a parade of pants-packing pleasures like Tetris Effect: Connected, Ghost of Tsushima Director’s Cut and the PS/Xbox release of Hades before being pinched off at the end with none other than No More Heroes III. I’m gutted we aren’t getting Kena just yet but looking at what’s still coming in August I’m kind of relieved. BLOODY PSYCHONAUTS 2, YOU GUYS!!

After my new bundle of joy was welcomed into the family in July I’ve started writing lists, using my calendar effectively and properly scheduling my time so that I’m able to play games. It’s a struggle and I’m up and down throughout the night tending to my little dude, but to say that it’s all worth it is an understatement. Yep, my Series S has been a blessing. So yeah, I’ve been working my way through Game Pass pretty intensely as of late, but August’s release line-up is determined to pull me away from the service. The allure of a new Apex season will be the first temptation, especially with a Legend as smooth as Seer leading the charge, but a short few weeks later I’ll be right back on the box for Hades. I’ve already reassured my PS5 that our bond hasn’t been broken though, which Ghost of Tsushima: Director’s Cut will affirm, as I set sail for Iki Island. Mix in Twelve Minutes and you’d expect that I’m all booked out for the month right? Nope, I’ve still pencilled myself in for some all but assured disappointment with Alien: Fire Team Elite. For all parents reading this, don’t worry, I’ll still spend plenty of time with the newborn as well.

In this article:new world, psychonauts 2, Tight in the Jorts, Zagreus is so damn hot