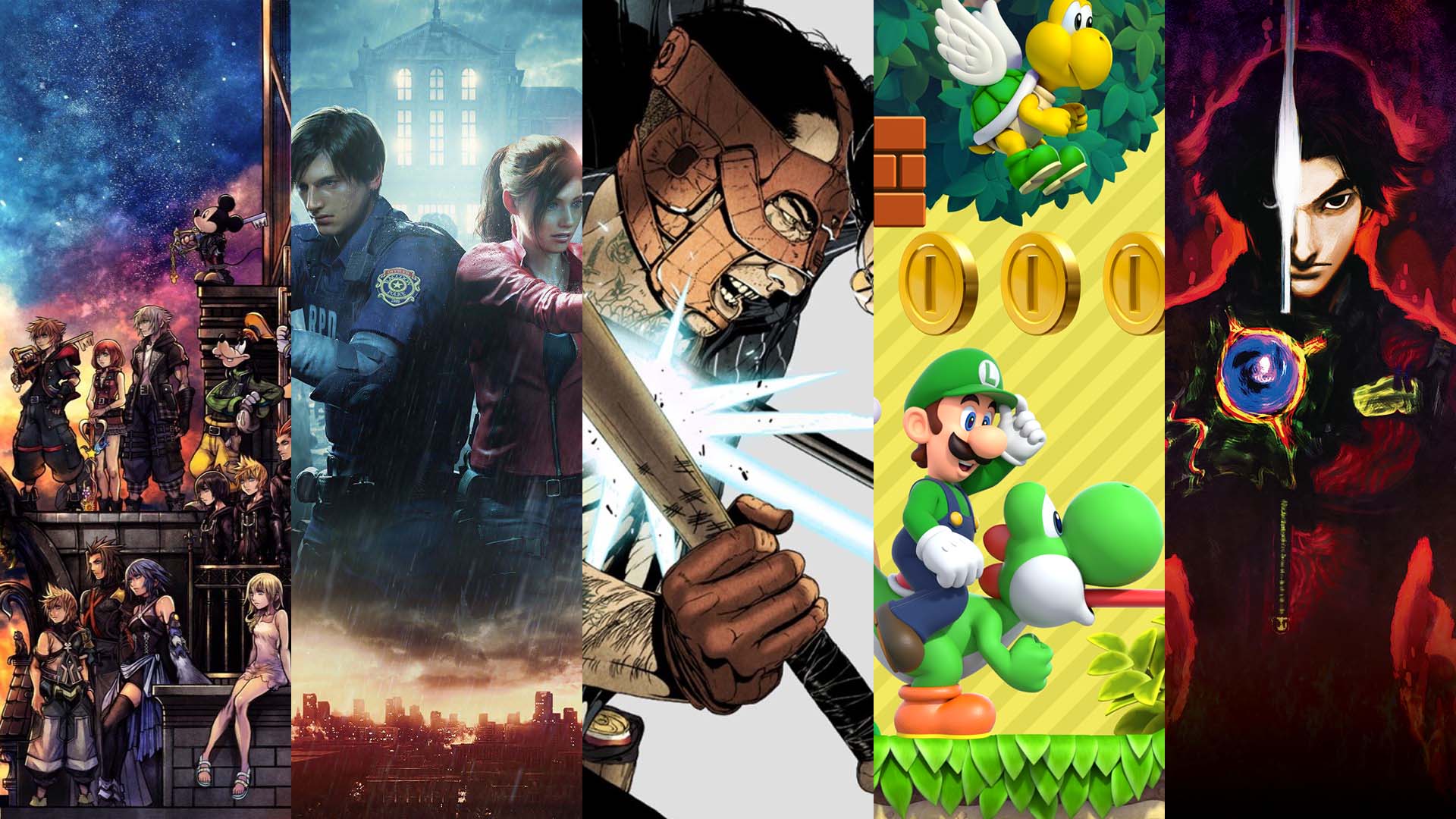 2018 was one hell of a year for gaming. Month after month we were pummelled into submission by a veritable cornucopia of monster AAA titles, as well as a bunch of quality indie titles. But who cares about that? It’s 2019! New year, new me, new games to add to a backlog that is now large enough that Smaug can now comfortably sit upon and watch over it for me. So with Aussie temperatures soaring, and a slew of hot titles bringing in the new year, how does the WellPlayed team sleep while their jorts are burning?

It’s 2019, and while everyone is going out and replacing their wardrobes with the fashions of Blade Runner, I will continue my yearly tradition of spending way too much time playing video games.

Ringing in the new year is a game that has been far too long in the making, feeling for a long time like it could wind up vapourware. It’s finally, really coming out though, and Kingdom Hearts III looks like everything fans could have hoped for. Time will tell if Nomura and team have managed to reign in the frankly nonsensical plot for what could be the final game in Sora’s saga, but for now it at least seems like big, beautiful, Disney-fuelled fun.

As if that wasn’t enough, the month is also packed with some awesome new reissues of classic Japanese games like Tales of Vesperia, Onimusha: Warlords and the hugely impressive Resident Evil 2. I’ll definitely be trying to hammer through as much Vesperia as I can but the majority of my time pre-KH3 will no doubt be devoted to Travis Strikes Again: No More Heroes, a game that I am so glad exists.

A new year – a new batch of games to add to my backlog. That’s practically my ethos these days. Years come and go while the backlog piles up to the point where I never know what to play whenever I have enough time to cross something off the list. Not this month though. No, this month there are two bangers releasing that will get my undivided attention (sorry Anna). First up it’s Capcom teasing my samurai blue balls with a HD remaster of Onimusha: Warlords – my second favourite IP ever. If this is Capcom testing the waters of how a potential Onimusha revival would be received, well I am dipping more than my toe in. Give it to me Samanosuke. Secondly (and lastly) is a remake of the greatest game ever, Resident Evil 2. I’ve been licking my chops to play as teen heartthrob Leon Kennedy in glorious HD since the first time I locked eyes with the blue-eyed Casanova. I’ve played it a couple of times now and I know it’s going to be a winner.

With a new year comes new games, or in my case old games with a new lick of paint. Let’s start with the biggest one, Resident Evil 2.

RE2 was a badass mamma jamma when I was a young sprog. I played it on an Asian NTSC format PlayStation 1 console, which had the amazing added ‘feature’ of not being truly compatible with my TV, resulting in me having to play the game entirely in black and white. Know what is hard to see in grainy PS1 graphics when everything is black and white? Important shit. I swear it took me months to complete that game, and the nightmares likely didn’t help. Perhaps a truly eye-popping high definition remake will shift those memories from my sadness bin.

Bowser’s Inside Story was also a title that came out right when I didn’t have the right bloody console to play it on – and now it’s rocketing back into the spotlight, I can finally dig into the mystery as to why Nintendo decided to appeal to vore fetishests. I mean, on one hand – why not, on the other hand …why? Besides, I love truly unique mario games and the mechanics that drive BIS are charming as heck. Oh, and New Super Mario Brothers U: Deluxe Ultra Switch Edition: Plus – Now with Funky Mode is also going to be a fantastic opportunity for me to ruin friendships all over again. No Nabbit allowed, we all suffer together. Although the name is a bit stupid.

Finally, I will be chasing down some finality from the late Telltale Games: The Walking Dead series. As a diehard member of the ‘I wait until all the episodes are out before playing the game’ club, I tensed my anus quite distinctly upon finding that Telltale Games was shutting down, as I realised I may well never see the ending for Clementine. Thank my stars that somewhere amongst the mistreatment of employees they have found the resources to release the game just for me. Or something to that effect.

Akira will officially be set in the present this year. That’s gotta be a ‘yikes’ from me.

January of the new year has some pretty good titles arriving this month. The first on my personal list is a game that already exists: Moppin’s Downwell. I had a blast of a time playing it on my PC, but January sees it arrive to the Switch – a console I’ve been getting much more mileage out of these days. Another re-release of an older title goes even further back to the past, with arcade classic Out Run becoming the next in SEGA’s SEGA Ages re-releases. I’m a big fan of SEGA’s classic arcade games, so this is a no-brainer for me.

As for new titles, the long wait for a new No More Heroes game is finally over! Travis Strikes Again sees the triumphant return to the series after an eight-year hiatus. To put that into perspective, the last game – No More Heroes 2 – was a Nintendo Wii game! Another series coming out of a hiatus (albeit a much smaller one) is Ace Combat, with the 17th game in the long-running series Ace Combat 7: Skies Unknown releasing. Yeah, it’s one of those franchises.

Finally, another indie game is on my radar for January. Sunless Skies is a gothic horror RPG that depicts the Victorian-era British Empire ensuring that no sun sets on it by expanding into the stars. Failbetter Games’ last title, Sunless Sea, is essentially replicated here…but in the far reaches of space. I’m pumped. Pumped, I say!

In this article:gym membership season, january 2018, new year revolution, RE2, Tight in the Jorts, titj, zach and leon kennedy sitting in a tree