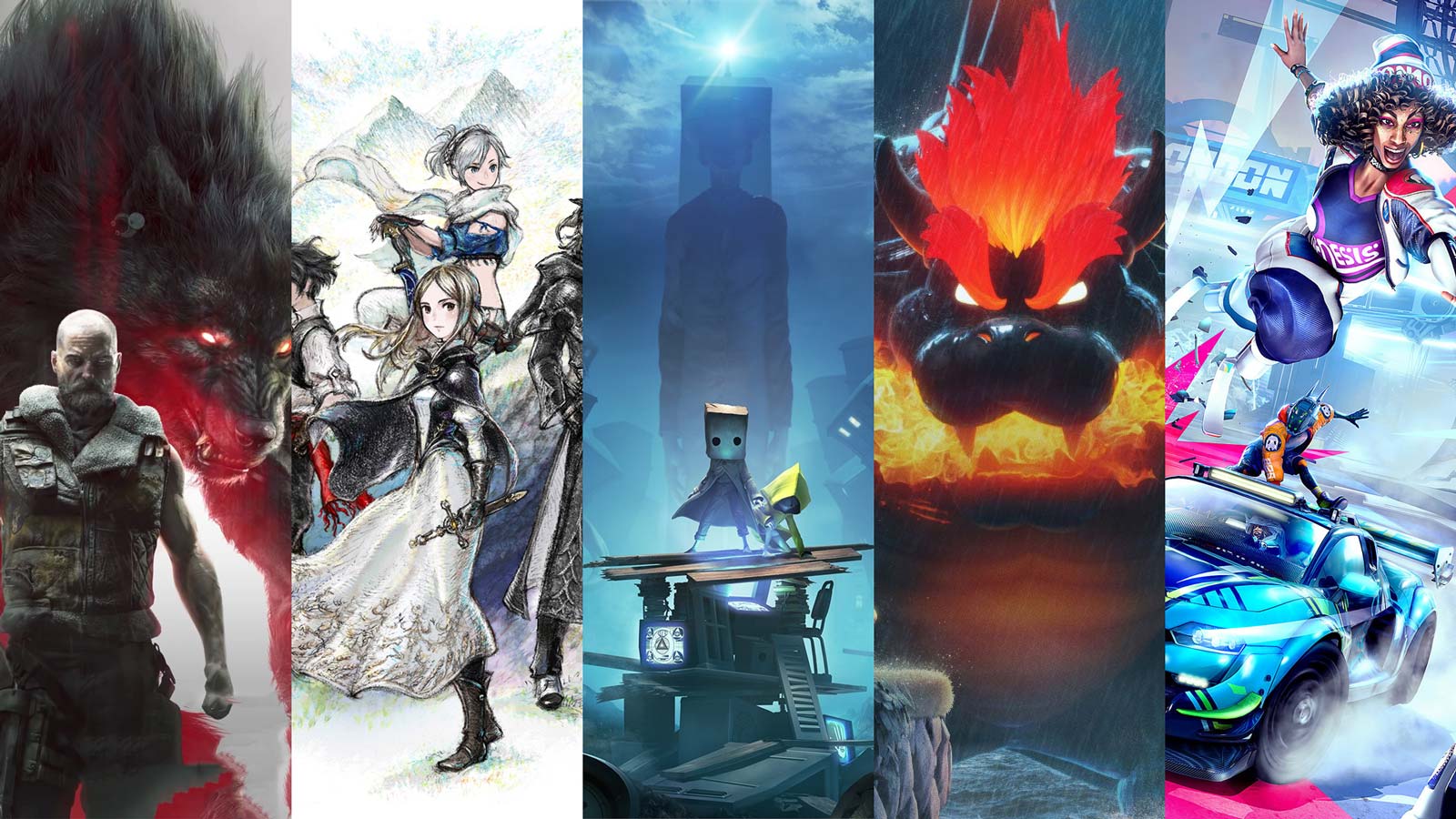 Seems like February is a good month to own a Switch (a lot of months seem to be like that), if not…well…play some games you’ve already played but on new hardware? A lot like the beginning of the last console generation, original games are a bit thin on the ground, and publishers are fairly happy to simply wheel out games from last generation and up the graphics a bit. It’s a time tested strategy, but I’m sure there are plenty waiting to see where those next-gen heavy hitters are hiding. But at WellPlayed we’re honour-bound and contractually obligated to be permanently tight in the jorts, no matter the month. So what’s testing the thread count in February for our jean short enthusiasts?

It’s hard to believe it’s February already, almost my birthday and time for another great looking month of game releases. I’m keen to play a great mixture of indie and first-party games this month starting with Blue Fire. Blue Fire is a slick looking 3D platformer set in a perished world with LOZ: Windwaker and Hollow Knight vibes, a great combo if I do say so. Next on my Indie hit list is UnderMine which will allow me to scratch my action-adventure roguelike itch with great looking pixel art to boot. Super Mario 3D World + Bowser’s Fury is a game I essentially missed with a great looking new add-on so I will very happily be adding this souped-up port to my Switch collection. It’s been a really long time since I played a sailing/pirate game and when I stumbled upon the announcement trailer for King of Seas I knew I had struck potential gold. Procedurally generated and boasting an epic adventure filled with battles, treasure and lost islands, I am readying to hoist my pirate jorts. Last but not least I’m super excited for Bravely Default II, which promises a return to the form of the original game and I hope I won’t be disappointed. The series looks great running on the Switch and has come a long way from the 3DS days, but I am hoping it won’t just be looks with no substance.

With Rider Republic being delayed out of February and into an unannounced spot in 2021 it’s given me a solid opportunity to throw my bike on the back of my car, drive out into this beautiful state that is Tasmania and enjoy some real-life mountain biking. Oops, hold on, there are two games that require a whole shit load of my time, sorry bike, back in the garage you go. Destruction AllStars is my main squeeze this month and I can tell you now that I’m guaranteed to love this game. It’s giving me some real Rocket League vibes and that’s not just because it’s launching as a PS Plus game. The gameplay loop looks addictive and all of the movement and abilities seem slick and smooth; everything I could want in a vehicular multiplayer title. My second jort-tightening game on the horizon is the polar opposite to AllStars, yet I’m just as excited. Little Nightmares was such a standout puzzle platformer that I bring it up in conversation as much as possible (play it if you haven’t already). The sequel that’s just around the bend looks to double down on the horror aspects while maintaining the elements that made the first game so memorable. As long as Six comes out the end of Little Nightmares II in one piece this should be another sure thing for me. Who knows, I may even sneak in a ride here and there two, but I’m not holding my breath.

Wait, it’s February? 2021?? Time sure does fly when you’re having *checks notes*…constant anxiety about the state of the world. Anyway, video games! It’s a short agenda this month, but not with any shortage of cool shit to get around. PlayStation Plus rockets in first with some bangers in the form of the sublime Control: Ultimate Edition (which you can also grab on Xbox Series S/X) and the unproven-but-hey-it’s-free Destruction AllStars, which I’m keen to give a red hot go. After that I’ll be wrapping my hands around Little Nightmares II, given the first was a creepy good time. We patient Switch owners are going to be treated nicely this month as well with Super Mario 3D World + Bowser’s Fury (which I’ve been playing and you can read about right here) and Bravely Default II (which I haven’t been playing, sadly). Oh, and Persona 5 Strikers! Geez, these months need to go a little bit longer, I reckon.

It’s been a slow start to the year thus far, but nothing kicks things into gear like a little bit of AA Eurojank. Thankfully, Werewolf: The Apocalypse – Earthblood is here to deliver just that. From French studio Cyanide, Werewolf looks like it’ll provide a classic AA experience, and I am down for that. It’s got an interesting premise of using werewolves to help Mother Earth in its fight for survival, a pretty rocking soundtrack, and well, werewolves. And werewolves are fucking sick.