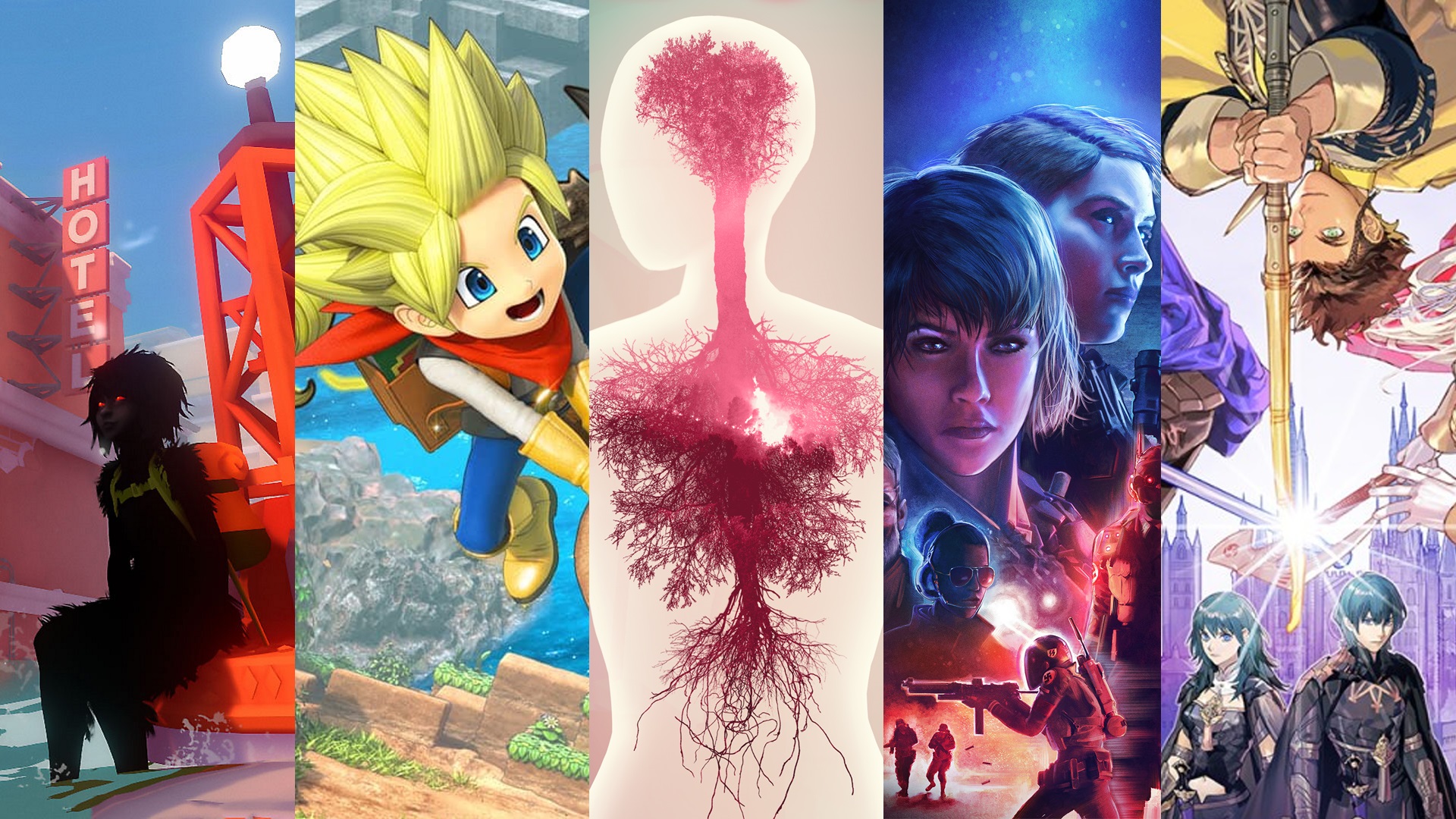 It’s not only a new month but a whole new financial year! While some of you might plan to blow your tax refunds on plane tickets, new wardrobes or rare physical PS4 copies of Poop Slinger, the gang at WellPlayed have only one reason to whip our collective wallets from out of our jorts pockets: this month’s upcoming video game releases. From indie darlings to AAA Nazi slaughterfests and even sexy anime pinball, there’s a lot coming along in July that’s got us all clenched up in anticipation. No takers on the sexy anime pinball, though? Bah, I’ll mention it myself.

July is a surprising month for me. I wasn’t expecting it to have as many interesting releases as it does, but it seems the gaming industry had other plans for me. To kick things off, Sea of Solitude is an indie darling under the banner of the EA Originals program that was the only thing to get my interest at EA Play last year. It kinda dropped off my radar until recently, when I realised that it’s due for release this month! Let’s hope it’s as good as it looks. A game I really enjoyed playing but never actually ended up buying was Dragon Quest Builders. Everything about it was something I really liked (though much to Kieron’s disappointment, it’s the only Dragon Quest game I’ve enjoyed), so it comes as no surprise that I’m really interested in Dragon Quest Builders 2. Etherborn is one of those titles that has me intrigued by the art alone, but from what our fearless leader, Zach, has been saying it’s actually a pretty good puzzle game with a well executed central mechanic. To add to the list of potential indie darlings, Lost Ember has my attention. I love the art direction, and you get to play as a fox which is always a huge plus. To close out the month, there is Wolfenstein: Youngblood. What’s there to say? I like killing Nazis and doing it cooperatively with a friend while also going through levels crafted by the talented designers at Arkane. Along with the familiar gameplay of Machine Games’ Wolfenstein games it’ll very likely equate to an exceptional experience.

Oh man, halfway through 2019 and I’m still trying to finish things from last year. This won’t do at all. What’s worse is there’s a decent amount of releases this month that will no doubt pull me away from that backlog for even longer. I was lucky enough to get a headstart in that I’m on review duty for Sea of Solitude, a game I’ve been eagerly awaiting since it was announced back in 2015 and re-announced last year at EA Play. So now I can try and (hopefully) finish Judgment before Dragon Quest Builders 2 drops, because that game is going to be a big ol’ time sink. A time trough? Nah, a time well. Bottomless as shit. Bye bye time. Back in the world of cool indie junk we’ve also got Etherborn and Lost Ember, so I’m pretty set. I’m also very keen to check out Wolfenstein Youngblood towards the tail end of the month but I’m yet to finish Wolfenstein II so… yeah. Will I ever get time to play Fire Emblem: Three Houses in this life? Probs not.

Oh, I’ll bet you’re wondering where the mention of Senran Kagura Peach Ball Is. It’s right here. Sexy anime pinball, in which at certain points you get to slap the anime girls’ butts with the flippers. I can’t wait.

The July period is always a slow one for PS4 and Xbox One, but Nintendo are in a prime position to dominate this month. Big exclusives like Fire Emblem: Three Houses and Marvel Ultimate Alliance 3: The Black Order are certainly going to grab people’s attention, and they certainly shine ever so bright on my radar. Moreover, Dragon Quest Builders 2 and Wolfenstein: Youngblood are launching day and date on the Switch alongside other platforms. There’ll be plenty of opportunity to get outside and breath in some of that cold, miserable air while you bury your face in your Nintendo device.

Speaking of, there are two distinct Wolfenstein experiences launching the same day. Machine Games has reinvigorated the classic shooter series with a fresh take on mixing over-the-top, self aware antics with serious and deep character building. Youngblood looks like a fresh take on Machine Game’s iteration of the franchise with help from Dishonored developer Arkane, which gets me all kinds of excited. The other experience is Cyberpilot for PSVR and while it does look rough around the edges, I can’t deny wanting to jump inside that world and kill an onslaught of Nazis in VR.

In this article:Big Rizk, Jortan, July 2019, Kieron, Tight in the Jorts