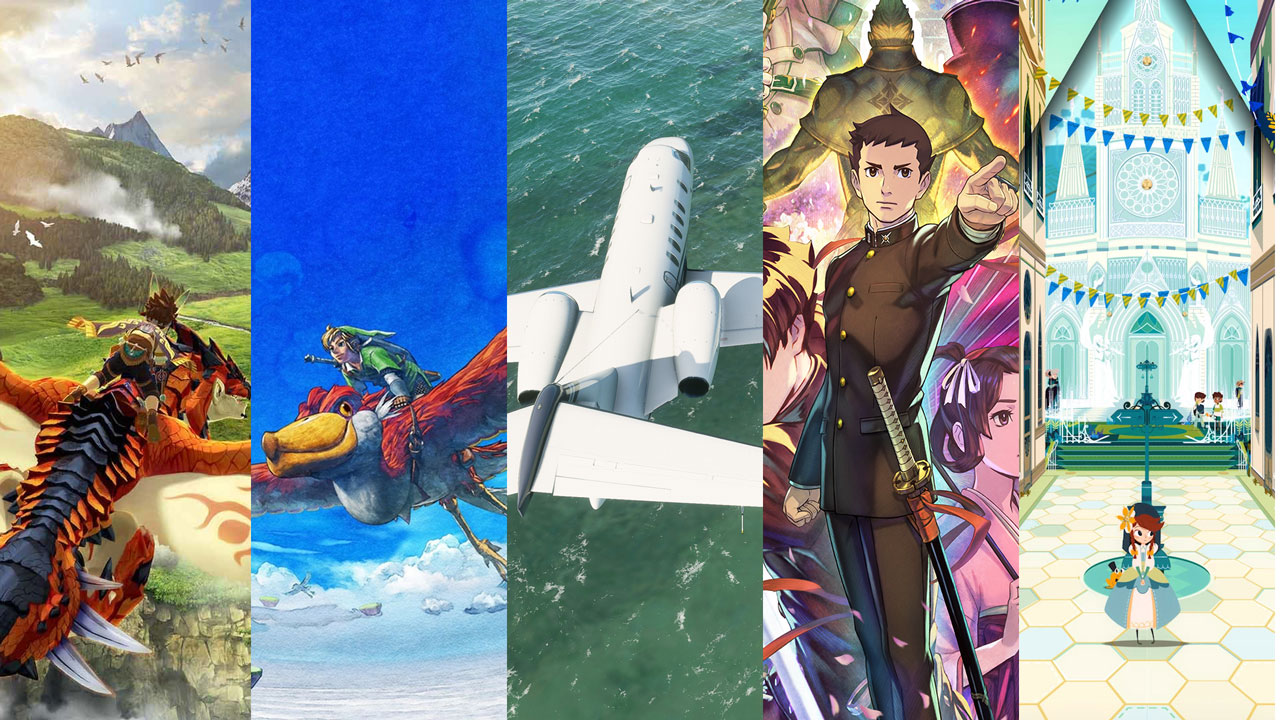 Fresh off the muted excitement of a virtual E3, we’re already halfway through a year that is only slightly better than 2020. We know that video games are a great alternative to endless doom scrolling and toilet paper hoarding, but does July have the chops to distract us from an impending virus-based societal collapse, or do we have to wait until August? Mask up and read on…

As we enter a new financial year, so too do I enter a fresh new pair of jean shorts. Smartly, I’ve had this month’s pair tailored especially to accommodate a wider range of tightening motions, as July’s lineup honestly looks a bit all over the place. We’re definitely kicking things off somewhat gently, with the nu-gen port of Asobo’s excellent A Plague Tale Innocence leading the charge in the battle for my interest. Following that is another, more belated port that brings the Wii’s The Legend of Zelda: Skyward Sword to the Switch in HD form, and hopefully with enough quality-of-life improvements that I’m no longer compelled to switch it off partway through. I’m pretty keen to check out Cris Tales, an indie JRPG I’ve downloaded multiple demos of that’ve all gone unplayed, but let’s hold out hope that I actually get onto it. Then, as the month draws to a close we see Asobo make a cheeky second stab at my jorts (from the inside) with the console version of Microsoft Flight Simulator, a game that I will very much look at for as long as it takes to realise that I have no idea what I’m doing. Oh, and there’s an Ace Attorney game on the same day. Best start prepping my August jorts.

After some quiet months, things are starting to pick up as lots of gems I’ve had my eye on for a while are almost in my grasp. As a new Monster Hunter fan, I’m excited to dive into a new adventure and also scratch that RPG itch with Monster Hunter Stories 2: Wings of Ruin. This July I’ll finally have the opportunity to play a Zelda game that I missed out on in Skyward Sword. I’m really excited to learn about a part of the timeline that I know nothing about. I love a new perspective on a familiar genre and I think JRPG Cris Tales will give me that, by being able to look into the past and see how my in-game choices shape the world around me. I’ve really enjoyed what I’ve played of Phoenix Wright: Ace Attorney, so when it was announced that The Great Ace Attorney Chronicles was finally coming to the West on the Switch with modern improvements I was dancing around in my jorts of optimism and hope. Filling up the pockets of my jorts for the end of July are two indies, Alchemic Cutie and Little Devil Inside. Alchemic Cutie looks whimsical and cute as a slime taming and farming RPG, while Little Devil Inside is a surreal action RPG with survival elements – almost two ends of the same spectrum all things considered. Variety like this certainly makes me happy in my gaming universe.

It’s been a little while since I’ve felt some tension around the old jortsal region. This month definitely packs a wallop for me, so here we go! Monster Hunter Stories 2: Wings of Ruin. Need I say more? I’m arguably the biggest Monster Hunter fan here at WellPlayed and it would be nice to have a change of pace while still being in the incredible world of Monster Hunter. Curved Space is a game I don’t know an incredible amount about, but from what I’ve seen of it, it looks really cool, I love the idea of playing with perspective and 3D space. The second big-ticket item for me is The Legend of Zelda: Skyward Sword HD, as I am also a HUGE Zelda fan. While the original Skyward Sword was far from perfect, I certainly don’t hate it as much as the general gaming populace does. I’m really excited to re-experience Skyward Sword without the need of those annoying Wii Motion Plus controls and the soundtrack alone is worth replaying a nine-and-a-half-year-old game again. Eldest Souls, not much to say outside of I like challenging games. Cris Tales looks really interesting too, and that art style has me drawn right in. Now let’s hope I have time to play them all!

Dearest congregation, I ask you to raise up your hands. Give thanks to the blessed Jort who reigns on high. The Holey Jort has blessed us with very tight blue bounties this July, showering our faithful WellPlayers with some delicious titles to keep our packages warm and nested. After all these years, a teenage dream is fulfilled at last when the sequel to one of my all-time favourites lands on July 27 with the slick and jazzy NEO: The World Ends With You. Just in case one JRPG to consume my few free hours isn’t enough, Ys XI: Monstrum Nox looks like it is also going to nox it out of the park on July 6. The Care Instructions of Jort advise us that to grow, one must treat another’s monstie as they would their own. That is why I am eager to have a look in on Monster Hunter Stories 2, making July an indulgent month in which we mark the July 9 Passover of hours lost to colourful creature grinds. On June 16, heathens who claim The Legend of Zelda: Skyward Sword is the worst 3D Zelda will be bleached from the strata of society. This HD remaster will be casting a spotlight on the true ugly son in last place, Twilight Princess (fight me Adam). And hey, after more of this depressing Australian lockdown business, I need a bit of sweet Ace Attorney silliness to restore hope in this hopeless month. The Great Ace Attorney Chronicles is such a compelling localisation that I’m overjoyed to get lost in with my partner backseating. In the name of our tightest Holey Jort, Den-i-men.

What games have your jorts tight in July? Let us know in the comments or on social media.

In this article:2021, Eleanore, Jordan, july, Kieron, nathan, Tight in the Jorts