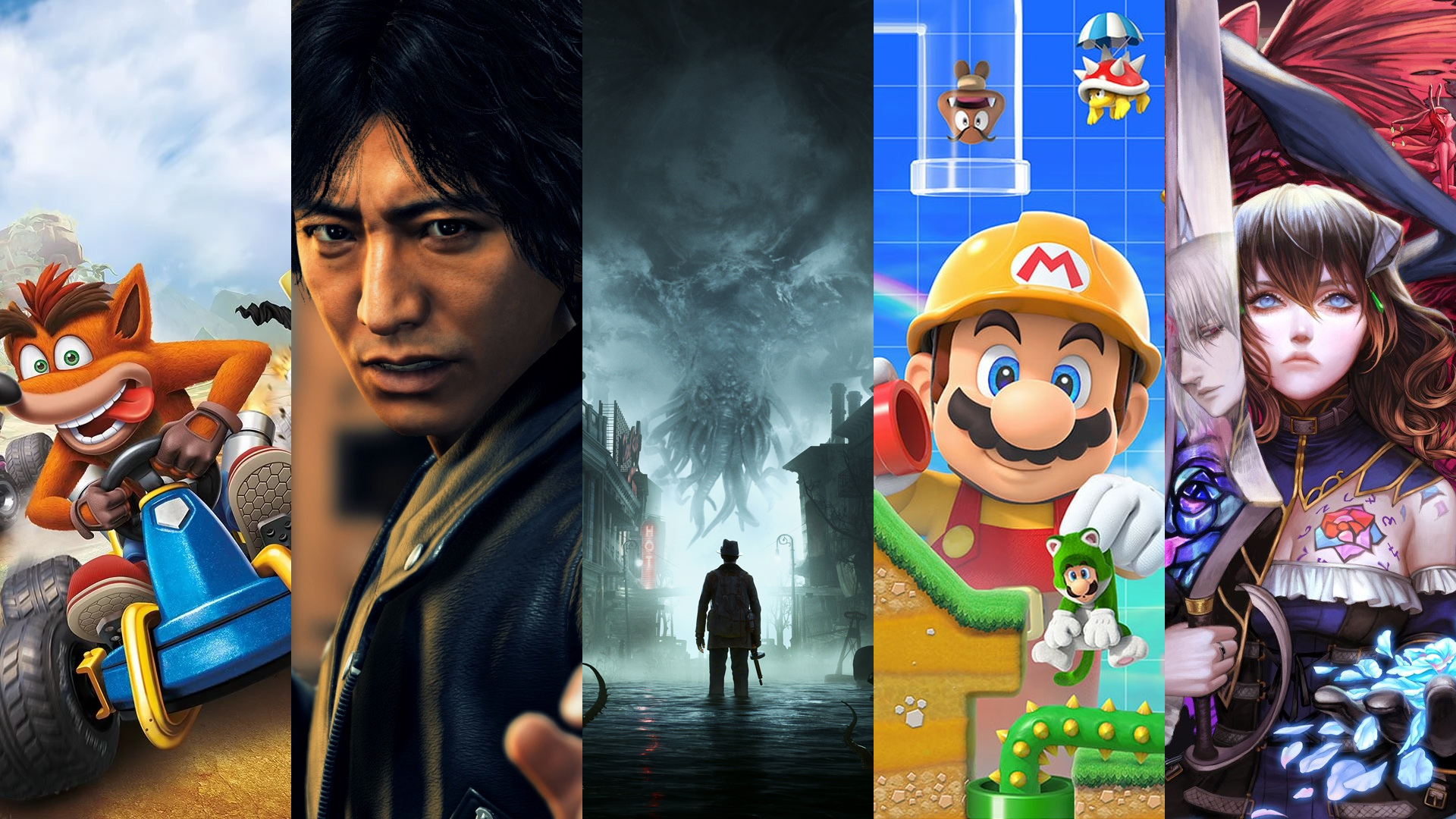 June starts off with probably one of the most important days of the year – WellPlayed Editor-in-Chief Kieran Stockton’s birthday, anything else is just a bonus. Also, E3! In true wintery style, big game releases seem to have gone into hibernation, but a couple of sneaky titles are sure to stoke somebody’s fire. So what’s warming the cockles of WellPlayed’s heart this month?

June is shaping up to be quite the month for me, with a few games aiming to tighten the old jorts. First up is Warhammer: Chaosbane. To be perfectly honest, the game has me interested with the cover art, but from what I’m hearing about the game it might actually be a pretty good Diablo-clone, which I am always down for. Next is an oldie but a goldie, Journey. I loved this game on the PS3 and I’ve been wanting to revisit it and be captured by the incredible art and atmosphere but I’m too stubborn to use the cruddy PS3. Thankfully the game launches on June 7th for PC via the Epic Store <insert negative comment about Epic here>. I didn’t realise it was releasing so soon until I decided to preorder it for $5 thanks to the Epic Store Sale that is going on right now. Even if I can change the visuals, it’ll still make for an excellent experience again! On June 18th Bloodstained: Ritual of the Night FINALLY releases. This game has been floating around for a long time and it is kinda hard to believe it’s almost here. The spiritual successor to the Castlevania games looks to be a great time and the Metroidvania genre has quickly become my favourite genre of them all. June 20th brings a bit of a different game to light, Cadence of Hyrule – Crypt of the Necrodancer. It’s rhythm/music-based combat with some Zelda characters, how can I not dig it? If you read my preview for Crash Team Racing Nitro-Fueled, you’d know that I was very pleased with how the PSOne classic handled with some current-gen touch-ups. The vehicles were responsive, the art was great and it felt good to play CTR again. Needless to say, I’m very keen for it to release on June 21st, even if it’s only on consoles (cries in 60fps). Special mention goes to The Sinking City, the game looks pretty cool so it might be one of the two games Zach gets right this year.

June 2019, this year is rolling along at a wicked pace but there are definitely a few games that are getting me excited this month. Super Mario Maker 2 has essentially everything you could want in a game, and a Mario game no less. With lots of new mechanics, items, themes and modes compared to the original, Nintendo looks set to deliver a title that will get the crazy creative juices of Switch and Mario fans everywhere fervently flowing. I can’t wait to make some weirdly wacky levels with item and mob combinations that you’d never ever see, as well as play some ridiculously complicated levels that someone somewhere created. Gotta love a game with endless replayability.

Lapis x Labyrinth caught my eye with its bright crazy visuals, cute character design and the interesting gameplay mechanic where you have to platform through a dungeon killing monsters with your characters forming a human totem-pole of cute destructive power. It looks like the game has a heck of a lot going on but I’m willing to brave that to experience some unique gameplay ideas and enjoy the pretty looking aesthetics. An indie that captured my heart coming this June is A Fold Apart. A 3D puzzle game that has a beautifully clever folded paper style where you follow a long-distance couple’s journey and eventually bring them back together in time and space through puzzles. Need I say more?

Due to a release date change Cadence of Hyrule has snuck onto my June list. I really enjoyed Crypt of the Necrodancer and when I saw a sequel was coming, I was happy, but a crossover with Legend of Zelda? I was super surprised. The art style has been given a welcome upgrade and the music beats we have heard thus far are sick so I can’t wait to groove out in the land of Hyrule and kick some monster butt.

It’s bloody cold here in inner city Melbourne so I’ve got my thermal jorts on under my regular jorts, which is handy because June has enough hot new games that I might just tear a hole in the first layer. It’s an eclectic bunch that I’m looking forward to in June, starting with a little indie action adventure called Effie that I only just discovered a couple of weeks ago but looks like simple, old school fun. It’s not until the final days of June that it really heats up though, with Crash Team Racing, Judgment, The Sinking City and Super Mario Maker 2 all dropping within a week of each other. CTR and Judgment were always going to be big for me, but I’m quietly surprised at how keen I am for Mario Maker. The recent reveals and trailers have really sold just how much Nintendo is expanding their glorified level editor into a fully-fledged creative tool that the internet is sure to go wild with. Keen.

June is going to be a super quiet month for me with the exception of E3. The only game that really gets me going this month is the release (FINALLY) of Crash Team Racing Nitro-Fueled. The original on PS1 by Naughty Dog in 1999 was loved by all and boasted a similar racing experience to Mario Kart released on the SNES video game console in 1992. The hype is definitely real after the successful remaster of the Crash Bandicoot trilogy on PS4, and after watching some gameplay hosted by Troy Baker and Nolan North on YouTube, I am convinced this is going to be as successful as the trilogy remaster. Plus, it’s a couch co-op game for the whole family to enjoy and let’s be honest who doesn’t like being king of the household?

While this month is mostly all about E3 and whatever treats we get from that, there are still a couple games that have enough put my tight hype jorts to shame. Firstly it’s one of my most anticipated games of the year in The Sinking City. I have been hyped ever since its announcement and from what I have played so far of the preview build it could be a great Lovecraftian experience (preview will go up soon). Plus I loved the Sherlock Holmes games that developer Frogwares are known for. The other game that puts a slight crinkle in my jorts is 198X, which looks like a mix of all kinds of retro game goodness.

In this article:Could Zach be right about a game?, Crash Team Racing Nitro-Fueled, E3 is almost upon us, I shall pass my Judgement, June 2019, super mario maker 2, The Sinking City, Tight in the Jorts, Warhammer: Chaosbane, What's a good way to remove blood stains?