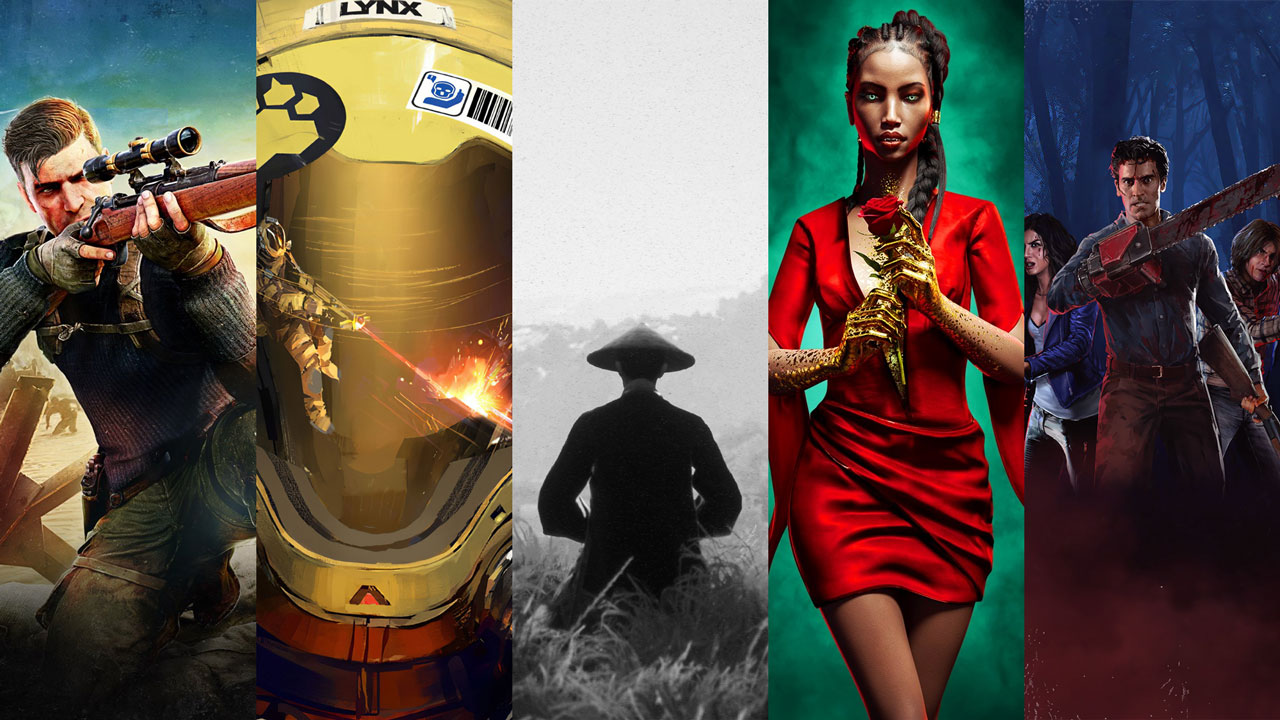 As we prepare to pull on our woolly winter jorts, we look forward to a quieter time of the year more or less devoid of giant releases. Our wallets can mostly rest easy in the gaming department, which is nice considering that filling up your car or buying a loaf of bread requires you take out a second mortgage these days. But we are indie gaming journalists, and therefore have access to an infinite amount of funds, which is why we continue to wear expensive jorts that we know are destined to burst at the seams at even the slightest piece of exciting gaming news. Let’s see what the WellPlayed team are warming their cockles with this May.

Ahh, we’re finally in that comfortable part of the year where huge releases are less frequent and you can settle down with your backlog. Will I do that? Probably not, I’ll end up playing Apex Legends or fall down a rabbit hole of replaying the Arkham games, but you can be sure that I’ll try to give those pledge games a look. May isn’t devoid of new titles though, there are still a few potential sleeper hits that are looking to surprise. Trek to Yomi, the 2.5D samurai action game that I previewed in March sees its full release and I katana wait to play it (shit joke, I know). From katanas to chainsaws, I’m also very keen to get around the asymmetric multiplayer fun that Evil Dead: The Game promises. I may not be a diehard fan of Ash Williams’ exploits, but I do enjoy the film’s campy Deadite destruction. Lastly, I’ll be checking out We Were Here Forever, a co-op puzzle game that’s apparently part of an ongoing franchise. Despite being terribly uneducated in the IP, I’m very interested to see what it has to offer.

No, I haven’t beaten Elden Ring. Yes, I will be attempting to do so this month. No, I will not succeed.

April gave my jorts a chance to get a wash and a fresh press in before May puts them to use again. After recently finishing Ghost of Tsushima I am keen to travel to feudal Japan in Trek to Yomi, in what will likely be a very different experience. No matter what, I’m sure I’ll think the same thing I thought as I was playing Tsushima – give me another Onimusha damnit! The game that tightens my jorts the most in May is Vampire: The Masquerade – Swansong, not because I am a huge VTM fan but because I loved the game’s developer Big Bad Wolf’s previous title The Council, which VTMS looks very similar to. Plus, my boy Olivier Deriviere is composing the soundtrack, so you know it’ll be tight. At the very end of the month I am excited about another Sniper Elite game, with Sniper Elite 5. I mean it’s putting bullets in the heads (and testicles) of Nazis, what’s not to love?

How good are games? May’s release schedule has the enthusiasm in my jorts rising. Eiyuden Chronicles: Rising has my stitching taut as a spin-off to an upcoming Suikoden spiritual successor, releasing on May 10 for all consoles and Gamepass. Let us now turn to the heavens and give thanks for May’s promising gaming bounty. I enjoy a good piece of action and suspense among the stars, which Hardspace: Shipbreaker looks to deliver as it leaves Early Access on PC on May 24. Here to break my balls on May 10 is the sequel to one of the first major 2D indie Souls-likes, Salt and Sacrifice. And if I feel the need to break some Nazi balls instead, I can trace a lead projectile through a pelvic X-ray in Sniper Elite 5 on PC and home consoles May 26. It seems this month is bursting at the seams with good times. While we sympathise with the awkward glances one’s tight little jorts might elicit in an intimate gathering, I for one am a big advocate for enjoying the big squeeze in your own company. For a hot, humid, and tight experience, I couldn’t be more keen for the exceptional Jaws of the Lion coming to the digital Gloomhaven board game on May 17. May your May be merry, with a few democracy sausages crammed into those denim dungarees for good measure.

Just when I think my jorts are loosening, the next month makes them all tight again. Co-op games are my favourite and We Were Here Forever looks exceptional. The communication-based puzzle solver series always adds a bit of excitement and I think the fourth instalment will be the best yet. The Vampire: The Masquerade series has embraced many different media in its time, starting life as a tabletop experience and eventually spreading to everything from collectible cards to video games. The latest release iteration to grace our favourite digital platform is Vampire: The Masquerade – Swansong, which is sure to tickle my fancy. I mean who doesn’t love sexy vampires? No one, that’s who.

The AAAs are on time out again, and that means the indies have the floor. Trek to Yomi should absolutely be on your watch list, think Ghost of Tsushima but on a smaller, more personal scale. Likewise Salt and Sacrifice, a title that has plenty of positive buzz heading into its release and for good reason. There’s also Citizen Sleeper, a narrative-driven RPG from the team behind In Other Waters that looks like nothing else on the market right now. All of these indies should lead the pack of May releases, but there’s a few curious possibilities elsewhere. One of those is Dolmen, a title I previewed a little while ago and remain curious about, and I’m specifically interested to see if the team can stick the landing. I did enjoy my early preview, even though it felt rough around the edges, but time will tell if there’s enough in the tank to get it over the line in style. Meanwhile both Evil Dead and Sniper Elite 5 should scratch that itch for bigger, brasher experiences, and Hardspace: Shipbreaker coming out of early access and onto consoles is a welcome addition to my playlist. It might not be a stacked month like March, but there’s some gold there to dig up, no doubt.