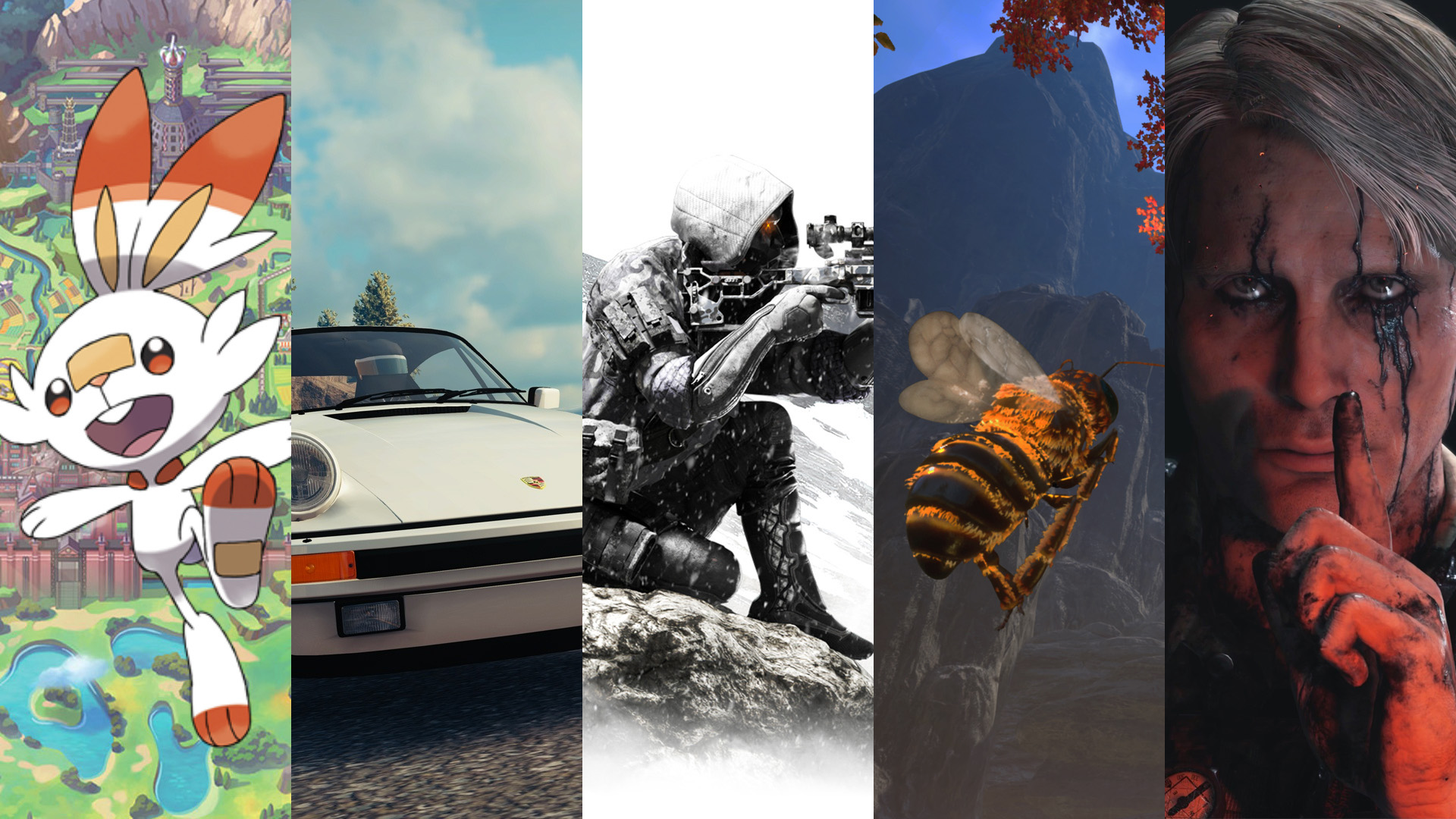 November is a time for a reflection as well as remarking to your friends and coworkers that the year has gone sooooo quickly. It’s also the month that a little game called Death Stranding comes out and threatens to divide the gaming masses directly in half. Is it art? Is it a game? Is it a masterpiece from a daring auteur unfettered by the chains of an oppressive publisher? Is it incorrigible wank? Much like a Tarantino film it’s something you’ll either love immediately or be bored to tears by and still insist you love it because you’re sophisticated like that. Wait, why is no one talking about Shenmue 3?

Just putting it out there – Death Stranding is probably going to suck a little bit. But you know what? I don’t care. I really want to play it, so much so that I preordered the ridiculous Collector’s Edition with the life-size BB Pod. Don’t @ me. Aside from that though, November is showing absolutely no signs of slowing up the pace in this last quarter of 2019. We’ve got bloody Pokémon Sword and Pokémon Shield on the horizon, which look ace. There’s also the small matter of Shenmue III, which really is a huge deal when you think about it. My pick of potential surprise favourite for the month though is Bee Simulator, a game I’ve had my eye on for ages that has suddenly crept up – there really should be more ‘Buzz’ around this one. Hah! Get it? Because bees sting and so do the memories of my parents fighting while I watched Toy Story.

This. Is. It! November is almost here and with it the game I have been waiting for this year – Pokemon Sword and Shield! Pokemon was the first game franchise that enchanted me and to this day I am a proud hardcore fan. Since the first trailer I was entranced by the lengths this series has come, with 3D visuals and a vast open area that could be one of the largest Pokemon games ever. I can’t wait to explore every nook and cranny and see all sorts of new beasties for the first time. Whilst it will be hard to tear myself away from these games from November 15 to tide me over till then I will put on my detective cap. Layton’s Mystery Journey: Katrielle The Millionaires Conspiracy Deluxe Edition represents the first Professor Layton series game on Switch, following the alternate protagonist of Katrielle Layton who walks in her famous father’s footsteps. I have heard great things about this puzzle detective series and I’m looking forward to trying one for the first time. Squeezing in just before Pokemon on November 14 Sparklite is an intriguing action indie game that caught my eye with its great pixel art and Zelda-like vibes.

November, November. What am I going to do with you? You don’t really throw a lot at me until Pokémon Sword & Shield, which will no doubt consume my life for a good time. Outside of that you make an attempt with Star Wars: Jedi Fallen Order, and that’s really only appealing because I’m a Star Wars fan and not because the game looks particularly good (all the promotional stuff has been impressively underwhelming for me). Red Dead Redemption 2 releases on PC which is cool, I’ll be interested to see how that goes. Gear Club Unlimited 2 Porsche Edition is something I had never heard of until I compiled the list for this month’s releases but I’ll take a Porsche Challenge 2 any day of the week. Lastly, there is Conception Plus: Maidens of the Twelve Stars, a JRPG about birthing children and using them as Pokémon of sorts. I played one of them on the 3DS years ago and it was so stupid, I loved it.

To quote a scene from Donnie Darko: “When’s it gonna stop?” – “You should already know that.” The answer is never, the release of new games is infinite, and just when you think you’ve found a pocket of time to play something from your backlog, November comes along and takes a big game dump all over that idea. Fuck.

Anyway, Death Stranding is out this month and it looks about as boring as waiting in line at the post office. Part of me wants to hate it because of my hatred for Kojima’s ever-increasing artistic wank, while the other part is FOMO – I want to be part of the circle jerk, whether it’s the ‘Kojima is a genius’ or the ‘this game sucks’ party. Either way I want in. There’s also Planet Zoo, which looks like an amazing time sink. My girlfriend is super keen for this, it’s just a shame it’s not launching on consoles. I don’t know why but I have a soft spot for the Need for Speed series. Despite the previous two being bang average, I am hoping Need for Speed Heat redeems the series somewhat. But given that EA has barely made a toot about it in the lead up to its November 8 launch, I can’t say my hopes are high. Then, of course, there’s Sniper Ghost Warrior Contracts; one of my most anticipated games of the year and one series I’ve championed for a long time. CI Games has dropped the open world from SGW3 and focused on what makes the series work in Contracts, and it plays a treat. I mean I should know, I’ve played it. The game is looking so good that Bethesda got scared and had to move Doom Eternal’s release to 2020*.

*May or may not be a completely unfounded rumour that I made up. Either way I am sticking by it.