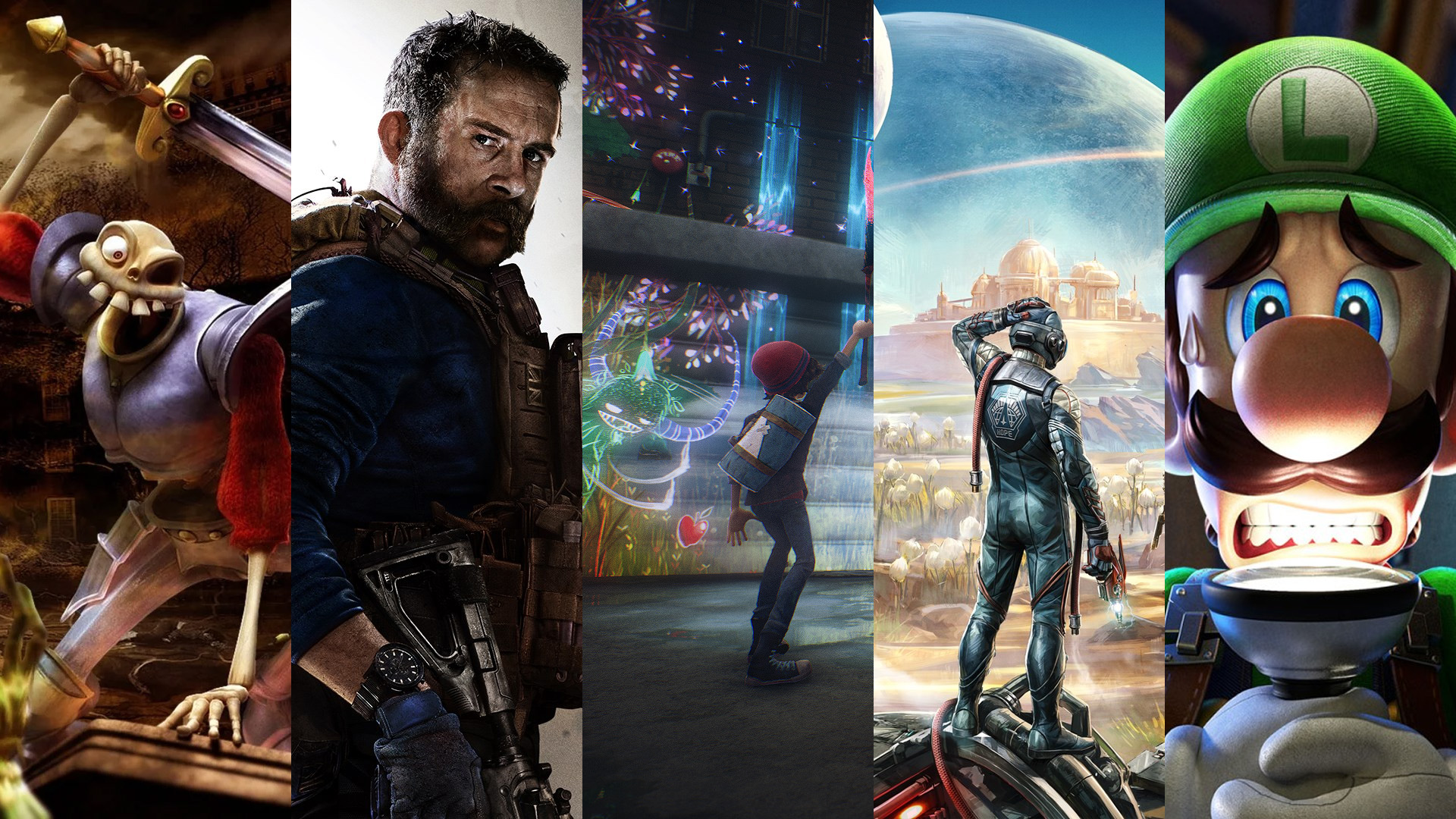 As any Australian Halloween celebrator will tell you, it’s at the end of Winter and the beginning of Spring that things start really getting spooky. When the dark and cold recedes and flowers start to blossom is when all the terrifying apparitions appear. Yes, you’re four or so months late for Halloween if you’re Australian, but that doesn’t mean you can’t celebrate Spooktober with style; be terrified by Jonathan Reid’s constant proclamations of thirst in Vampyr while snacking on rats, be shocked by the manifestation of brotherly neglect in Luigi’s Mansion 3, be horrified by how difficult Roach is to control in The Witcher 3. Don’t let the singing birds, buzzing bees and above 30 degree days fool you, the time of darkness is upon us.

October is quite the month this year offering a variety of titles from just about every genre to satisfy my needs. I’m a huge fan of the Luigi’s Mansion series and I’m over the (dark) moon that Nintendo is deciding to bring a sequel to the Switch. Halloween sorted.

Sony have had a bit of a quiet period in 2019 with Days Gone being its only major exclusive. But starting this month, we get the MediEvil remake and Concrete Genie. The latter in particular has caught my eye from its reveal and I think a lot of people could be sleeping on this one.

It’s also great to jump back into a campaign for this year’s Call of Duty (one of my all-time comfort foods) after a personal hiatus coming off a decade of playing them religiously. Finally, The Outer Worlds will hopefully scratch that Bethesda itch that Fallout 4 failed to achieve for me and is definitely my most anticipated heading into October. This month is looking like a very colourful trick-or-treat basket.

Hoo boy. More like chock-tober amirite? C’mon guys, give me a break, I’m still trying to finish my pledge games (insert WellPlayed DLC Podcast plug here). Every second game on this list is something I would play.

Not that every month this year hasn’t had something I’m super interested in, but October 2019 is really bringing out the heavy hitters for me. Concrete Genie, The Outer Worlds, MediEvil, Plants vs Zombies, Luigi’s Mansion and that’s just the games I’ve already played at various points this year! #humblebrag

So I guess that’s kind of my top five for the month in a nutshell (actually, trade MediEvil for Afterparty). Thing is though, there’s one game that threatens to trump the whole lot and not only get my shorts tight but get them working out. I’ve been looking for the perfect fitness game for the longest time and Nintendo have just come out and dropped Ring Fit Adventure in my lap. Nintendo-developed fitness software with a crazy peripheral? Always good. Tie that to an actual single-player adventure game? Now we’re cooking. Incorporate the fitness disciplines into Dragon Quest-style battles? Absolute fucking genius.

October, like September, is not going to be kind to my time. I honestly have not stopped thinking about The Outer Worlds since my preview session and I cannot wait until its release late this month. The game, made by the original creators of Fallout, is seriously good and it’s been a while since I’ve played an RPG where I can just do dumb shit. What’s that? I have two releases at the beginning of the month as well? Yeah well we all knew that I was going to be keen for Destiny 2: Shadowkeep as it’s Destiny and it’s Bungie’s first content drop that has nothing to do with Activision (hallelujah). Now that my time is limited due to Shadowkeep, I will also be inconsiderate to my time with Ghost Recon: Breakpoint. I’m not gonna lie, from what I have already played the game is not that great, but it’s a fun game to be dumb in with a bunch of friends which is absolutely what I am going to do.

I’m keen for Luigi’s Mansion 3 but that is more obligatory than anything, if I’m being perfectly honest. Rounding this list off is MediEvil. I’m skeptical about this remake as I’m concerned it’ll break the tone of the game’s atmosphere like the PSP remake did, but it’s my boy Sir Daniel Fortesque and I MUST play it.

Like Kieron, though, I’m still trying to get through my pledge games (and struggling because Shadow of War is terrible) and the games listed aren’t even everything that I’m keen for this month… I think I’m gonna have to play The Quiet Man twice next year.

October is a super nostalgic month for me, the most excitement coming from the Disney Classic games Aladdin and Lion King being released for next gen. The countless hours of frustration as a child are drilled into my head as bittersweet memories, so now I finally may get some closure and feel like I can finish the games aimed at children. Next we have the remake for MediEvil, which I am also super skeptical about, BUT IT LOOKS SO PRETTY. Now how can I forget the remaster of Ghostbusters for next gen. I actually never played the original, I hope it’s not too clunky, keen to get slimed.

Now for the new stuff! The Outer Worlds looks like a futuristic phenomenon and I’m so excited, any Fallout fan is going to be living for this, so keen to have another RPG because I don’t know what else will fill my void after Borderlands 3. Lastly, to keep my Switch library growing we’ve got Luigi’s Mansion 3, the E3 trailer was adorable, like Gooigi walking through bars and gooping around looks hilarious and it’s got me super hyped up for some more ghost hunting!