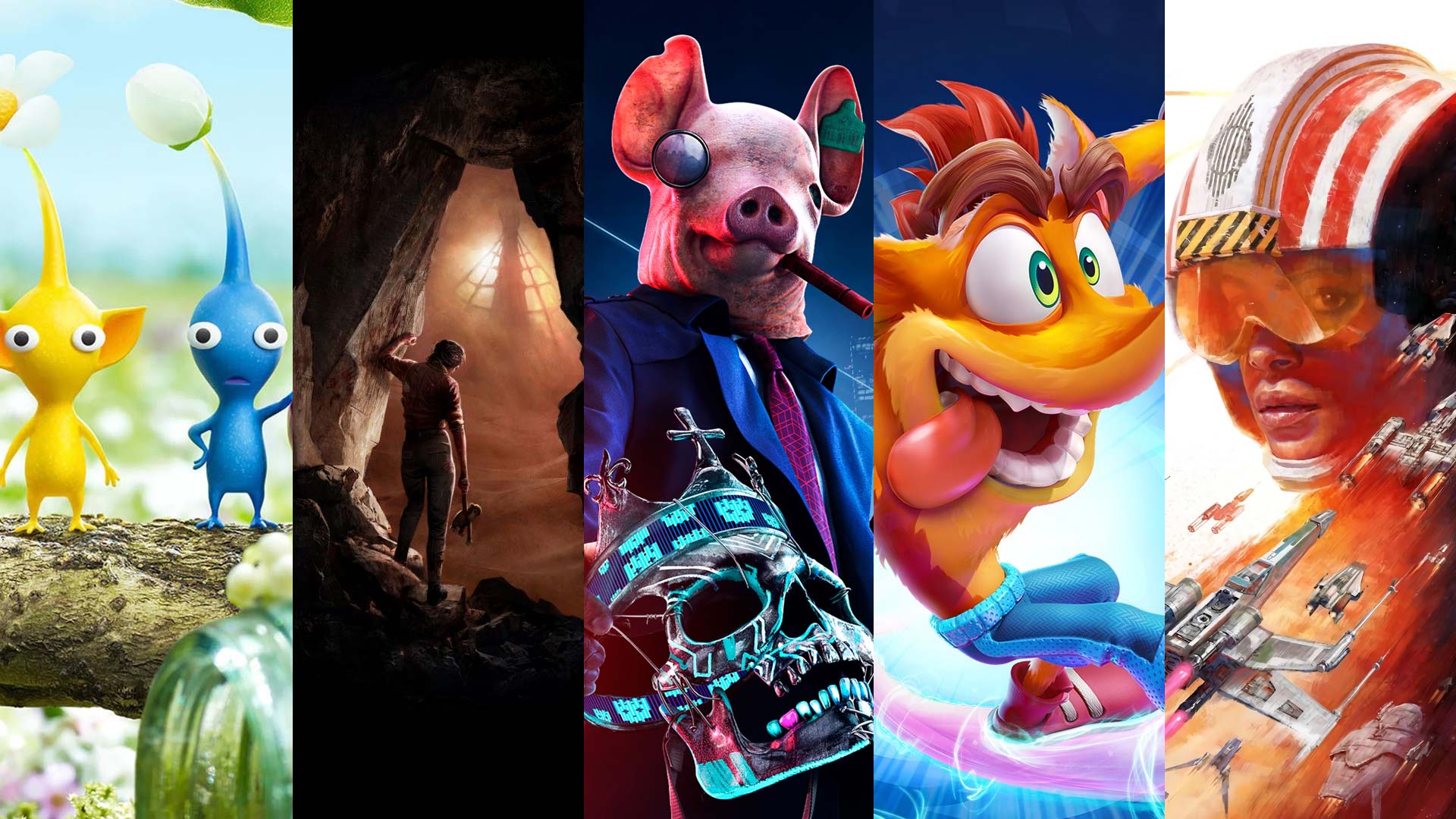 Quite a few of WellPlayed’s team live in Melbourne, and many of us haven’t changed our jorts in weeks, because why bother when you can’t go outside? We’ve been doing Zoom chats until we’re blue in the face, and while it may be business up top with a button-up shirt for the boss, it’s definitely a (sad) party downstairs with our Dorito-encrusted house jorts. Luckily, there is one indoor activity which unites us all: gaming. If it’s anything that get can these jorts as tight as if they’d just been washed and tumble dried, which they sorely need, it’s games. So what’s got WellPlayed’s team fired up in the lead up to holiday season?

Here we fucking go. September might have been a little bit of a calm before the storm, but did I clear any of my backlog? No. I did not. Instead I wasted time bumming around in Marvel’s Avengers, Fall Guys and No Man’s Sky and now I’ve got to somehow get through October’s mammoth line-up before November absolutely kills me. Straight off the bat it’s the big return of the original jorts-rocker in Crash Bandicoot 4: It’s About Time, followed closely by Cloudpunk, a game that I definitely already own on PC but will finally play now that it’s coming to console. Then toward the end of the month it’s Ghostrunner, Watch_Dogs Legion and Pikmin 3, though I don’t know if I’ll actually end up playing those or if I’ll be too preoccupied chasing my cat around the apartment with Mario Kart Live: Home Circuit. I guess time will tell.

After a fairly quiet month, this month is going to likely cause my backlog grief, I’m very motivated to not fail my pledges, but bugger me I need to clone myself. This month I’m super keen to check out The Survivalists. Every game should have helper monkeys, and I’m ready for an island-based RTS featuring these helpful simians. Prinny is one of the quirky characters you recognise so when it was announced that the first two Prinny games were coming to Switch as Prinny 1•2: Exploded and Reloaded, I made space for it in my backlog, dood! Games with pretty and interesting art styles are always a win for me, so when I stumbled upon Carto, where you use map-based puzzles to navigate a beautiful world, I was ready to pack my bags and explore this game. Bringing up the rear is Pikmin 3 Deluxe. I love my little plant people and exploring the undergrowth so I’m super happy I’ll have the chance to revisit this game in HD as well as with hopefully a better control layout (the original layout was not made for lefties!). I think this month will have me whistling a good tune…as long as I make a dent in my pledge.

September was a busy month for myself, but October is looking a little easier to handle and it is bursting at the seams with plenty of games that I’m keen for. First up is Crash Bandicoot 4: It’s About Time, a game I somehow forgot was this close to release. Everyone knows I’m a sucker for a platformer, so I’m sure that it is going to be a grand old time. Next up is Amnesia: Rebirth, a game I hope is a welcome return to the horror franchise I care so much about. I haven’t been following the development of this title but I’m hoping to jump in later this month and be taken by surprise. Having not hated the original Watch Dogs and thoroughly enjoyed Watch Dogs 2, Watch Dogs: Legion is a game I will be taking an inquisitive peek at. I’m not really dying for a Watch Dogs game at the moment, but if it is comparable or better than Watch Dogs 2 I’ll be gunning for the platinum trophy in no time. The Dark Pictures Anthology: Little Hope is a game I’m concerned about after not being completely enamoured by Man of Medan, but I’m hopeful that this release can bring relevance back to The Dark Pictures Anthology. Pikmin 3 is a game I never played back on the Wii U, so I’m keen to run through Pikmin 3 Deluxe to round out what is a jam-packed month.

Ladies and gentlemen, the spooky season is upon us. I love October, it brings with it pumpkin pie (it’s great, fight me), the greatest day on the calendar with Halloween and it usually brings with it a whole host of bangin’ games. What better way to get in the mood for spooks than with a sequel to the game that breathed new life into the horror genre. Of course I’m referring to Amnesia: Rebirth and you can be damn sure that I’ll be jumping on that bandwagon, pissing my pants while doing so. October isn’t all about scares this year though, as Star Wars has decided to take over the month. Not only are we getting the first episode of Mandalorian season two (get keen), we’re also getting the excellent looking Star Wars: Squadrons. Dog fighting between X-Wings and TIE Fighters, VR support and a full campaign, this game is right up my alley and I can tell you right now this is what I’ll be playing the most in the coming month. I’d love to mention Watchdogs: Legion here as well, as I’m looking forward to giving that a crack, but I’ll be waiting until next-gen to start hacking, so you can expect to see me in the cockpit of a TIE Fighter until then.

The busy season is officially in full swing, and it’s only going to get busier with next-gen on the horizon. Naturally, the month before my bank account gets emptied buying new hardware it’ll be challenged heavily thanks to the release of a handful of exciting titles. As a lover of sports and balls, and a combination of the two, FIFA 21 kicks off the month for me. People argue that FIFA games don’t change much year-to-year, and while there aren’t major changes, there’s usually subtle changes that affect the gameplay enough to make it feel different. NHL 21 is another sports title I’d be keen for if I ever found the time. Putting the ball and stick away, Amnesia: Rebirth is a game I am keen to check out, especially considering Frictional Games’ SOMA was my GOTY in 2015. Ghostrunner is another game that has piqued my interest, however one of my most anticipated games of the year in Watch Dogs Legion hits this month and boy oh boy am I excited. I have enjoyed both Watch Dogs titles, especially Watch Dogs 2, much to Kieran Stockton’s chagrin, and I am expecting Watch Dogs Legion to keep the series’ momentum going.

In this article:Baldur's 3rd release Gate, october 2020, Tight in the Jorts