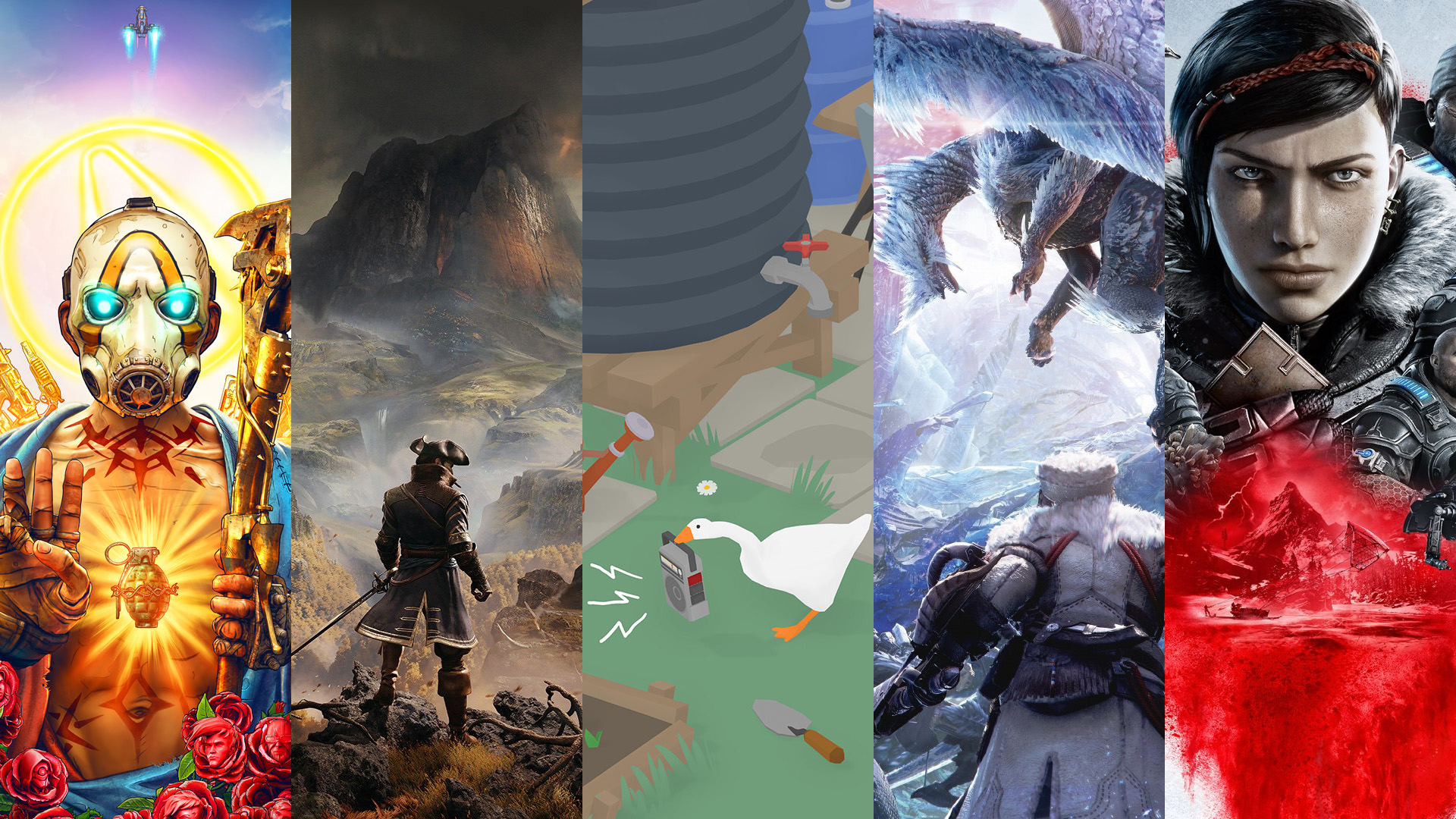 Spring is officially in the air, and you all know what that means. Flowers are blooming, hayfever medication sales are through the roof, and the WellPlayed team have traded in their boring Winter jorts for something a little more fun. They’re lighter, they’re brighter – and based on the new game releases we have coming up for the month – they’re packed even tighter. With the weather warming up and festival season kicking off you’d think now would be a great time to start getting out more. Wrong. Look at that slate and tell me you’ll be leaving the house at all in September – you can make up for it in Summer…maybe.

I’m just gonna put this out there, I feel sorry for my jorts this month. Monster Hunter World: Iceborne is one thing, with its sizable chunk of new monsters coming in, a new area and even some returning monsters (as shown with Zinogre), Capcom is being kinda crapcom to my jorts on September 6 – in a good way of course. Even with Iceborne already ripping my jorts, Nintendo decided to practically finish the job with The Legend of Zelda: Link’s Awakening not long after Iceborne. Even in between those two games Gears 5 and Borderlands 3 have their fair share at my ripping my jean-based shorts, though admittedly they won’t do as much damage as Iceborne and Link’s Awakening. Closing out the month is Code Vein but my jorts are more than strong enough for that.

Oh, hello September! Where the fuck did you come from? And where did you get all of those games? Look, let’s not beat around my jorts bush. This month opens with something that until this year’s E3 I did not expect to see. Yep, an honest-to-goodness current gen release of Final Fantasy VIII. Granted this ‘remaster’ is not much more than a simple port with some (admittedly nice) new character models, but honestly at this point I’m just happy to see Square Enix acknowledge that the series’ best game exists. After that I’ll definitely be diving into Catherine: Full Body Edition because the original was dope. Then I’m keen to get stuck into some Borderlands 3, at which point I’ll hopefully have finished my replay of Borderlands 2, but knowing me that’s not likely. In fact, despite September having so many more games than what I’ve listed here, if anything I’ll just be playing FFVIII multiple times. Multiple jortgasms. UPDATE: GOOSE GAME!!

Thank the heavens September is here. I have been in a gaming slump for months now, with barely anything catching my eye. But with all on offer this month I’ll be occupied every week until January at least. Let’s kick things off with how excited I am for Borderlands 3. My partner hasn’t played any of the Borderlands games, so he’s just going to have to get good real quick because I am keen for some co-op! I’m going to have to borrow his Xbox One so we can play Gears 5 together as well. I remember playing Gears of War 4 in one 12-hour sitting, so I’m looking to break that and set a new record with Gears 5. GreedFall also has my attention as it looks like what the spawn of The Witcher 3 and Dragon Age would be like. I can finally give my Switch some TLC with the release of The Legend of Zelda: Links Awakening. Having not played the original I feel I can go in with zero expectations and enjoy what looks to be a beautiful and incredible remake. Finally, the Nintendo Switch release of Ori and the Blind Forest at the end of the month means I can shamefully finish what I started on Xbox One before I sold the console. I cannot wait to take that beautiful environment with me and solve puzzles everywhere I go.

Holy moly…September…is. So. Packed! There are so many things that are coming out this month that I want to play that I’ve had to keep my ‘must play now’ list to a minimum so I don’t drown in new games. First off, Spyro Reignited Trilogy on Switch. A bit of a wait but one that will be well worth while. The preliminary footage of the Switch version looks beautiful and I can’t wait to take my favourite purple dragon on the go. Next on my list is an Indie from one of the recent Nindie Showcases – Creature in the Well. An interesting art style coupled with a unique spin on pinball in a dungeon-crawler, what more could you want? Link’s Awakening captured my attention with the first trailer, I love the chibi toy-like art style and journeying back to a top-down gameplay. Awakening is one of the old school Zelda games that I missed playing in my childhood, and I’m looking forward to ticking it off my list through this faithful reimagining. September 27 is the jortiest day of all though, with two big games in one day. Dragon Quest XI: Echoes of and Elusive Age S will be my first true Dragon Quest game and I can’t wait! After falling in love with the Builders series I have been wanting to get into the main franchise. Lucky for me my favourite hybrid console is getting the definitive edition, finally, especially since this title was announced when the Switch was the NX. Gotta love exclusive extra stuff. Thanks again to Nintendo’s friendship status with Microsoft, the Switch is getting another Microsoft exclusive in Ori and the Blind Forest: Definitive Edition. A game that I never got around to playing, I am looking forward to experiencing this beautiful title for the first time to finish off my September with a bang. Last minute mention – I’ll be jumping into the untitled Goosey madness this month too!

It’s official. 2019 is out of control. I mean since when has September been so busy? Usually it’s reserved for the annual release of sports titles, but in the past couple years more and more publishers are choosing September as their release month. Alas, we jort-up and go again. After teasing me with an initial 2018 release date, GreedFall is mere days away from release. Ever since the September 10 release date was official my colonial jorts have been waiting for the day they get the callup. I’ve been keen for a long time, so hopefully Spiders don’t let me down. I’ll be sure to give NHL and FIFA a razz at some point, I know my colleagues will be dying to hear my thoughts. Daymare 1998 is another title that has been in my crosshair for a while. Essentially it’s a RE2 clone, and that’s alright by me. Untitled Goose Game is another that has my avian jorts tight at the core. A lot of hype surrounding this Aussie game, but how could a game about being an arsehole goose not be good? Lastly is The Surge 2. While I admit I haven’t finished the first one, I have been keeping an eye on this and it just may encourage me to go back to the first. Probably not though.

In this article:tight in the jorts 2019