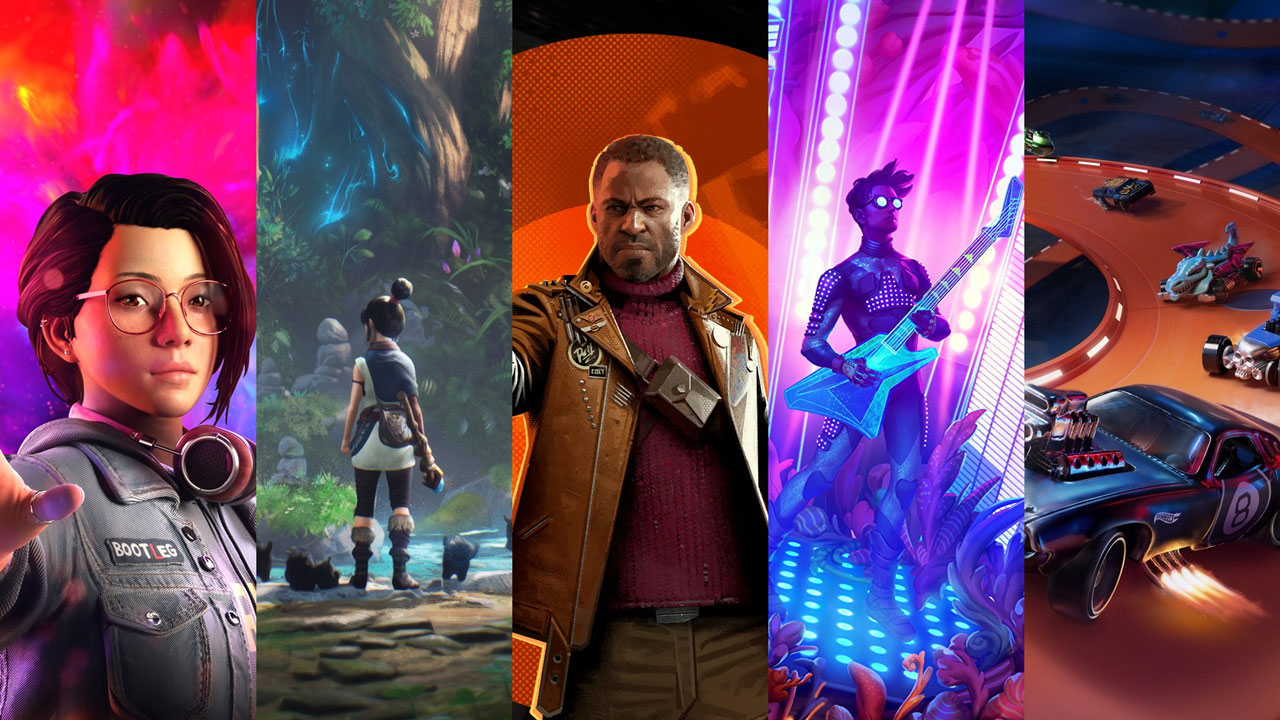 September 10th – WarioWare: Get It Together! (Switch)

Billie Joe Armstrong from Green Day once famously asked the world to wake him up when September ends, but if he was a gamer I’d tell him he done goofed, because to sleep through September would be a crime. Heavy hitters in the AAA, AA and indie space are all lurking in a dark alley waiting to not only steal your money, but more importantly, your heart. Wake up Billy Joe, we’ve got games to play.

Call my boss and tell ’em I’m not coming back in until October because this month is fucking stacked. I’m absolutely going to have to pick my battles here, lest mine jorts be rubbed raw nary halfway into September. As if the quadruple-header of Lost in Random, Life is Strange: True Colours, WarioWare: Get it Together! and Tales of Arise wasn’t bad enough, they’re preceded by the fantastic looking and locally made The Artful Escape just one day earlier. As if I will have had any time whatsoever to get through those, we then get Deathloop a few days later, followed by Kena Bridge of Spirits, and then Lost Judgment, and then the nu-gen Ghostrunner, and then AWAY, and then Hot Wheels Unleashed.

It’s like everything I ever wanted but all at once and I don’t know whether to cry tears of joy or just cry. I love it.

I’ll be getting little to no sleep in September thanks to the month’s release schedule. Say I do get some shut-eye, I’ll just be plagued with random-arse dreams from all of the genre hopping I’ll be doing. Kicking things off (pun intended) with furry fighting in F.I.S.T: Forged in Shadow Torch and dice-rolling with Lost in Random, I’ll be getting my indie fix before launching into the time-twisted Deathloop. Good lord, that’s only the first two weeks. Moving swiftly along, I’ll be pulled between the polar opposites that are Kena: Bridge of Spirits and Diablo II: Resurrected. With my nightly visions already a mess at that point, my brain will likely go into complete overload when Kojima’s craziness comes back around with Death Stranding Director’s Cut. I’ll be in desperate need of some smelling salts to wake me up from that fever dream and luckily the salts I’ll have on hand will be die-cast and plastic scented. Yep, the arcade racing ruckus of Hot Wheels Unleashed will be my mind’s saving grace come the end of the month, calming things down with some good old fashioned fun. Shit, I’m tired just thinking about all of this.

Well after a few lean months, September is about to fuck my schedule right up – in a good way…I think. Golf Club Wasteland will be a relaxing way to start the month before it rips the denim right off me like they’re a pair of early-2000s button-up pants. We’ve got the Melbourne-made The Artful Escape, Life is Strange: True Colors and Lost in Random all landing before my most anticipated games of 2021 in Deathloop, Tails of Iron (the Redwall-esque Soulslike adventure), and Kena: Bridge of Spirits drop. But wait there’s more, Chernobylite finally hits consoles, before AWAY: The Survival Series and Hot Wheels Unleashed round out the month. If anyone’s figured out a way to stop time please do let me know.

September, why have you done this to me? Why are there so many games coming out? When will KV finally let me kiss him?

There are too many games that I’m interested in this month so I’m just going to list the big ones. Tales of Arise is looking damn mint and I’ve honestly been really keen for this. The news that it’s the first major engine update in a long time too means that the game can look and feel less dated, something which its predecessors have been a victim of. I knew little to nothing about Tails of Iron until I saw Zach Jackson’s preview coverage and from what I saw, it is right up my alley – I got some mad Castle Crashers vibes from it.

Now, it’s no secret that I am incredibly excited for Kena: Warrior Princess Bridge of Spirits. Right from its announcement, it looks like such a passion project and games like that always make me happy. Speaking of passion projects, I have a passion for birds on skateboards and SkateBIRD hits that niche exactly, I just need to kindly ask the developers to stop reading my thoughts as they’re probably getting bombarded with spicy Hades fanfics. After all that, Outer Wilds: Echoes of the Eye will take my time that isn’t being consumed by racing on plastic orange tracks inside Hot Wheels Unleashed. This Hot Wheels release is perfectly timed because I’ve been considering redownloading Forza Horizon 3 for its Hot Wheels DLC.

In this article:september 2021, Tight in the Jorts