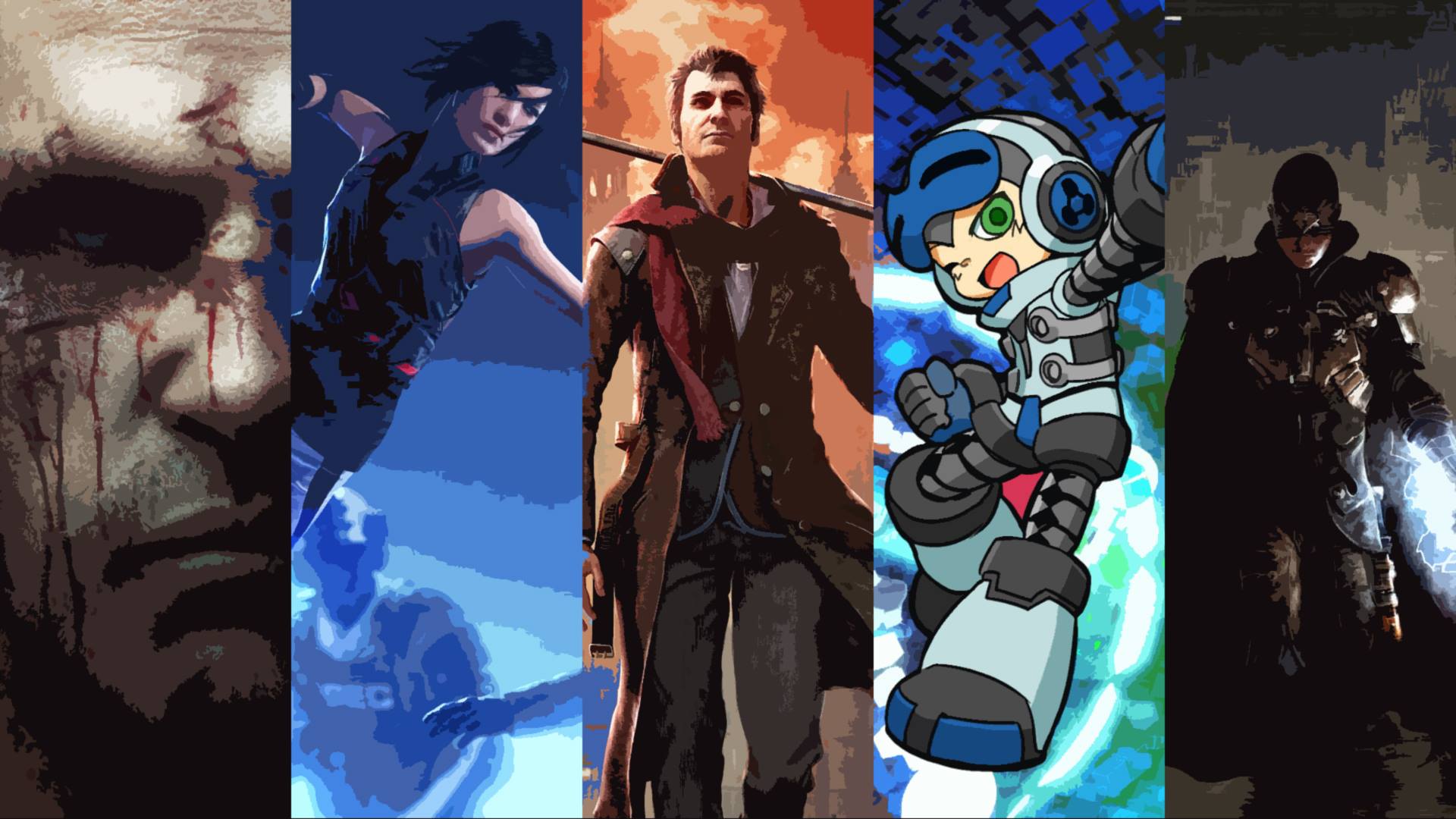 June 6: Atelier Sophie: The Alchemist of the Mysterious Book

May was a damaging month, both financially and emotionally. Not only did the AAA onslaught take a decent bite of my bank account, but according to my jorts tailor Alfonso, my jorts have suffered irreparable emotional damage at the hands of those who critically shredded Homefront: The Revolution. Now June may not have the star-studded line up that May did, however it still has a juicy selection of games on offer. Personally, the fresh jorts tighten ever so slightly thinking about Sherlock Holmes: The Devil’s Daughter. Crimes & Punishments was an enjoyable, yet flawed game so I am hoping Sherlock can go to the next level on this release. Other titles that have me coloured curious are the revamped, old-school FPS, Hard Reset Redux and the psychological thriller, Asemblance, which is slated to release at some stage in June. There’s another title Obduction I’d be all over if I had working gaming rig. But I don’t, so I won’t be.

May was an incredibly quiet month for me, and the only thing I bought was The Witcher 3: Wild Hunt’s second expansion, Blood & Wine. Aside from that my jorts were in pretty good condition.June appears to be another quiet month for me, with nothing really standing out aside from Atelier Sophie: The Alchemist of the Mysterious Book and Mirror’s Edge: Catalyst. Even then I can’t really be too hyped for Mirror’s Edge because I don’t like purchasing EA games, and that trend will probably continue. Looking further down the line, July will probably be a more jorts-tight month, but that’s for another time. June, you’ve let me down in the same fashion that May did. For shame.

One of my favourite 4X franchises Hearts of Iron IV  is getting its latest instalment, and I’m so ready. The last time I played Hearts of Iron, I ended up wasting an entire weekend guiding Germany to a successful invasion of Ireland. The now-infamous Mighty No. 9 is apparently releasing this month (after a particularly laughable trailer), but I don’t think anybody is holding their breath anymore. After all, this is just the latest of several delays and self-made roadblocks for the troubled title. A new Jojo’s Bizarre Adventure game arrives this month! As a fan of both the manga and the more recent anime I’m always keen to pummel the pathetic Jostar line to bloody pulps with my main man Dio. Mirror’s Edge also gets a sequel this month, but I’m far too busy with Overwatch and Warhammer: Total War to really pay attention to anything that isn’t named after a body part made of metal.

In what would become his greatest song, Sting pleaded: “Roxanne, you don’t have to put on those jorts.” Well, my name’s not Roxanne so I’m going to don the jorts regardless. Might not be for long though seeing as Mirror’s Edge: Catalyst is almost upon us, and denim is only so strong. I have been waiting for this sequel for about eight years, and I can’t wait to get some virtual exercise parkouring around the city of Glass. As with Zach, Hard Reset Redux has also caught my eye and I might be making a trip to Jorts ’R’ Us sooner than I had anticipated.

After the mountain of games that launched in May (including my one true love Overwatch), June’s leaner lineup will give my jorts a well earned breather. That isn’t to say I’m not excited for anything this month, I thoroughly enjoyed the closed beta for Mirror’s Edge: Catalyst and will more than likely pick the full game up to discover more about Faith. Mighty No. 9 is also a title that has been on my radar since it was announced with Kickstarter, and I’m excited to see the final product after such a lengthy (oh so lengthy) development process!

A tightening of the jorts is a serious thing and should not be claimed to have occurred if it did not. So this month my jorts won’t be tightening to the point of tearing but they will be a little less slack than usual for Sherlock Holmes: The Devil’s Daughter. It’s been a fair while since I’ve sunk my teeth into a good adventure game and by early indications, it looks like Sherlock will provide the goods. I am only just a little tight for this because adventure games can be hard to pull off, but if they do it right, it should be an excellent game.

With the delay of No Man’s Sky, this month appears to be quite bare, except of course for Lego Star Wars: The Force Awakens. I love Star Wars and I love Lego so a game that combines them both is a no-brainer made for me. Very keen to get my hands on this game at the end of the month.