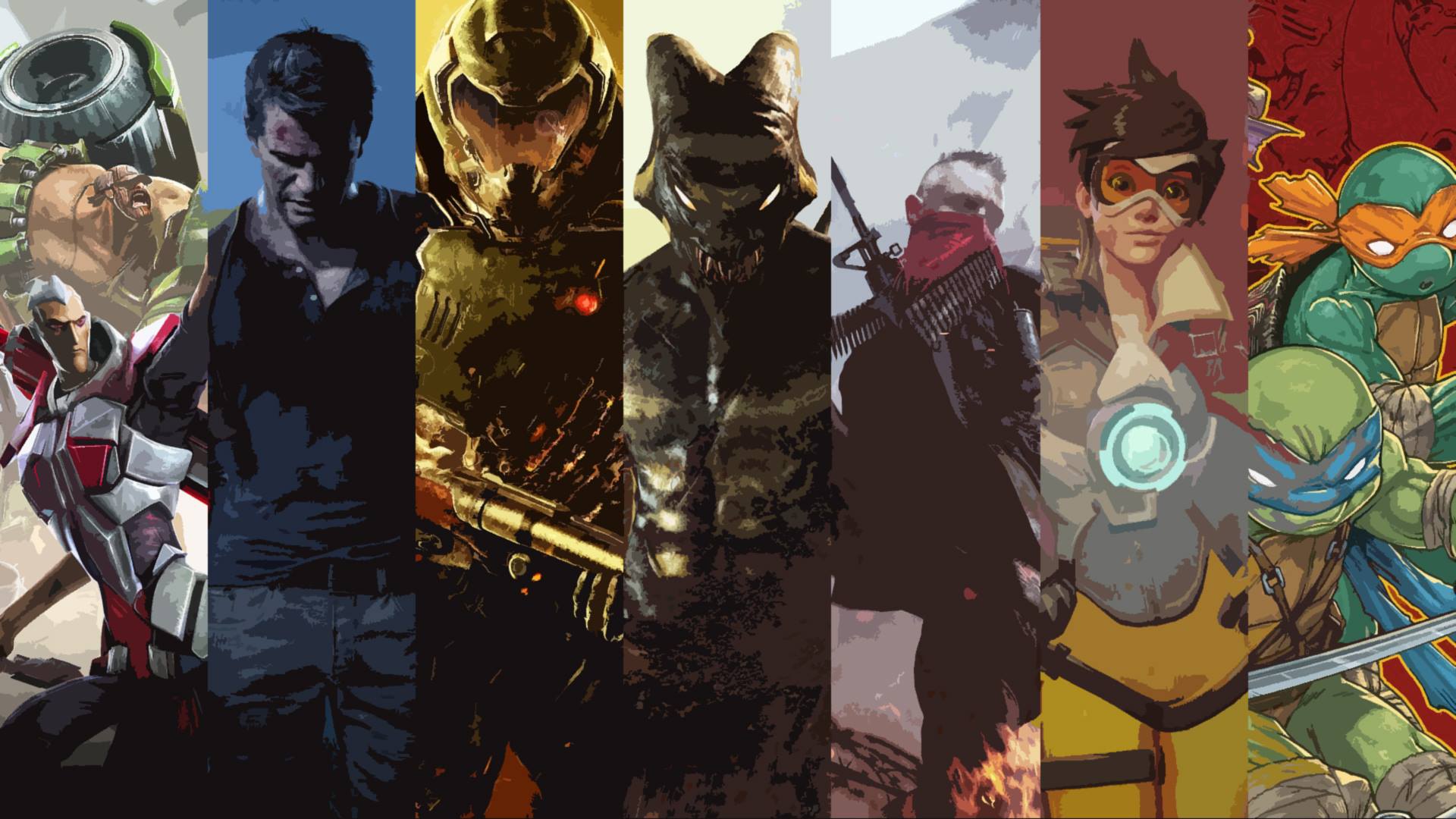 May 3rd: The Park

May 17th: Shadow of the Beast

May 20th: Homefront: The Revolution

May 24th: TMNT: Mutants in Manhattan

There are heaps of delicious titles to feast on this month. Personally I’m excited to see what id Software have got in store for us with Doom’s campaign. The last Doom game was disappointing to say the least, so I’m hoping id takes the series back to its glory days. However, the title that requires me to have my jorts tailor on speed dial is Homefront: The Revolution. I’ve been craving a good story-driven single-player FPS and Homefront is a title that focuses on these elements.  I know there’s a little bit of stigma attached to the title, but I’m hopeful that Dambuster Studios will deliver the goods.

While my colleagues are all rightfully excited about some very tidy looking AAA releases, even the finest pair of my tungsten carbide-reinforced jorts are unlikely to survive the tightness brought on by a slightly smaller title: Shadow of the Beast. I used to watch my elder brother play the murderously difficult original back in the glory days of the Sega Mega Drive, and its eerie music and haunting setting still resonate with me twenty-six years after its 1989 release. The reboot seems to be retaining the same side-scrolling platformer style with elements of Metroidvania gameplay, but developers Heavy Spectrum seemed to have significantly amped up the violence factor. I got to go hands-on with the game at EB Games Expo last year and loved what I played, and I’m very much looking forward to stepping into Aarbron’s tormented shoes (hooves?) later this month.

May appears to be a bit of a quiet month for me in terms on the tension pushing up against my jorts, even though my birthday is during this month. Originally I was very keen for Mirror’s Edge: Catalyst (regardless of the infamous developer/publisher duo who are releasing it), but seeing as it has had its release pushed back to June 7 my month has quietened down somewhat. However, I would be very interested in giving Battleborn a go as I loved the Borderlands series and Gearbox have never failed me. In saying that, I will also note that Doom has piqued my interest as I do miss the series. Overall, my jorts appear to have a slightly longer future than anticipated with the delay of Mirror’s Edge: Catalyst.

May is definitely the multiplayer and shooter month with some great titles due for release. Personally I’m most excited for Doom. After playing the beta I’m pleased with what they have produced and I’m hoping the campaign is just as fun. The servers and controls appeared to be solid so I’m hoping to jump in day one and tear some demons apart. Also, I’m interested to see what Uncharted 4 can bring to the table. After the huge success of Rise of the Tomb Raider they are going to need to go all-out to compete with that game in terms of story and depth.

At present, my jorts are as tight as a cat stuck inside a pair of stockings for both Battleborn and Doom. Having played the betas for both games, I believe these will be hidden gems in May against the big AAA games. Battleborn really melds the classic MOBA and shooter genres well, and although it’s up against Blizzard’s Overwatch, I think it can still hold its own. And Doom?…Well Doom is just that, DOOM!! Any fan of the series is going to love the fast-paced gameplay and unrelenting brutality that it brings, both in its single-player and multiplayer modes. Just like my good bud Kieran, I too am looking forward to a smaller title: The Park. Although the game hit PCs in October last year, it is finally gracing consoles in May. I will be setting up the 7.1 surround sound and rocking this supernatural carnival horror bad boy late at night. Might have to wear the brown jorts at that point to avoid embarrassment.

I am really over the moon about Overwatch. Being a huge Blizzard fan I am very excited to see how the developer’s first foray into FPS goes down with the public. It is also great that it is coming to console, Diablo III sold really well after making the semi-blasphemous PC to console transition and I hope Overwatch can do the same. Like many, I’m also very excited for the swan song of Nathan Drake. UC2 is my favourite in the series and although UC3 was great, it just fell a little flat for me. I care about the characters though and am looking forward to seeing just how the final adventure plays out. As a MOBA fan I am also keen for Battleborn, I thoroughly enjoyed the beta with my fellow DYEGB peeps and we’re now ready to prove ourselves on the digital battlefield. May is a great Month for games! My poor, poor wallet.

There’s quite a lot releasing this month that is likely to tighten the jorts of even the most cynical gamer. There’s been a huge amount of hype over games like Battleborn, Doom and Uncharted 4, but to me these slacken the jorts quicker than Zach loses interest in a game. To be perfectly honest, I’ve not had my eye on any particular game for May but that’s mainly because I forgot one game was releasing in the last week of the month. I am of course talking about the action hack and slash awesomeness of Teenage Mutant Ninja Turtles: Mutants in Manhattan! For this iteration PlatinumGames have once again teamed up with Activision (the team behind Transformers: Devastation which rated extremely highly with our editor Kieran) to bring a cel-shaded adventure of epic proportions (well, I hope). The game will be divided into different stages where players can control all four turtles in third person, with a classic boss fight at the end of each stage. I can’t shake the idea that this game is going to be similar in some respects to one of the games that got my jorts super stretched back in the day, and that is Mighty Morphin’ Power Rangers on SNES. That game was effing sweet and whilst TMNT is unlikely to be like it at all, a man can dream! Plus, I’m pretty stoked about doing parkour and parachuting around Manhattan with some mutant reptiles.

After my time with the Overwatch beta, I’m excited to see how the game goes post-launch. But after considering Blizzard’s track record with game launches (Hearthstone was very hard to log into for a couple of days after Tuesday’s expansion launch and we shouldn’t forget Diablo III’s Error 37), I’ll be waiting a few days before I get stuck in. That’s assuming that Team Fortress 2 doesn’t suck me back in with a full competitive matchmaking launch. I played the original Homefront on my shitty first computer (a laptop I got from catchoftheday.com), and I distinctly remember it being one of the better Call of Duty clones. It’s Tom Clancy-esque story was a bit of a groaner, but it kept the action together pretty well. From what we’ve seen of its upcoming sequel, we’re in for a wild ride and plenty of George Washington analogies. Doom is becoming worrying as of late due to its more modern take (read: it’s too slow), but it’s gory enough for me to love it to pieces. Still, I’ll have to wait for reviews before I can give it a crack. Better yet, I can read ours!

In this article:battleborn, dyegb, Homefront the revolution, Jorts, Mutants in Manhattan, overwatch, Shadow of the Beast, The Park, TMNT, Uncharted 4, uncomfortable tightness