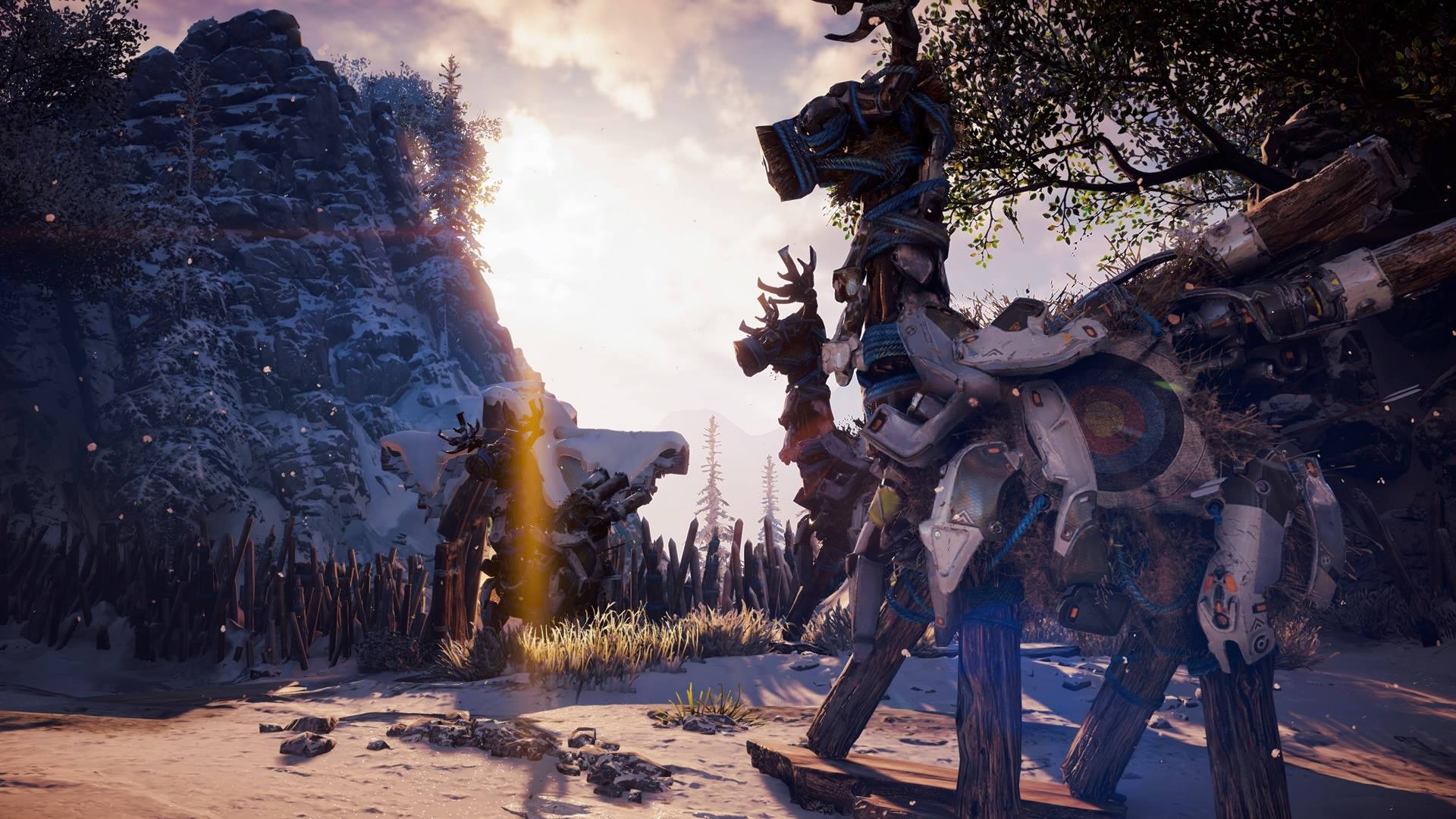 I loved Horizon Zero Dawn, the world loved Horizon Zero Dawn, everything was in its right place. I spent about 40 hours in HZD’s world, completing all the side quests, tracking down collectibles, uncovering secrets; I felt like I’d seen and experienced everything HZD’s lush world had to offer. Now I’m not one to hunt for platinum trophies (I have a grand total of zero), but when a bunch of people claimed it was a fairly simple matter I thought I’d check how many I’d gotten without thinking about it. Turns out I had 98% of trophies for the game, and I was only missing one. There was a good reason I hadn’t gotten that trophy too, namely because it involved a completely inane, irrelevant task that was completely unrelated to the gameplay. Apparently I’d been remiss in not knocking over 23 Grazer training dummies in the Nora region. Platinums be damned, I am not loading HZD back up to complete such a ridiculous task for the sake of simply having a trophy. That trophy to me is as worthless as the participation awards that children receive regardless of whether their soccer teams win or lose these days. I do understand the allure of platinum trophies, and there are plenty of people out there who will hunt them to the end of the Earth, even if you are required to do strange, often arbitrary and difficult tasks. So I turned to DYEGB’s resident trophy hunter Big Lil Rizky, and asked him what some of the most pointless or difficult trophies there are out there. Here’s what he came up with:

Leaderboard trophies were a thing of the past for a long time until ESO dropped. To become the emperor, you have to be the player with the most alliance points in your alliance, which involves obtaining kills in PVP. Your alliance has to also control all six keeps around the Imperial City. More or less, you have to top the leaderboards in an extremely competitive MMO with a large player base. Because of that most don’t even bother with the trophies as it is near impossible to get.

Long may he reign

The platinum for Call of Duty: Black Ops 3 is probably the rarest in any Call of Duty to date. It has roughly a 1.5% platinum rate on psnprofiles, which tracks the hardest of hard trophy hunters. It’s also a single player-related trophy. There are 12 decorations, with 3 in particular that are rough: completing Veteran with no checkpoints, completing Realistic and all 16 combat immersion challenges (also on Realistic difficulty). One decoration called Master of Arms involves you getting 650 kills with each primary weapon and 150 kills with every second weapon (yes that includes rocket launchers, shotguns, snipers everything) in order to unlock all attachments and camos in the campaign. No thanks.

In order to obtain this obnoxious BRONZE (BRONZE) trophy, you have to hear 250 unique lines said by the party member Rise in battle. This happens on many different occasions starting with entering a battle, dealing/getting damage and finishing with everything up to the player’s death. The final boss fight itself has four unique lines, that if you miss…well, you’ve got to do it all again. Oh, and her lines are completely randomised. She basically analyses enemies, so if you’re too high levelled you might get the unique lines relating to you being overpowered but miss out on any unique line she says when you’re under-levelled. There’s also no way to keep track of which lines she has said and hasn’t said. You basically have to write them down if you want to keep track. Nightmare material for avid trophy hunters.

Towards the end of the game you enter a planet called Kalebo where there are moving catwalks (pretty much fancy conveyor belts). You just need to stand and let it carry you all the way to the end. There are about four of them in the level. While Ratchet and Clank is an absolute blast, this trophy is pointless and stupid. After obtaining it I felt like a chihuahua that had just jumped through a small hoop and was now trembling as they waited for a treat.

When you enter Moxxi’s bar you have the option to tip her for no reason. Tip 10,000 and you get the trophy. A pointless trophy for a pointless action, but at least it isn’t difficult.

The description isn’t even accurate as you don’t technically need a large settlement to pop the trophy. In any case it involves building a lot of beds, crops and defences, but this will only get you to about 80% happiness. So you’re standing in the middle of a sea of beds and turrets, and the only way to get that extra 20% is through bonuses granted from having animals around or tonnes of stores. It’s time consuming and you’ll want to murder all the settlers before you see them 100% happy. While we’re on the subject, I’ve just gotten word that there’s another settlement in need of your help…

There are 294 chests in this fucking game. It takes longer to crawl through every window, climb every building, lock pick every door and kill every guard to get to these chests than it does to beat the game (which was already a chore to begin with). Horrible trophy. Most of the chests give you a bit of money, which you don’t really need by the time you beat the game. This is the natural extension of the classic Ubisoft empty checklist gameplay model, where you do arbitrary tasks not for any real gain, but just to tick them off a long list of chores so your mum will let you go outside and play.

To put this into perspective, Binding of Isaac is incredibly punishing AND a rogue-like (procedurally generated areas, permadeath and the like), so everything is randomised every time you tackle the game. This can make it difficult to get specific trophies, and this particular trophy is so brutally difficult that even if the stars align there’s a chance you’ll bite the dust before you manage to ever see it through to its end. Basically you have to die several times in specific ways, with specific bosses, while using specific characters…in order. Doing so will unlock the trophy and a new character called The Lost. There are also a few more trophies which involve using this character to beat specific bosses – no mean feat given he has zero health and dies from a single hit.

Having read these I feel bad for whining about having to knock over a few training dummies, but it doesn’t make me any more determined to bother. What trophies have kept you up at night or bored you to tears with pointless repetition? Let us know.