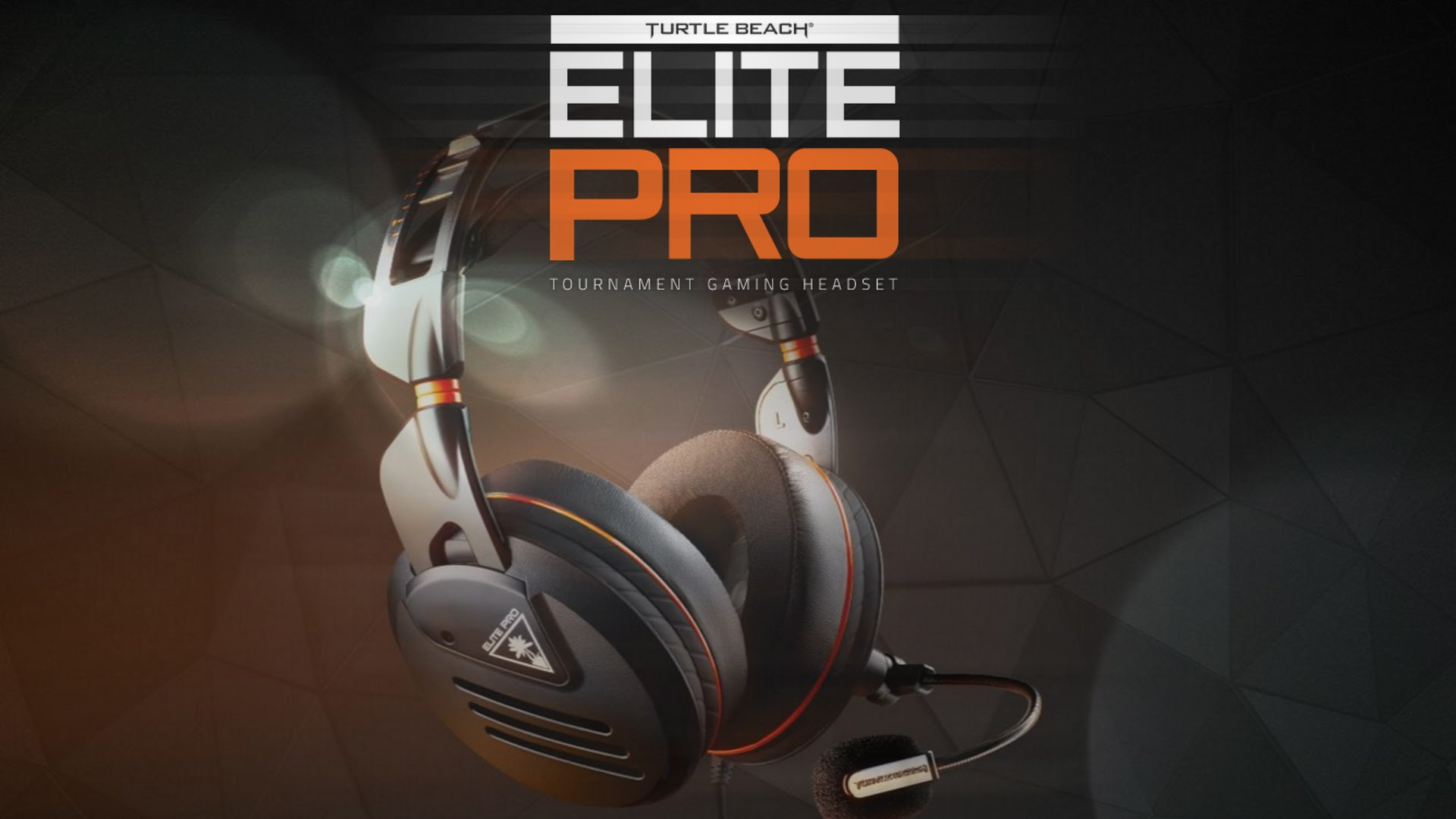 My very first ‘proper’ gaming headset was way back in 2006 with the now ancient Turtle Beach P11s. Although ridiculously uncomfortable to wear, they still to this day provided some of the best microphone clarity I have heard in a gaming headset, even against much more expensive counterparts. This is a testament to the sheer craftsmanship that the gaming audio masterminds at Turtle Beach have provided us over the years, even in the cheapest of its products.

Fast forward to 2017 and we have a new king of the headset hill with the Elite Pro, a headset built from the ground up alongside top eSports players for the competitive scene where clarity and comfort is crucial. This is gear for the big kids who won’t settle for anything less than the best when it comes to getting an edge with audio in titles like LoL, DoTA, CS:GO and Overwatch.

Everything has been thrown through the wringer with the Elite Pro, from providing a new standard in comfort for long gaming sessions and tournaments right down to the tiniest detail in the placement of the microphone. Everything here is done for a reason, and oh boy is it slick.

Let’s start with the comfort factor, Every headset I have used over time (whether it be for gaming, music production or whatever) has always left me with a mild headache after long usage, this comes down to the fact I wear specs and the frames will always be pushed into the sides of my head due to the headset band pressure. The Elite Pro does things differently however, with a pretty nifty feature called the ProSpecs Glasses Relief System that essentially creates indents in the headset ear-cups to make room for glasses frames. Doing this made a world of difference during long gaming sessions to the point I forgot I even had the Elite Pro on my head at all.

Seriously, wearing the Elite Pro is like having a freezer keep your ears cool during long gaming sessions

The feature is straightforward to adjust, simply by removing the ear cups and pulling an internal cord that creates a groove under the leather padding. Initially, looking at the printed instructions that came in the box with the Elite Pro left me scratching my head as to what exactly I had to do, I jumped on YouTube and found a video tutorial very easily however. Again, I cannot stress just how much of a great feature this is for four-eyed gamers like myself. Going back to my other headsets just felt horribly uncomfortable.

Now, the ear pieces themselves are designed for long competitive gaming sessions in mind, no more sweating around the ears due to the smart decision to put cloth inside the ear pieces and leather on the outside. The headset feels cool and comfortable when you put them on, like Turtle beach have conjured up some weird headset voodoo magic that plonks a bloody aircon unit inside the ear cups. I don’t know what is going on in there, but it feels especially nice to wear (especially on hot days). The leather is robust on the outside and comfortable around ears as well.

A top headband and the sides around the ear cups are easily adjustable as well for all head shapes. I tweaked mine over a couple of days until I found a fit that was just right, the comfort factor has been extremely well thought out with the Elite Pro with all sorts of sizes in mind big or small, that can achieve a perfectly comfortable, sturdy fit with a bit of tinkering.

Overall, you can tell that this headset has been designed alongside the top eSports players, the ones who are spending all day everyday battling it out in LoL or CS:GO with a need for comfort over long stretches. After some initial playing around and adjusting you will not even notice these bad boys are even plonked on your noggin, and this is a testament to the fantastic design by Turtle Beach.

So, we have the comfort factor in check, but how do they actually sound for gaming? The short answer is fucking amazing. Take footsteps in CS:GO or Overwatch for example. These sounds are crucial on a competitive level for knowing just where or when an enemy (or team mate) is positioned. Sharp sound quality is crucial for these kinds of titles and the Elite Pro delivers a truly crispy tone and deep bass that keeps heavier sound effects feeling nice and meaty, but without drowning out the much needed intricate sounds of everything else. A good mix of voice chat clarity and in-game sound is vital for a good mix on the competitive scene, but for those players just looking for casual fun the headset provides a total step up from anything you may have been using previously in terms of the sheer audio quality.

Games like Resident Evil 7 and Horizon Zero Dawn were tested on a PlayStation 4 as well (connected by simply plugging in the headset 3.5mm jack into the Dualshock 4 controller). The sounds were as crystal clear as they were on my PC, with Resident Evil 7 dripping in heightened atmosphere and sound effects I missed during my first playthrough. Although designed with a focus on the pro scene and eSports, the Elite Pro is engineered to be a single player gamer’s headset as well. I really dig just how nice the high and low ends complement each other to create immersive soundscapes brimming with life that I hadn’t fully noticed before in my previous gaming headsets. Horizon: Zero Dawn felt much more expansive for example, in most part due to the wonderful sound design from the game itself, which is allowed to be fully experienced through the Elite Pros. My only gripe would be that the mid end frequencies can feel a little drowned out to make way for the high and low ends. This is not a bad thing for competitive games where those high ends help locate the smallest of details around a multiplayer map – but for regular games it can sound just the slightest bit muddy. This truly is nitpicking however, these are tournament headset after all and what the Elite Pro sets out to do, it does very damn well.

For those looking to really get the most of the headset, Turtle Beach have a separate audio device called the Tactical Audio Controller. The TAC provides greater control over sound mixing and microphone output than the bare bones headset does, but at a price point that is just as costly at the Elite Pro headset itself, this is a pretty big investment. Not to mention you would also want to buy a separate noise-cancelling microphone for another 60 AUD on top as well. Having the full kit will give you a huge edge in the sound department, but isn’t entirely necessary unless you are in the market to spend 500+ AUD on a full blown, whizz bang headset. The microphone that comes out of the box will more than suffice for the gamer playing at home, or even streaming. The noise cancelling headset would only be needed for those players in loud environments, hence why they are designed from the ground up for professional eSports players.

Overall, the Elite Pro is a worthy investment if you are in the market to upgrade your headset audio game for competitive play (or simply have money to burn). The casual gamer however would still have more than enough in a headset for half the cost to play single player games and multiplayer titles with mates.