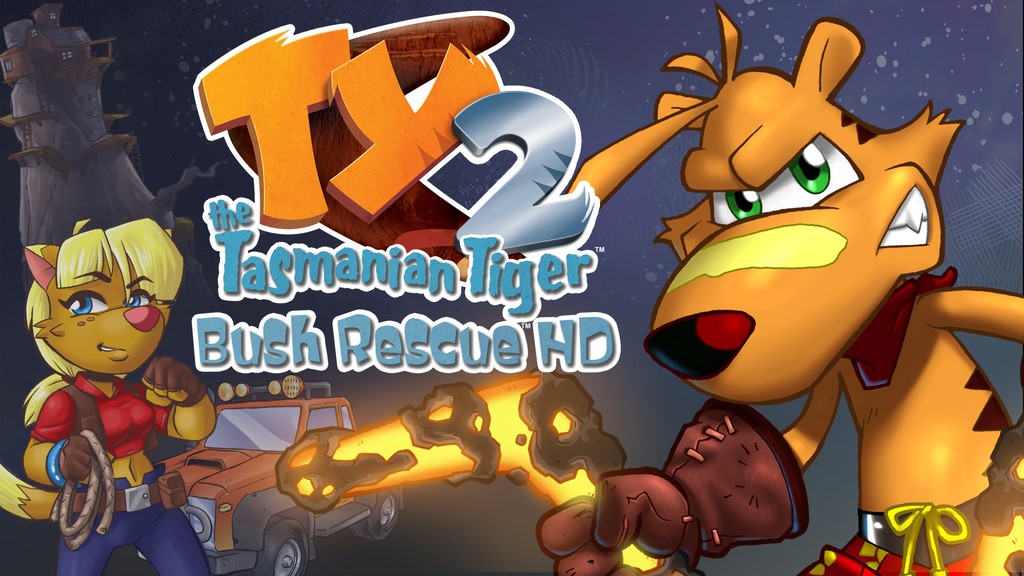 The glory days of mascot platformers may be behind us, but it doesn’t mean we love them any less, in fact, growing nostalgia only adds to our passion for them. One such platformer was the Aussie cult classic TY the Tasmanian Tiger. Developers Krome Studios have remastered the first two games in the series for PC, with the original making its way to Switch and PS4 thanks to a successful Kickstarter.

When I say successful I mean it, seeing as though the campaign smashed its goal and ended up being 264% funded. Clearly people were keen on the HD remaster coming to consoles, so it was only a matter of time until the sequel was given the same treatment. As it happens, those who funded the original Kickstarter were recently told via email update that another campaign was being put together to bring TY The Tasmanian Tiger 2: Bush Rescue HD to PS4, Xbox One and Switch, a promise that is now seeing the light of day.

Though the campaign isn’t active yet, it’s now visible on Kickstarter as ‘Coming Soon’, meaning that it can’t be far away from setting sail. Here’s what Krome has said about the HD remaster via Kickstarter so far:

More rangs, more vehicles, more mechs, more EVERYTHING… in an open world Aussie Adventure. There might even be a few surprises!

There’s little more to know at this stage, but it doesn’t look like we’ll have to wait too long until those who are keen can Kickstart this project.

Are you a fan of TY? Will you Kickstart this campaign? Let us know.